Axial Theatre and Honor Roll! announce an Arts Partnership to further inclusion of women 40 and over playwrights. Axial is a 23-year old ensemble based theater company known for its dedication to developing and producing edge-cutting new theater works. Honor Roll! is an advocacy and action group of women+ playwrights over 40, and their women+ over forty allies, whose goal is inclusion in theater.
This partnership is a  shared dedication to eliminate age discrimination, sexism, racism, and other biases including those based on gender identity, ethnicity, faith, socioeconomic status, disability, and sexual orientation in the American Theater and beyond.  Axial Theatre is dedicated to providing a home for Honor Roll! playwrights to find both creative and professional support, manifested through readings, productions, professional development programs and LABS.Additionally, the partnership will ensure that at least one out of four playwrights selected at Axial's year long "Cactus Flowers" short play development readings will be chosen from Honor Roll! Members and at least one play in our planned "Best Of Cactus Flowers" full production in April of 2023 will be chosen from a participating Honor Roll! member. 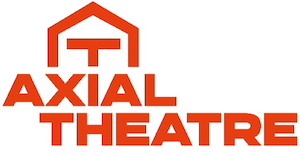 “I am so proud of this new Arts Partnership between Axial Theatre and Honor Roll!. The work I’ve seen this year from their members is simply outstanding. This partnership is a perfect continuation of our efforts to support and amplify overlooked talent in our community, " states Axial Theatre Artistic Director Cady McClain
Axial Theater Board President Howard Meyer states, “The plays presented by Honor Roll! Members have been at a consistently high level.  Axial is thrilled to partner with Honor Roll! and look forward to creating more opportunities for the talented playwrights in their membership.”
The Honor Roll! Executive Committee is Cynthia Cooper, Cheryl Davis, Yvette Heyliger, Olga Humphrey, Jacquelyn Reingold, Sarah Tuft, Lucy Wang.
The outcome will be a dynamic opportunity for the over 40 community of women+ playwrights to have a platform at Axial to be heard, seen, and valued as vital contributing voices in American Theatre.
Axial Theater has been doing play readings in 2021 that are free to the public.