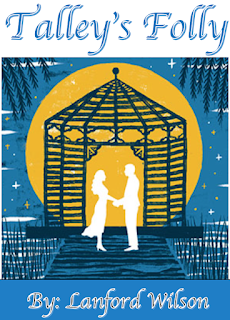 Katonah Classic Stage is presenting a reading of Tally's Romance, the comic romance by Langford Wilson. It will be held at the Bedford Historical Hall, 608 Old Post Road in Bedford, NY on June 17, 2022 at 8pm. Please note, that due to overwhelming response this is a change, it was originally scheduled to be at the Oak and Oil Gallery,
Starring in the reading are two veterans of Broadway, theater, film and television, TONY nominee, Elizabeth Stanley and the prolific NY actor Bruce Sabath. The two are coming together again: in 2006, Elizabeth and Bruce both starred in the TONY WINNING Broadway revival of Company.
Tickets: https://www.katonahclassicstage.com/kcsevents.  Other events at Katonah Classic Stage: