Movie Review of Reeve's THE BATMAN: An Overdue, Superb Reinvention of Gotham and Interpretation of Bruce Wayne as Public Guardian Presented with Against a Fittingly Dark Canvass 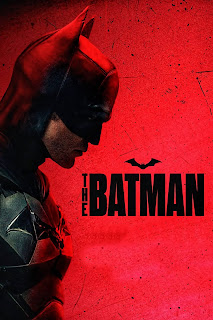 By Ashton Samson,  Twitter: @ashboomstick2
=4.5/5 🌝🌝🌝🌝🌛 Review of The Batman,
Directed by Matt Reeves. With Robert Pattinson, Zoë Kravitz, Jeffrey Wright, Colin Farrell.
In a dimly-lit interrogation room, a police commissioner mutters directions under his breath to a man dressed in black. “Through that door. Hallway to the stairs that go to the roof,” is what he says in a guttural voice. It soon becomes clear that this commissioner is giving the man in black a way out of the building as a swarm of distrusting cops storm towards him.
Soon, the commissioner has been punched in the face by this prisoner who is trying to buy time. He runs as fast as he can, with a hint of desperation and anxiety in his eyes and ends up on the edge of a roof. This man seems to be afraid of heights; he almost jumps back from the ledge, seemingly having just processed where he is. Donning a wingsuit, he jumps off of the building with some apprehension, gliding through the night sky before taking a vicious tumble onto the streets of…Gotham City!

Reader, if the last thing you ever expected me to say was that this is a description of a scene from The Batman and that the prisoner in question is none other than the Dark Knight himself, I would understand. Witnessing the iconic, caped crusader receiving directions on how to leave a building, being petrified of his altitude, and finally landing in a harsh, clumsy crash - is unorthodox for a Batman movie. Although it takes a bit of getting used to, this new interpretation of the iconic superhero is just the kind of revelation that this genre needs, a brilliant film that finally transcends the stereotypes of the superhero genre and becomes something wholly original.
So how exactly does The Batman transcend the stereotypes of the superhero genre? Well, for one, unlike many superhero films, the generic, now entirely overused formula that this genre often utilizes, such as an abundance of CGI, one dimensional villains without a convincing motive and an uninspired story, is nowhere to be seen here.
In fact, Reeves himself has made it clear that the film shares little with its predecessors and that he was much more influenced by crime dramas such as Taxi Driver, Seven, The French Connection, Chinatown, All the President’s Men and even The Godfather when it came to creating a new vision of Gotham City. 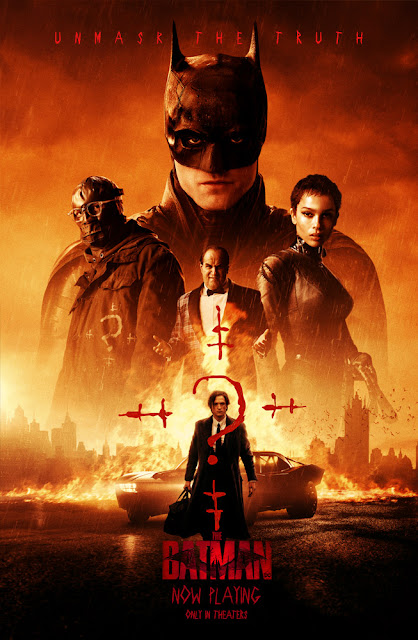 There are only a few action sequences in the three-hour long film; one car chase in particular might very well rank among the most impressive and suspenseful ever committed to a superhero film. Certainly, the villains in this film are fully realized and actors such as Colin Farell, who is nearly unrecognizable as Penguin, take their cues more from film mob bosses than Danny DeVito’s still brilliant performance as Oswald Cobblepot in Batman Returns. The grittiness and vision of a corrupt world is at its most fully realized and bleak, with Reeves utilizing his significant runtime to develop the tone and thematic content of this rich and developed film.
Ashton's Review of the Sopranos Series:
Why he Spent His Summer Watching 86 Episodes
https://www.suzeebehindthescenes.com/2021/10/review-of-sopranos-view-of-this-iconic.html
The Batman has ample time to explore what it truly wants to be. With certain scenes shot in the dark of night, punctuated by highly unnerving music and characters appearing out of the shadows, it feels like a horror film. At others, it is a romance, a coming of age story and even a mob film. However, what Reeves ultimately decides is the genre that best fits the character of Bruce Wayne and the world of Gotham City is a political thriller.
For years, I have known the potential this story had to be told as none other than a man trying with all his might to start a movement of reform in a world of corrupt police and politicians. I have always thought of Bruce Wayne as a public guardian who defends the good people of Gotham City from such criminals. This story has always been conveyed in the Batman universe, but not to the degree that it is here.
This interpretation is even more compelling because it adds an additional conflict. Bruce discovers that his father, who he revered all his life, was actually corrupt himself! The conflict of a young man trying to save a city from people who were similar to his father amidst a backdrop of collapse and moral decay is a very interesting one. There are even depictions of insurrections shown, which feel eerily similar to events that took place in the past two years. And maybe that’s the point, that in finally telling a more political and social tale, Gotham City’s struggles feel closer than ever before to embodying our own current conflicts.
Ashton Samson Reviews Ozark:
https://www.suzeebehindthescenes.com/2022/02/a-review-of-ozark-what-we-know-what-we.html
It is difficult to think of a time when Bruce Wayne was not being depicted in the entertainment industry. He has been ever present, sometimes in more successful films than others. But he has certainly always represented the era in which movies about him were being made. While I am not an advocate in any way for telling the same story over and over, if Hollywood insists, the best story to revisit is Batman. As long as the filmmaker is responsible and does what Reeves did, which is to completely reinvent the world of Gotham City to embody our times, I will happily come along for the ride.
For More Information: https://www.thebatman.com/
Email ThisBlogThis!Share to TwitterShare to FacebookShare to Pinterest
Newer Post Older Post Home