The Ridgewood Guild International Film Festival kicks off its 10th Anniverary in 2020. To kick off the season, they are hosting "An Evening with Oscar" party on Friday, February 7th at Park West Loft, 38 Oak Street in Ridgewood from 8:00pm – 12 midnight.

Held at the upscale Park West Tavern this event is filled with excitement, movie trivia, people in the film business and fine food and drink. Guests also get to walk the "Red Carpet" and pose for photos. There will also be dancing and a trivia and a costume contest with some great prizes from local businesses. You can dress as your favorite Oscar-nominated character, or dress formally. The cost is $65 per person, which includes a two-hour open bar, passed hors d'oeuvres, pasta station, salad and dessert. 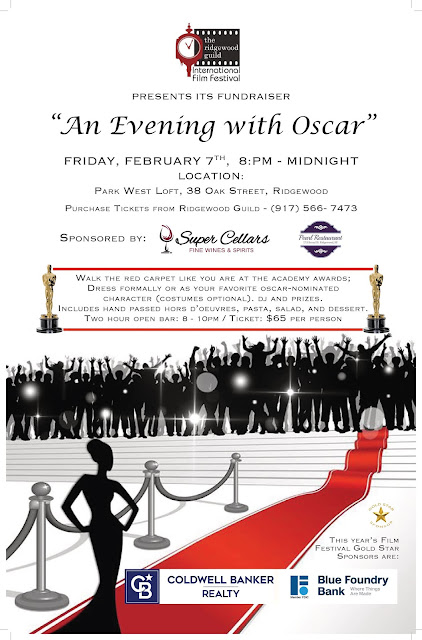 Committee member Jim Suozzo says, "You'll have a good time and meet people you may not have met otherwise. Most importantly, you will be supporting the arts in this community." The party’s signature sponsors are Super Cellars and Pearl Restaurant in Ridgewood. The party is open to the public. If you are a film buff, want to have a nice night out or are interested in learning more about the festival, this is a great opportunity to meet the people behind it.

The Ridgewood Guild International Film Festival holds various events and screenings in 7 days throughout the next few months. The festival awards prizes in several genres of film and also gives two $500 scholarships to the director of the best films by students - 2020 sponsors of these awards are the Ridgewood Guild’s Gold Sponsors – Blue Foundry Bank and Coldwell Banker Realty.  Last year the festival hosted a premiere of a film starring Oscar®-nominee Eric Roberts as well as foreign films, digital shorts and music videos by local and regional filmmakers as well as those abroad. This well-known film festival is being internationally recognized for its hospitality, quality and variety. This year on tap are some recognizable film actors, Hollywood producers, TV stars and some surprises. 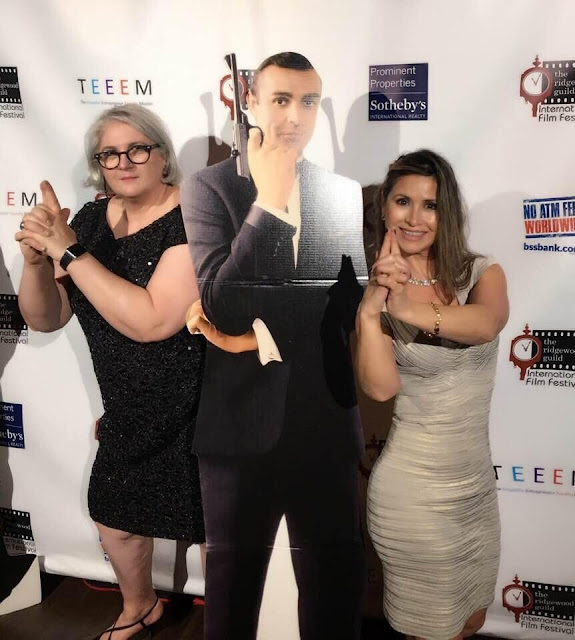 Mark your calendar to check out this festival which this year will have its main nights on April 29 & 30 at the Bow Tie Cinema in Ridgewood. There will also be two Foreign Film Nights at the library on April 2 and May 7. A family film night is also being planned. Submissions are being accepted now. Visit: https://filmfreeway.com/TheRidgewoodGuildInternationalFilmFestival.

For more information on the festival, the fundraiser or to RSVP, contact Guild President Tony Damiano at 201-493-9911. See video here: