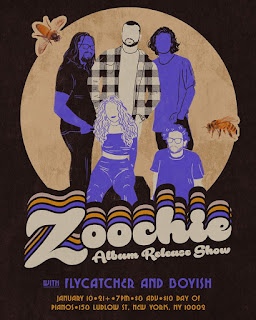 Zoochie, the popular indie-rock band that came together in New Brunswick NJ, is debuting their long-awaited first album at Pianos howroom in New York City on January 10th from 7pm - 11pm EST. The venue is located at 158 Ludlow Street.  Flychatcher and Boyish will open.

Zoochie will be debuting songs from their new album entitled "Honey".  Honey contains 9 dynamic rock tracks, each of them pulling from different influences of each of the band members over the three years they have been together. Expect rock and jazz sounds with whispers of their favorites like Zappa, Cage the Elephant and Haitus Kaiyote.

When asked what can be expected of the album, the band responded. "A specific type of energy.. one that will move you.. something new."

The band's first hit was "Matador." They released an EP in November 2019 called Pow! This past summer they released the song "Talk", which will also appear on a movie soundtrack. The album "Honey" was produced by Paul Ritchie at the Parlor Mob at New Future Studio in Belmar, NJ. 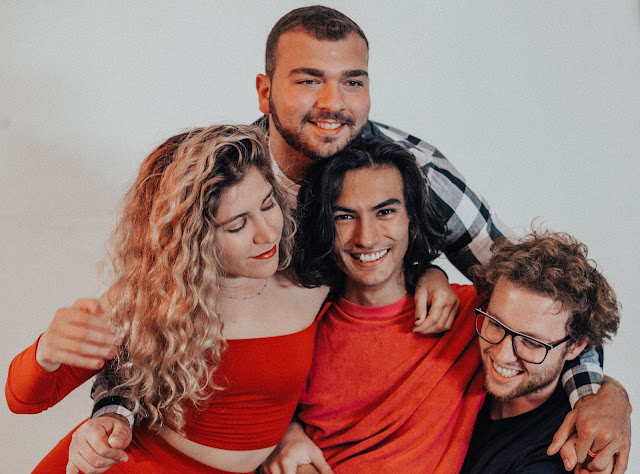 The band has five members. Libby Kallins does vocals and is the main lyricist. Then there's Shane Curry and Tyler Brick on on guitar as well as Chris Popp on bass. Matt Ciliberto rounds out the band on drums. Over the past three years, the band has been playing the basement scene in New Brunswick, New York City, Sofar Gigs, New Jersey venues and Philadelphia.

Tickets are available same day but can be ordered at:
https://www.eventbrite.com/e/zoochie-boyish-flycatcher-tickets-76498670583?fbclid=IwAR2aUy0bdeQsX0o1a7juqb3z4v_NFR9kHf5JvqKba6gBIRrXEkJ6CR29HZI