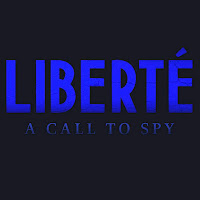 LIBERTÉ: A Call to Spy, a film written and produced by Sarah Megan  Thomas (Equity), will premiere at the 2020 Santa Barbara International Film Festival which runs January 15th-25tth 2020. LIBERTÉ: A Call to Spy, is the story of three heroic women serving as spies in World World II as part of Churchill's new secret army, the Special Operations Executive (SOE) which was designed to build a resistance. The film is inspired by the real lives of three women: Vera Atkins (played by Stana Katic) Virginia Hall (played by Sarah Megan Thomas) who was an ambitious American with a wooden leg, and Noor Inayat Khan (played by Radhika Atpe), The movie was directed by Lydia Dean Pilcher. The movie also stars Linus Roache and Rossif Sutherland.

This film will receive the prestigious Stand-UP Award at SBIFF given by the Anti-Defamation League (ADL) Santa Barbara/Tri-Counties Region in California. The League states, "The courageous heroism of soldiers risking their lives to counter the Nazis is not a new story. What is new, at least for the big screen, that the heroes featured in LIBERTÉ are women, and it is certainly worth discussing why it has taken so long for their stories to be celebrated in this way."

The ADL also stated, "The ADL is proud to stand up with these [LIBERTÉ] filmmakers in highlighting real life heroism.  What made these women truly remarkable, in addition to the challenges they had to overcome as “lady spies,” was the strength of their common conviction despite their varied identities. The lead characters enter frame in Liberté bound by how the world sees them -- an American foreign servant with a disability, a Muslim pacifist of Indian heritage, and a Romanian Jew fearing deportation. By the end of the story, their shared commitment to defend the human dignity of others supersedes any limiting labels, and their diversity proves critical to the success of their respective missions.Given the recent and deeply troubling trend of rising hate and violence directed towards religious, racial, and ethnic minorities in the U.S. and around the world."

Sarah Megan Thomas, who wrote, produced and stars in the film hopes that this film will stir up a conversation about peace. She states, "First and foremost, I  hope to honor the legacy of these three heroes with a though-provoking, entertaining feature that ignites a larger conversation about these incredible women who put their lives on the line for freedom.  Ultimately, this is a movie about the power of individuals. It's about  how  individuals from different nationalities and religions united to resist evil because it was urgent and possible. In the end, I hope people ask themselves -- what would I do in that situation? And how can we as a society work  together more towards peace despite variety background?"

Sarah Megan Thomas added,  "We are so thrilled to have our U.S. premiere at the prestigious Santa Barbara International Film Festival @SBIFF  this week, and to be honored by the ADL "Stand Up Award." Thank you to the programmers for choosing our film."


All screenings at SBIFF will have cast Q&A.
For more information on seeing this film at SBIFF visit:
https://sbiff.org/

For info on Liberte: A Call to Spy
http://libertethemovie.com/