So You Want to Be A Television Meteoroligst: WABC-TV New York Meteorologist Any Freeze Has Some Advice on How To Get Started 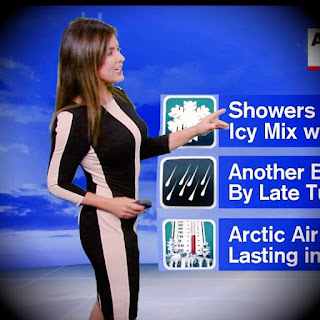 It's always fascinating to see how people get there start, especially when it's a fascinating job. I had the honor of speaking to the lovely and talented meteorologist Amy Freeze of  ABC New York’s Eyewitness News how she came about becoming a meteoroligst in the the biggest TV market in the .Sometimes the best way to figure out how to get to where you want to be is to see how other people did it. Here’s what Amy had to say:

Q. What sparked you to think, “I want to be a meteorologist?”

Amy Freeze: In college I studied print journalism. I  did a lot of work with foreign policy. I did a study abroad in . I studied in . I was very interested in what was happening with the European Union.

I wrote some poems. but I ended up writing for a television station, that happened up in . When I got up to the newsroom there was an opportunity to start doing weather at the state universtiy, and they chose me to do it because of my name. They  were like, you know, your name is Freeze so you should do this and it got the ball rolling. Then I had to further my education in it.

Q: You already had a college degree and were highly educated, but this was a lot of math, right?

Amy Freeze: Definitely. Math and physics play a big role in meteorology and even when you're in the job you have to constantly understand those things. 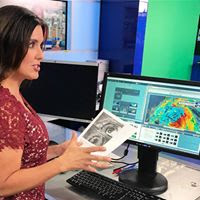 Q: Are there some people on TV that report the weather that are not meteorologists?

Amy Freeze: Yes. Starting with local news, like 25 or 30 years ago they would use radio broadcasters, someone who was a a good communicator, maybe funny, even actors, and that has kinda what a TV weatherman was like. That lingered to some degree in  some stations, but right now the trend is  to have trained meteorologists on staff, and what that means basically is a bachelors of science degree in meteorology or some sort of accredidation either from the American  Meteorological  Society or the National Weather Association. Those credentials are based on peer review and also testing.

Q: So you're in the Big Apple, do the smaller city stations also need meteorologists?

Amy Freeze: Absolutely. Television stations across the country need meteorologists that are educated, so they can forecast weather in a variety of different climates. I've actually lived in 8 states as an adult from the West coast to the East coast and every place in between.  I grew up in so lots of weather and tornadoes there but I've done everything from ice storms in to monster snow in to hurricanes in .  And up in I had an incredible four years  and we had every kind of weather there you could imagine

Q: What kind of weather system or phenomena fascinates you the most?

Amy Freeze: I think my best skills are probably in radar forecasting which is small micro thunderstorms, single cell thunderstorms and whether they'll become tornadic or not. That's probably what I am best at because for a long period of time I used radar. But I also love snowstorms because in snowstorms the most important thing is people wondering “How much snow am I going to get and where?” And the way we do that is by forecasting something called liquid to snow ratio. We look at how much water is in the storm and there we have to turn that into a number of inches. We take into consideration temperatures in deifferent elevations of the atmosphere. There are definitely challeges in figuring this out and also how much snow will go where. l 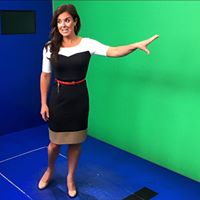 Q:  If you’re a young women or man and you want to be a female meteorologist on camera are there certain courses that you would recommend that they take?

Amy Freeze:  I would say a bachelor of science in meteorology. And you must have a good ability to communicate, be a good storyteller, a good writer and stay on top of current events.

Q: So, if you are a young woman (or man) studying meteorology would you say it's not an impossible feel to break into anymore?

Amy Freeze: No it's not impossible field but you have to prepare yourself and be in the right place because it's most of the time it's about an available cast spot. There's a lot of people vying for the same spot and they're all talented and educated. And regards to the other people that are sitting at the news desk there may be a certain image that they are looking for. Just  research it and do what you need to!


For A Full Interview with Amy Freeze Click Here: