Interview: Actor Desmin Borges Talks His Experience Playing Edgar Quintero on Who's The Worst Now Streaming - What He Learned About Vets, PTSD and Why Vets Did and Didn't Relate to His Character 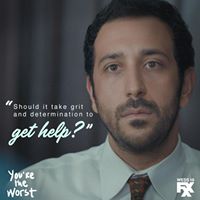 Everyday more vets come home and have to assimilate into civilian life. In You're The Worst, which is streaming on many platforms, Desmin Borges plays a vet with PTSD, and lots of other problems.  We chat with Edgar on what he learned playing this part, and how he was so proud to make a connection with our veterans through this role.


Tell me what is was like doing the role of Edgar, a role that has not been tackled before in this manner.

Desmin: When the show started many years ago few people heard of it, we were the underdog. We were this dark comedy that came strong out of the gate, we just knew we loved the concept that Stephen was putting forward.

We were just extremely lucky that it all fell into place the way that it did. Along the way, we stared on the roda, I play Edgar Quintero, a vet who did two tours in Iraq, who originally was just coming off a heroin addiction. And before we knew it we started maneuvering him out of that, because he was one that didn't enjoy his experience overseas and was having a really hard time transitioning into the civilian lifestyle. And while that's not a new story, it is not seen or portrayed on television often, especially through a dark comedic scope. 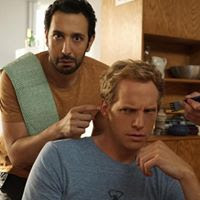 Why do people relate to Edgar?

Desmin Borges: He loves cooking, he loves Rachel Ray, he's extremely loyal to his friends, but he's not the kind of guy who's just going to beat up someone in a store for no reason. He’s dealing with combat PTSD in a different way, not boisterous, not in an aggressive way, but that does happen, but with Edgar we were tackling in a very different way and have to tell it truthfully.

So you did a lot of research for this part?

Desmin Borges: I did a lot of research online, and talked to a lot of vets. I tried to soak up as much as I can to figure out what they are feeling, what they are trying to express and what they can't.  Something we very much take for granted is that we have been here, but they have been away for years and they didn’t get the luxury of moving and growing through life the way that the rest of us did.

The lack of respect for veterans is always something I was aware of but now am more acutely aware of it. I am hoping that the show started a little bit of a dialogue so that some change or at least some knowledge got out there, so that with that newfound knowledge we can start easing their transition. 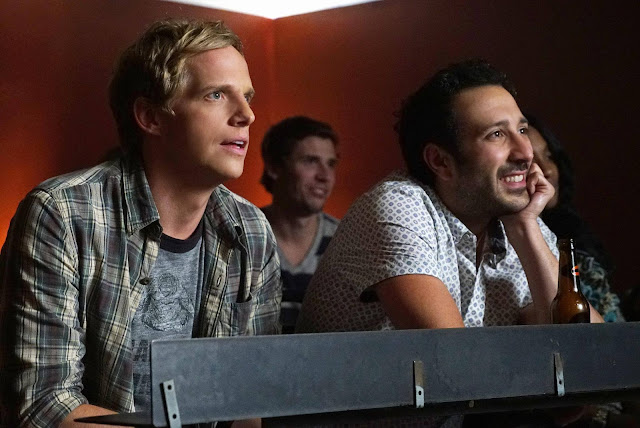 What did you find talking to veterans?

Desmin Borges: It is hard to talk to talk about these things to the veterans. To the vets I spoke to, I didn't really push them with questions or anything I just asked them to tell me about their specific life experience was  and if they wanted to step back in to anything more specific or something about while they were fighting over there I would just soak it up like a sponge, really. I didn' t want to push any buttons, I didn’t want to be disrespectful.

"We weren’t necessarily portraying them we were just trying to give a voice to so many people who feel voiceless."

Did veterans reach out to you?

Desmin Borges: I had heard from quite a few through Instagram and Twitter.  I’ve been in touch with quite a few people who are vets with PTSD or combat PTSD and even those who aren't vets who are dealing with the depression aspects of PTSD.

"You have to want to fix it yourself."

I'm thankful we could do that, reach these people. And one of the storylines we did last year went really deep into Edgar's PTSD, we did a whole episode that started with my character’s insomina and anxiety, and I stopped taking the pills and then I went to the VA and asked for help. They kind of closed the door on my face and I had nowhere to go at that point. And we watched the actual destruction and breakdown  happen, and then he meets a vet at the end of the episode who happens to be a truckdriver who tells him, you can't wait for anybody else to fix you, you have to want to fix yourself and that's how it begins. And then from there that's how it goes. 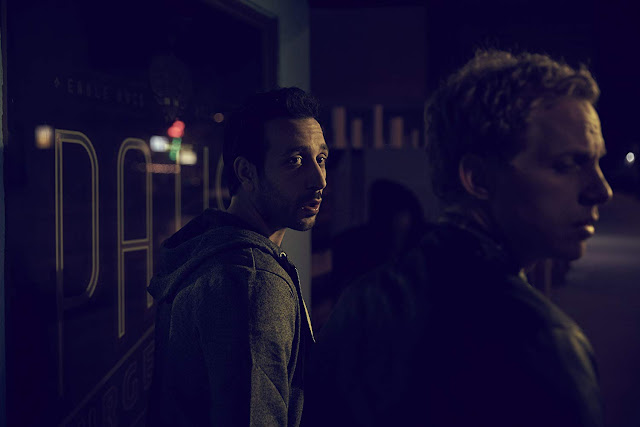 You also heard from family members?

Desmin Borges: We had a lot of people reach out specifically after that episode particularly spouses and loved ones of those because they said they would be sitting there with them watching the episode  and they've never seen their husband or their wife or their brother or sister break down as they did when they were watching  Or they never saw them so encouraged to actually talk about parts of what they went thought, stuff they never spoke out before. This to me is amazing, because you never know what sort of feeling you are going to elicit. And yet, there have been some, that have been very vocal, about how they don't think we are depicting their stories as a veteran accurately.

And I listen to those just as strongly, because you know everybody’s story if different, and if there is a way we can help incorporate those who still feel voiceless, because they don't feel like the way we are taking Edgar, the direction we are taking him in, is there a way we can fix some of that so that we are giving as round, robust and deep and layered manifestation of what this person is and could be and how they are fully formed through it

So yeah, we’ve gotten quite a lot of feedback, and I've been in touch with quite a few people who check in. They ask me how my family is doing, and they’re super invested in the storyline because it's the first time they're seeing someone like themselves on television, and I think that's what I am most proud of about our show, that we took four people and put them on television and said "that's me!" or a version of me or those are my friends and wow this is us and they grasped onto it pretty tightly, so it's been an amazing ride and I'm really proud of it, and we got to finish it up the way we wanted to.

YOU'RE THE WORST can be found on:HulU , Itunes, Amazon, Google Play, Vudu, Microsoft and more