Event Review: Irving Berlin's Holiday Inn at the PaperMill Playhouse in NJ - Glitz, Glam, Dancing and Shining Performances by the Cast Make This A Holiday Must-See For Everyone 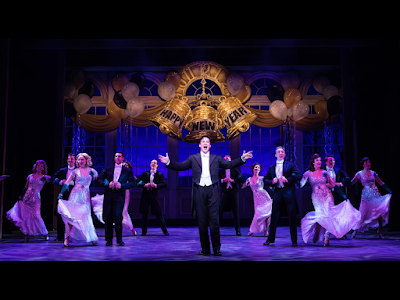 I don’t know about you but after just one pre-Thanksgiving snowstorm, I’m done. Instead of a white Christmas, I’m dreaming of a glam Christmas. A dazzling, shimmery, twinkly, jingle bell Christmas. Just like the ones I used to know. Kinda. Take it from this Jewish girl with holiday envy - check out of the cold and check into Holiday Inn now playing at Paper Mill Playhouse in Millburn, New Jersey. Based on the beloved black-and-white movie classic from Universal Pictures, Holiday Inn features the music and lyrics of Irving Berlin (who obviously shares my secret obsession for reindeer and mistletoe along with latkes).

Paige Faure returns to Paper Mill in the role of Lila Dixon, part of a stage trio with hoofer Ted Hanover and crooner Jim Hardy, who breaks up the act by proposing to Lila and buying a farmhouse in Connecticut. New Jersey native Lila, replete with a Hoboken accent and an ability to belt, is more interested in Steppin’ Out than stepping away. This high-energy crowd pleasing opening number gives way to Jim’s low spirits as he takes up residence alone in New England. 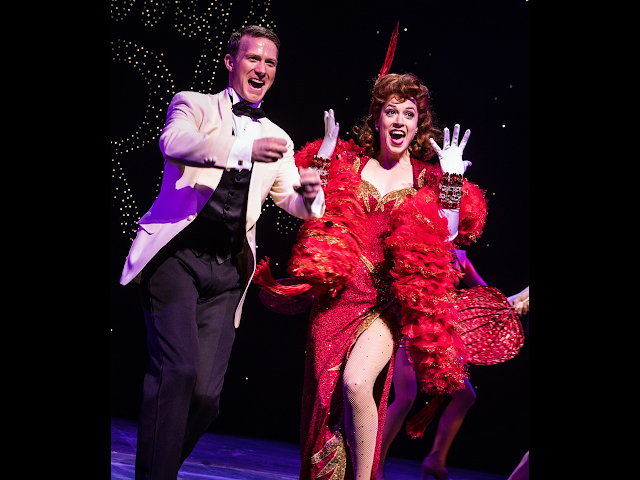 Or not so alone. At the end of Act I the scenery instantly transforms (with, I like to think, a little bit of Christmas magic) into the shabby, but still stately, Mason farm. There Jim meets former owner Linda Mason (Hayley Podschun) who just happened to put on shows as a girl right there by the piano in the grand living room. And so becomes Holiday Inn, a rural destination for Hollywood-worthy productions. Nicholas Rodriguez as Jim convinces Linda to join him by wooing her (and the audience) with the first of two performances of White Christmas in a rich, melodic voice that beckons us to another time.

Curtain up for Act II where the audience literally become the guests at Holiday Inn. It is New Year’s Eve 1947 and spirits are high. Ted returns to help his buddy make a go of it, in a hilarious and brilliantly executed number that showcases Jeff Kready’s tapping talents. Hayley Podschun charms him (and us) as his easy, graceful partner. And a new trio is born. The Inn’s caretaker, Louise (Ann Harada), is an unexpected firecracker and comedic delight. She invites Lila and the trio’s former ensemble to make the Inn a success. Known for both her performances on stage on TV, Ann brings a new twist to the classic story line. And expect to see more of the young Jian Harrell (as Charlie Winslow) who charms his way into the production as well. 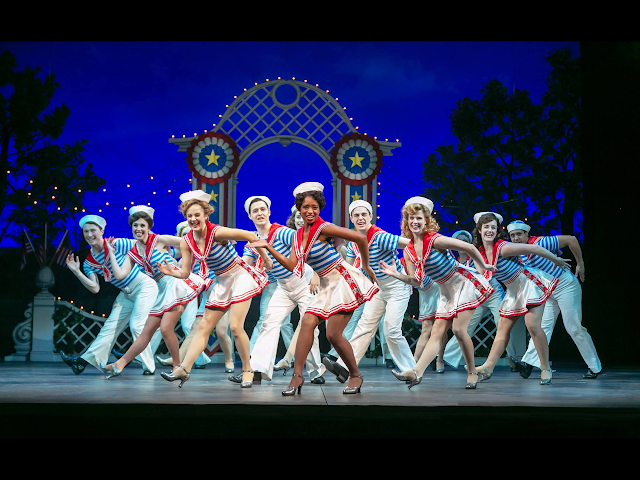 Among other delights, the pit orchestra is at once part of both the Paper Mill’s and the Inn’s productions. The costumes, designed by Alejo Vietti, rival any glossy holiday catalog. Along with special effects for extra sparkle, Holiday Inn is a holiday treat. A perfect gift for anyone on your list, starting wit yourself. Merry Christmas, Happy Hanukah, Happy Kwanza and peace in the New Year. May all your holidays be glam.

For Tickets and Info:
https://papermill.org/
Email ThisBlogThis!Share to TwitterShare to FacebookShare to Pinterest