Indie Film Awakening Arlene by Brad Forenza Wraps Production in NJ - Sopranos Star Vincent Pastore Stars, Music is by Grammy-Winner Julie Gold in this Short About A Woman Coming of Age in MId-life 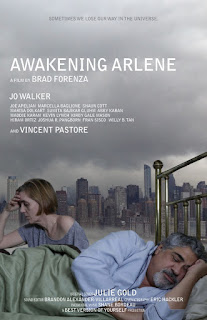 As Walker, who plays the title character, observes: “Awakening Arlene addresses existential themes like freedom, aging, and angst. It’s the story of a middle-aged woman struggling to make sense of her worlds, both large and small. The problem is that her worlds often defy logic and feel beyond reproach.”

Singer/songwriter Julie Gold opens the film with haunting voice and perspective through her original lyric, “Don’t Ask Me (I Don’t Know) “Awakening Arlene is just what the world needs right now: a female protagonist finding her voice and taking action,” says Gold.


“I grew-up listening to Julie Gold’s music and I’ve admired Vincent Pastore long-before his star-making role,” notes writer/director Forenza. “With the rest of the Awakening Arlene family, their generosity of time and spirit are humbling, and are true testaments to creative collaboration.”

“When you have learned and perfected your craft, it is your obligation to pass it on and teach those who aspire to the dream of being an artist,” says Pastore. “Brad Forenza creates funny characters, and I’m proud of him for putting together this short film.”

The information in this article was supplied via press release to BehindtheScenezz.com