Interview: Actress Natalia Livingston Produces a Touching Documentary "In Their Shoes" About Men in a Prison Re-entry and Addicion Recovery Program - A Strong Message about Struggles, Society and Hope

Natalia Livingston, best known for her roles on the daytime dramas General Hospital, Days of Our Lives and Tainted Dreams  is not just an actor, an acting coach who owns an acting school but also a producer, having on her resume several shorts and shows. Far from the romance and typically light-hearted fare on daytime drama, her new documentary tackles a tough and disturbing subject, men in prision. And it seeks to send a message - showing us the human beings behind the bars. This documentary follows the lives of men in a prison reentry and addiction recovery creative writing program called Writers Without Margins. I had the opportunity to interview Natalia about this important and meaningful project.

Natalia first explained how this film seeks to understand - not glorify - those who have struggled with addiction, turned to crime to feed their addiction, served long prison sentences, and are now reentering society, struggling to recover from their addictions, and working to carve new paths in life. She hopes that this film helps people see the reality of the drug crisis, up close and personal, from the perspective of those who have lived it, thus the title "In Their Shoes."

"We are more than our labels. We are all complex human beings who are defined by the totality of our lives - not by one chapter alone." - Natalia Livingston 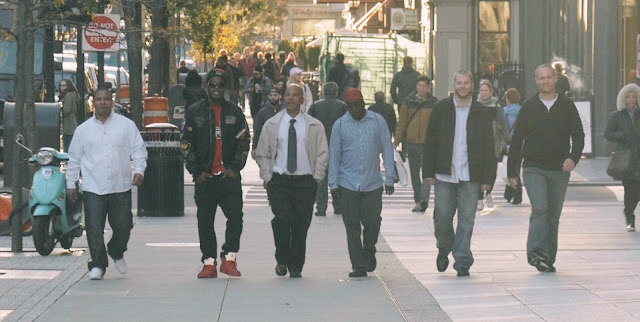 How did this come about?

Natalia Livingston: My best friend, Cheryl Buchanan, is the Executive Director of an incredible nonprofit program in Boston called Writers Without Margins, which works within a prison reentry and recovery program, among other places. For years, I've been moved by the work she has been doing and the progress of the men in that workshop. I was inspired to help in some way. Through my business Actor Boutique in Atlanta, I have built a strong community of filmmakers. I offered to help Writers Without Margins make a short video for their website. We quickly realized that this story was much larger than any short video could ever tell. It organically took on a life of its own and here we are producing what I believe will be a touching and powerful documentary.

You are an actress, what made you make the leap to producing?

Natalia Livingston: I'm still an actor. Always will be. Adding producing has been such a powerful and energizing creative outlet for me. I left LA in 2011, looking to get out of my comfort zone and live a little, so to speak. I was yearning for more - creatively and personally. I felt stuck and needed to break free and explore the world and my own potential. I started working on my bucket list. Lived in Europe on my own before moving to NYC to work behind the scenes in tv and film. Long story short, I pitched a show to Nat Geo, they loved it, and before I knew it I was a producer of a show I had visualized and traveling back and forth from NYC to Alaska. It was a once in a lifetime adventure. After that, I moved to Atlanta, started my own business, and produced several shows and short films/videos through my studio. I learned a lot and discovered that I enjoyed the creativity and autonomy that comes with producing. It's empowering and makes me feel free.

What is your newest project?

Natalia Livinsgton: Well, right now I'm producing a baby, haha. I've had a wonderful pregnancy, so far. My husband, Matt Aldag, is such a gem and has helped me every step of the way. We're in the home stretch at 8 months pregnant. Can't wait to see our little one. She's due at the beginning of September!

Natalia Livinsgton: It's been inspiring and eye opening for me. We had the sense, from the very beginning, that this was an important documentary. It's a different perspective on the drug crisis, thus our title "In Their Shoes: Unheard Stories of Reentry and Recovery." It's a story about men but often the women in their lives play a key role, as relationships do in all of ours. The trust between them and Cheryl the facilitator is also an important element.  It's a beautiful thing to see and be a small part of. It's an honor to witness this new path the men in our documentary are slowly carving for themselves. I'm inspired by their challenges and their triumphs. 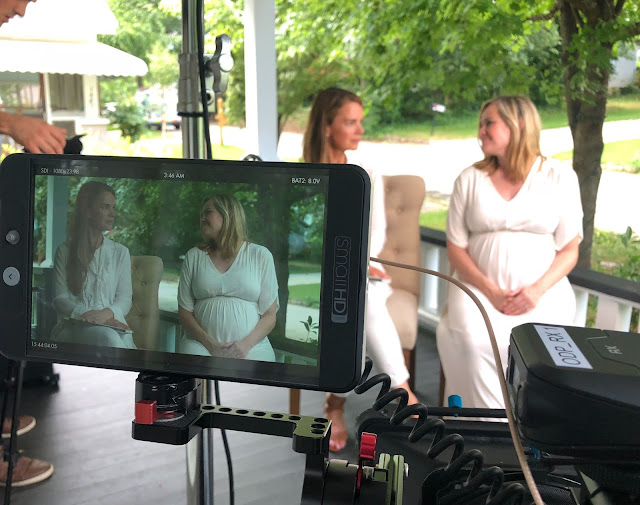 Did you have any problems?

Natalia Livingston: Coordinating the shoots was complicated. It was a real logistical challenge to film the men based on the reentry facilities having very strict regulations for their participation in the documentary and in everything they do.   Getting access to certain "experts" in the field - the mayor of Boston, prison officials, Congressman Kennedy, addiction specialists, and academics studying this field was not easy.  Agreeing on what exactly to film, with respect to such sensitive issues, was also a process. We didn't want to film anything that wasn't the reality of the situation, but we wanted to be careful not to exploit in any way either.

We decided at one point to get footage on Methadone Mile in Boston - a strip of the city that visually represents "rock bottom." Our director had to go undercover - concealing his camera and pretending to be someone living on the street. It wasn't the safest of circumstances, but our intention was to convey a critical reality that would be missing when our main subjects were usually sober individuals merely recounting their worst experiences with drugs.

Did you find something that you did not think you would find?

Natalia Livingston: I really wasn't sure what we would find. One thing that surprised me was how kind, respectful, and considerate the men in our documentary were toward us. It was a real lesson in the one dimensional misleading nature of labels. At first, I was a little scared. We were speaking with "felons" - men who had committed serious crimes and who had served long prison sentences. I'm not excusing those crimes in any way. I'm just noting that we are more than our worst labels. We all are.

“We are multi-dimensional figures. Understanding their pasts, their back stories, helped me to understand them as more complex human beings.” – Natalia Livingston 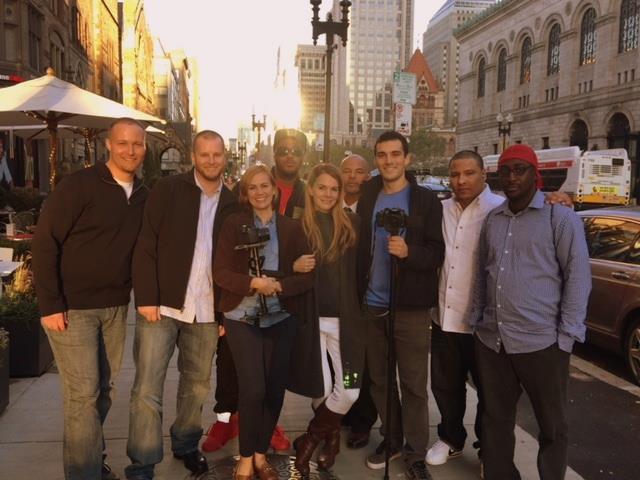 What is the message you want people to get from this?

Natalia Livingston: I'd want people to take a few minutes to try to understand. Not excuse or glorify. No way. Just take a look behind the scenes. Just listen. If at the end of the documentary, you haven't changed in some way, that's ok. I get it. But I doubt that will be the case.

What are your plans for this or where can people see it?

Natalian Livingston: We plan to submit this to as many film festivals as we can. Our big goal is to take it to schools across the country and have the men in the documentary speak to kids and help guide them avoid the awful consequences of addiction, stay on positive, healthy paths in life, seek help when necessary, and know that recovery and redemption are possible.

For Updates and Information: