NJ Event Review: The Wedding Singer at Long Beach Island's Surflight Theater is a Joy for Any Fan of the Film but the Dancing and Singing Will Amuse Even a First-Timer 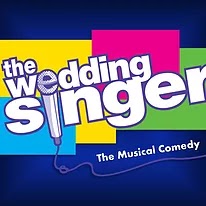 I am a huge fan of the Wedding Singer, well, almost any Adam Sandler movie. So when it was coming to the Jersey shore in a play version, at the Surflight Theater on Long Beach Island, I had to go see it.

It was a sunny beach day so the theater was not that packed but it was worth taking a few hours off the beach to see this. First, I did not expect it to be a true musical, you know, the kind with solo performers singing about what's going on and feelings and what not, so when it started I was a bit suprised. I was suprised because the Wedding Singer already had a lot of songs in it without adding more.


But, this was SO well done. The 80's references were a laugh a minute and this Jersey Girl chuckled and noticed each Jersey joke. It stuck pretty much to the story line of the movie, though if I had a few paragraphs time I could tell you exactly what they changed in this movie. No meatball payments, that was one thing. No driving test. No butt-touching by a 13 year-ld kid at a bar-mitzvah. But, the essence of the story and the characters were all there, and well played.

And of course, some of the main lines, that any fan knows, were kept intact. We all know what Julia recites when she stands in front of the mirror after she tries her wedding dress on. I sat in anticipation of some of the best lines from the movie and I was not disappointed. But I won't spoil it here- you'll have to go see it.


Robbie Hart was played believably by Owen Beans. He did not look like Adam Sandler, so it took awhile for me to get used to him, but once he belted out Somebody Kill Me Now he had me at hello. Julia almost Gulia was played by Christa Steiner and I must say she was excellent. She had  Drew Barrymore's  mannerisms and demeanor down, and she looked like her. Her voice was incredible. Her friend, originally played by Chrstine Taylor in the movie, was played by Lexi Baldachino. This character had a bigger role in the play than in the movie. She was a more-cliched 80's chick than Christine but the essence of the character was captured and heightened, and she had a very strong voice as evidenced in the solos. I also enjoyed the comedic exaggerations of the characters played by Andrew Foote (Glen Guglia) and the Boy George band member played by Ryan Mulvaney, but the entire ensemble deserved kudos. 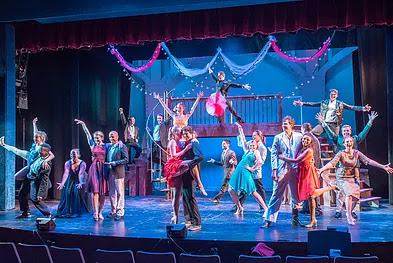 What struck me most was the athleticism of the dancing. For a small theater, I was very impressed by the choreography (and costume) of the dancers. The dance numbers were a site to behold.

I walked away singing "I want to grow old with you." Any fan of them movie will LOVE this play.