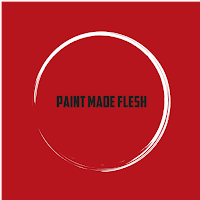 Paint Made Flesh is a new play coming to New York City for a limited engagement June 12th, 14th and 15th at The Cell, 338 West 23rd Street in New York City.

The play is written by Howard Meyer and directed by Cady McClain (Seeing is Believing: Women Direct and Actress most well-known for All My ChiIdren). The play is a production of Evolutionary Media Group, Amanda Quinn Olivar, Eva Paris Cicinyte and the Axial Theater.


According to Cady, "the play reveals the interconnected histories of three sexy, creative, and ambitious people as they deal with the repercussions of their deception."


Writer Howard Meyer states that the play tackles, "how can someone, be driven, ambitious, very successful and still maintain a satisfying, intimate relationship? The play takes place in the world of fine art and also politics, but this question really applies to any walk of life. We are living in an increasingly driven world. How can relationships be protected and nurtured in spite of that? Can relationships be protected, nurtured in spite of that? "

Synopsis: Willa, a transplanted NYC painter, now teaches at American University in Washington, DC. The star of her Masters program at Columbia University she has had crushing disappointment career-wise since graduating that precipitated her retreat to a lower profile existence. After ending a long and passionate relationship with a rising NYC star performance artist (during and post her Columbia years) she is now about to marry a seemingly “normal guy” and “settle down.” Keir, her husband-to-be, is a Washington DC politician from a good DC family who is diligently working his way up the political ladder. Although able to find humor in daily life, “the senate sucks the funny out of him.” He’s constantly trying to lose weight, as he was heavy set in college. He loves Willa and thinks he can create a stable life where she will be happy, but also has a huge secret from his college years that Willa is confronted with when, Dylan, Willa’s performance artist ex makes a reappearance in their lives. Dylan’s attempt to reclaim what he thinks has been lost forces them all to face the cost of deception in the service of ambition and love.

Starring in the play are: Willa Benson, played by Meredith Garretson. Dylan McGregor played by Stephen Louis Grush, and Keir Connelly played by David Lanson. The play has acts of creating art as well as video and performance art.

Cady adds, "I am thrilled to be working on this amazing new play by Howard Meyer with some of the best actors I could imagine having in these roles." 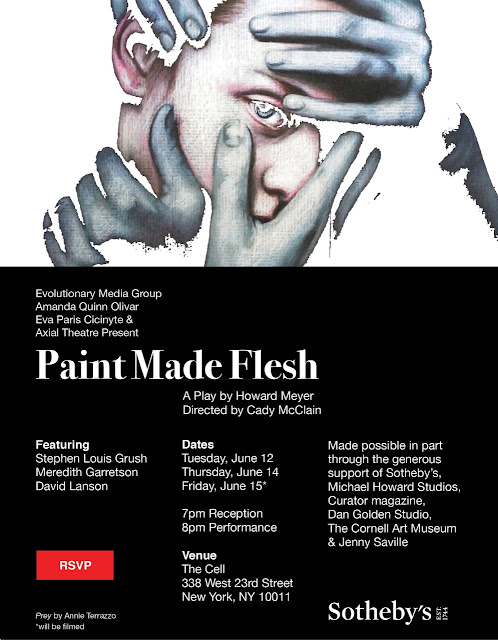