Review: Escape to Margaritaville on Broadway - Leave Your Port of Indecision, Sail On Over for Last Call and You'll Leave Happy 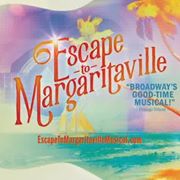 It's Hamilton for Parrotheads.
But even if you don't know what a Parrothead is,  you'll enjoy this escape.
I must start by saying I don't care for musicals. Musical movies, yes, Broadway no. I almost left after 5 minutes of Spongebob the musical, which critics love. I think I am the only one in the world that did not like that one. I did like Charlie and the Chocolate Factory. I need a real story and dialogue along with the music. WIthin the first few minutes of Escape to Margaritaville I knew I was in for a treat.

I must admit, I am a Parrothead, not a die-hard that knows the words to every single song, but I know most of his songs, have seen him in concert at least 4 times and if there is a Landshark Bar or Margaritaville Restaurant in the vicinity that is where I will park my flip flops. 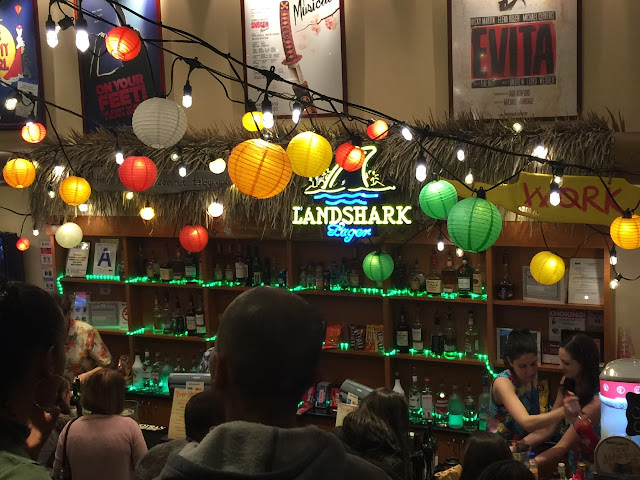 I had been joking with my husband, saying, if I don't like this musical than I am not going to spend money on any others because it just must be that I don't like Broadway musicals, no matter what the reviews are like.
I am also what you might call a Jimmy Buffet purist, so I had my doubts. Would there by jazz hands? How would that work with his guitar-strumming, drink-with-fruit in it balllads?  I was truly afraid of someone or choruses of altos and sopranos  butchering his beloved songs. 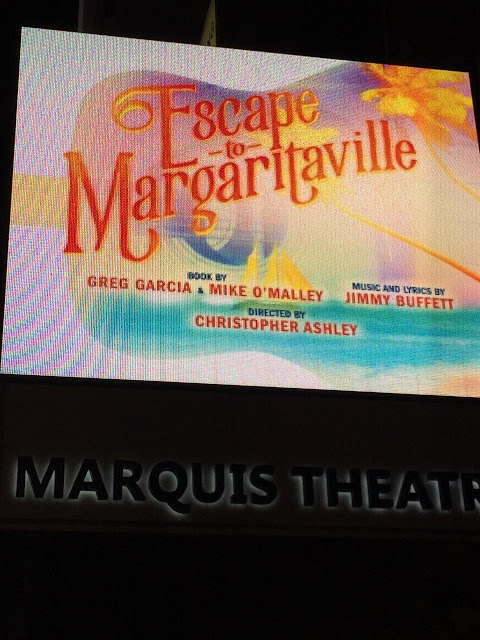 Well, somehow, the jazz hands and the choruses worked. It wasn't Jimmy singing the songs, and the songs were done in true Broadway form, but I still loved it. The essence of what Jimmy and his Margaritaville state of mind stood for were not just evident but amplified.
What I Liked.
The staging. In the middle of a cold day in New York City, the Marriot Marquis was like an oasis in the middle of Manhattan, chock full of  tropical drinks, tiki bars and Hawaiin shirts. And that was just in the lobby. The stage decor was bright and tropical. The sets were well done, not too elaborate but just enough and always happy and colorful. (Referring back to Spongebob the Musical, I have to admit I liked the sets there, which were very similar in color and style).
The songs. I knew most of the songs. There was a song or two I did not know all the words to. And, there was a song or two that I knew right off the bat was original to this show. But they blended in well. What I liked the most, was realizing that the plot of this story was based on one of his songs, Last Tango in Paradise. I never really listened to all the words that carefully, so interesting choice to create a story around it. There were lots of other "eggs" for Buffet fans. Again, one has to know the lyrics and how they used them. For instance, I never really focused on the other foods mentioned in Cheeseburger and Paradise, but now I'll never look at zucchini fettucine the same way. 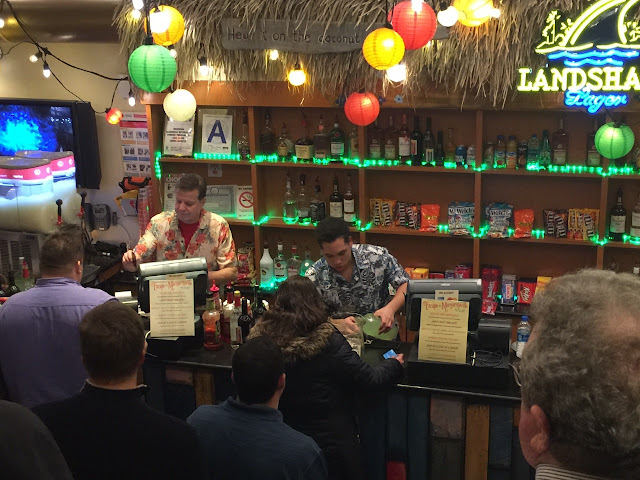 The plots. In a (coco)nutshell, the show is about two ladies from Cleveland who go to a resort called Margaritaville, and meet a singer looking to find himself.  What I liked were two of the subplots. For one, the story was about a strong women, a workaholic scientist, looking to accomplish something big. Related to this, what she was doing was something regarding the environment. I have read that people thought is was ridiculous, but they are missing the point that it was an educated female interested in doing something to help the environment (what is was didn't really matter)  and the male protagonist was just wasting away in Margaritaville with not much ambition.
The dialogue. It was cliched for the most part but clever and there was a lot of humor in it. i was not expecting Shakepeare. It is Jimmy Buffet so I wanted a vacation for my brain. We all knew there would be a happy ending, but we did not know the twists and turns to get to it. And I am sure all the Parrotheads were quickly reviewing all their song knowledge as the play progressed to try to imagine or predict what songs would be used and how,just as one would try to predict songs at one of his concerts. This show did not disappoint. It covered the expected classics and through in some others. We all got to move our fins from left to right and we shouted Salt Salt Salt at the appropriate times.
Being a Jimmy Buffet purist, who can handle some male country singers covering his songs, it was hard for me to get used to hearing a female voice do his songs, but it did add to the variety of the show and made the soundtrack more interesting. 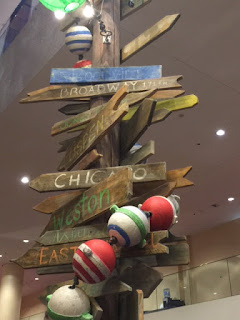 Best line in the show was when the Jimmy character was playing his songs, struggling as a musician and he gets discovered. The agent says to him, you'll make tons of money because "white people love this kind of shit".
Yes we do.
If you want a fun time, a break from your workday and a little bit of Jimmy to calm you down, head on over to the Marquis Theater for an Escape from the everyday, an Escape to Margaritaville. You'll leave with a happy feeling even if you didn't drink a Margarita.

For More Information:
http://escapetomargaritavillemusical.com/
https://www.facebook.com/BuffettMusical/
Email ThisBlogThis!Share to TwitterShare to FacebookShare to Pinterest