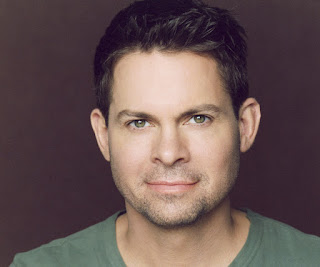 "It will be a really fun night" said Trent Dawson, about his fundraiser for his new short film, The F. On June 22nd at the Freeman Studio in NYC at 6:30pm he and a bunch of his good friends from the soap world will get together for a night of nostalgia about As The World Turns (though Trent was recently on GH) and more.There will be a performance, music, a silent auction and a short montage featuring ATWT bloopers.

Trent wrote a play, and now he wants to make it into a short film. Without giving away what the "F" is - you'll have to come Friday to find out- we know the play takes place in a NYC subway station, and in one of those, anything can happen! I talked to Trent about his new play when I saw him at Cady McClain's play in NYC, and he promised the evening would be a good time.