Nan began her career as a Ford Model and studied acrobatic ballet and owned a dance school. She now has a successful real estate career and spends spare time advocating for minorities in entertainment. She is an active member of New York Women in Film and Television (NYWIFT), a supporter of African American Women in Cinema (AAWIC), and President of the Board of Directors of The Academy of Film, Television, Stage and Performing Arts, Inc. (AFTSPA.org)

Collar follows the life of a working class family, the Williams. TJ is a cop, and the movie starts out with "just another day of policing: which really, given the job of an officer, is never predictable or calm. However, by the end of the day his life and those of others will be forever changed because of a snap decision he makes. It's a story that could be a real headline any day.

Here I talk to this indie producer to find out more about his journey and his movie, which is currently making the film festival circuit.

Tell me about how Collar came to be?

What gave you the idea for the script?

David saw that 'socio-economic' conditions in the US were changing in the 90's and how it was putting pressure on communities, families and authorities in a way that was polarizing them along racial lines.  He picked the most dramatic scenario that he could imagine, a life and death situation involving the police and a young black man and the horrifically devastating consequences to all, should he be killed while the detective was on duty.  At the time it was written, no one even thought anything like that could happen.  It is kind of eerie how prophetic the story really is. 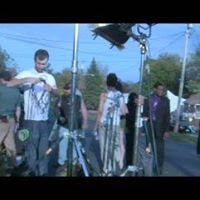 Tell me about production. Where did you film it? How long did it take?

We filmed in Orange and Sullivan Counties, New York and one day in a qualified sound stage in Brooklyn, as was required to fulfill our tax credit qualification.  This was a major factor in us making the film here in New York, whose State Tax Credit Program we consider to be the best anywhere.

We had 150 people working for us during a 6 month period in 2009 and then a year later when we added scenes and stars (Tom Sizemore, Rebecca De Mornay and Richard Roundtree) we hired another 100 people to complete the principal photography during the worst economic period in three-quarters of a century.  We added the stars to facilitate a broader marketing strategy,

However, because of the controversial nature of the content and the economic landscape, we soon discovered that even though the film was considered "epic" by one of the premiere industry representatives and was greeted by tremendous public support in screenings, we could not secure desirable distribution in any traditional manner.  'Hollywood' didn't see our film as, "Believable!" How soon they forgot Amadao Diallo, enter Trayvon Martin, Michael Smith, Eric Garner, Clarence Castillo and the hundreds (965 last year alone!) more who have died in police 'profile' shootings, since we completed principal photography on our film.  Our pure intention was to avoid that which has obviously become, for some unfathomable reason, unavoidable. 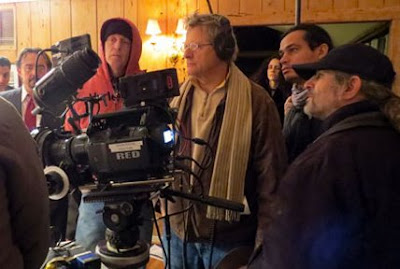 Working with the actors on this film was pure joy.  It was especially satisfying working with Tom Sizemore, who took the job largely due to the fact that he and David had studied with Sanford Meisner at the Neighborhood Playhouse.  They shared a common vocabulary, one that David now teaches in his classes, which made things move more rapidly and fluidly.  It was much the same with everyone on the cast.  In fact, Sizemore could not believe how quickly and pleasantly everything moved.  When his part was done and he was 'wrapped', his response was, "Can't I stick around and do more?  This was great!"  This was a sentiment shared by all in the company.

How did you cast Rebecca De Mornay?

We were assisted in casting or principal roles by Gerry Wolfe in Hollywood, who put us together with Rebecca's people, as well as Tom's and Richard's managers.  We spoke to them directly, made them very lucrative offers for a very short period of time, put them up in extremely comfortable accommodations and provided chauffeured transportation and luxury RV's for their 'on set' use. It's kind of what you have to do.
Explain in your words the relevance of this film today.

The real question should be, "Is there anything in this film that is not relevant to today's social climate in the United States?"  This film deals with everything from racial profiling by law enforcement, racial injustice overall, abuse of power, corruption in the courts, child abuse, 'opioid' and sex trafficking,  fear of retirement, alcoholism, mental illness, sexual misconduct, infidelity, dysfunctional family relations and gang violence.  Does this sound relevant enough?  The challenge is to keep it 'entertaining,' while being relevant.
What is the message or conversation you want to surround it?

When you look at all that is pulling at the fabric of American family values, what is the conversation that we must have to begin to address these pressing issues as a community.  How do we heal broken systems, broken institutions, broken families and the resulting damaged lives.  What can you and I do as individuals? Where is God in the conversation?

What else can we look forward to from Willy-Gilly Productions?

We love what we do and have plans for 50 more projects over the coming decades, with two (2) films slated for later this year.  Both of these films are 'coming-of-age' stories about some of the seemingly overwhelming challenges of many 'Millennials' in this new Millennium.

Fun Facts About the Gillys

Nan is the host of a show, Empowering Women Everywhere, which won a Telly Bronze Award. It can be seen at: www.empoweringwomeneverywhere.tv.