Viewers can join the "Virtual Release Party" with Byrne, cast, and special guests by using the hashtag #weightcrazy on Twitter and by following @weighttheseries, starting at 7 PM EST, August 2nd.

Weight follows Claire, a middle class mom (played by Byrne) who returns home from a reality weight loss competition 100 pounds lighter but finds she’s gained some extra baggage due to the complicated reactions of her dysfunctional family and friends. Byrne, a mother of three, has first-hand experience dealing with the expectations of Hollywood and the absurdities of life on camera, making Claire's struggles balancing mommyhood and reality show fame/infamy believable, funny, and relatable. 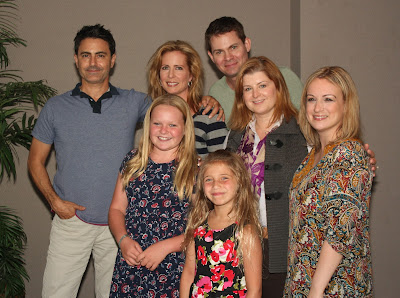 The series also stars Allison Smith, best known as Mallory O’Brien on The West Wing and Jane Curtin’s daughter Jennie on Kate & Allie, Bradley White, most recently seen on ABC’s Revenge and Showtime’s Masters of Sex, Peyton Ella, who made her TV debut as the youngest Von Trapp in The Sound of Music Live with Carrie Underwood on NBC, and Kate West, daughter of three-time Emmy Winner Maura West and Scott DeFreitas, with special guest stars Trent Dawson (As The World Turns, Homeland), Dee Freeman (The Hughleys), and Maitely Weismann (Masters of Sex).

The series is created, written and executive produced by Strauss. A popular female voice in the digital space, she saw an opportunity to bring a dramedy spin on America’s obsession with weight loss and reality television for a look at how weight can bring together and also divide people.

The pilot is directed by veteran primetime television producer/director Frederick King Keller, who has directed and or produced over 200 hours of episodic network television, most recently serving as the Supervising Producer of the hit drama Blue Bloods for CBS.

The project is repped by Ken Slotnick and Liz DeCesare of AGI Entertainment.

Note: The above is a press release from Weight.