Are we there yet? Here's a look at a few famous films featuring female leads. Are we getting closer to accurate depictions?
Written by Susannah Patience.

Films with strong female leads are few and hard to find. While we don’t realize this when sitting in a comfy chair with a bag of buttery popcorn at the theater, we should take a step back and take notice when women are given the opportunity to be center stage. Movies that represent real women, like our mothers, our aunts, our sisters or our friends, make me respect the industry even more. It’s the idea of empowerment and admiration for these relatable characters that draws the audience in. While it would be utterly impossible to name every great movie with fabulous females, I’ve complied a select few, which I think, serve women justice.


The Help is one of my all time favorite movies. Set in Jackson, Mississippi in 1963, Skeeter, the main character, returns home from college. A passionate writer searching for her niche, she decides to secretly interview black women who are employed by wealthy southern families during this time. This terrific cast features Emma Stone, Octavia Spencer and Viola Davis who all come together to stand up for something they believe in. Together, they form an unbreakable bond as they defy racial boundaries, expose racism and inspire those to face the changing times head on.
The Hunger Games trilogy has taken

American by storm. Grossing over $408 million at the box office, it has made actress Jennifer Lawrence an A-list star. Katniss Everdeen, played by Lawrence is the heroine as she
risks her life and embarks on a journey, consisting of the “hunger games” where she might fight for her life. Everdeen is the epitome of a woman that everyone can admire. She is smart, determined and courageous. While the movie does have a romantic flair with another character named Peeta, Everdeen proves that she can hold her own. She doesn’t need a man and is the role model society needed. 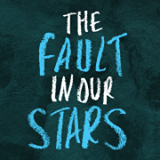 The Fault in Our Stars details an unexpected twist, as we are welcomed into the life of Hazel Grace, a sixteen-year-old girl with cancer. Grace redefines the role of a female heroine; one who isn’t fighting zombies or others, but fighting a battle against herself. She falls in love with another cancer patient, Augustus Waters, whom she meets at a support group. The movie is centered on their romance and we can’t help but feel her pain when she loses him. Grace allows us to view female heroism in a different and relatable form. Played by rising star, Shailene Woodley, this coming of age film is a must see.

The hit franchise Fifty Shades of Grey also features a female in the lead role. We are introduced to an innocent college graduate named Ana Steele. After she interviews the ever so mysterious and suave Christian Grey, she falls swiftly into a tale of erotic and deceitful romance. Throughout the movie, we can’t help but love Grey’s manipulative and charming character as we are secretly rooting for Steele to win over his heart. Newcomer Dakota Johnson commands the big screen and leaves us to desire more in the movie’s ending cliffhanger. Stay tuned as the sequel is due out sometime next year!

Last, but not least, is Gone Girl. Based on the New York Times best selling book by Gillian Flynn, the movie industry took a dark spin last year with its recreation of this dark, but intriguing tale. The main character, Amy Dunne is an undercover sociopath who plots and fakes her own murder and kidnap. She tries to put the blame on her husband Nick. With her short blonde hair, wide doe eyes and pretty pout, it’s hard to believe Amy could be capable of such a heinous crime. She is never caught, even though Nick finds out she was the mastermind behind the murder. The movie ends with her pregnant and seemingly overjoyed as she sits with Nick in a picture perfect setting. Gone Girl crossed new boundaries. First, it showed that the good guys don’t always win, which was unexpected. We were rooting for Amy to be arrested and sent to rot in prison. Yet, we get a pretty picture of her new life. Second, the film paints the image of females in a new way. Females can be villains, they can look innocent and they can get away with it.

The movie industry is at a turning point. Females in lead roles are now considered an important and successful demographic in Hollywood. Articles on the web even dub 2015 as “the year of women.” What will this change mean? More accurate depictions? Greater attendance among females?  A greater number of females behind the scenes? Is 2015 the beginning of a transformation? Only time will only tell.

Susannah Patience is a junior at Rutgers University and an avid movie-goer.
Email ThisBlogThis!Share to TwitterShare to FacebookShare to Pinterest