"Feel Good" Interview Series: Actor Tyler Harlow of Marry Me in Yosemite on Hallmark Channel - Ten Things and More to Know About Him 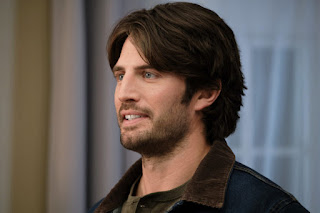 By Markos Papadatos
Senior Writer and Powerjournalist
Actor Tyler Harlow stars in Marry Me in Yosemite on the Hallmark channel opposite veteran actress Cindy Busby. This marked his first-ever career Hallmark film. "It was wonderful," he said, especially for him to be afforded the privilege to shoot at Yosemite National Park. He subsequently described it as a "wonder of the world." He hopes this movie gives viewers a deeper affinity for nature and the wilderness. "I enjoyed it my experience working with Cindy on this film," he said.

His favorite movies include Tombstone, Big Fish, and Top Gun: Maverick, which he recently saw in the theater. "Top Gun: Maverick felt like a Blockbuster experience," he admitted. "The way they created that film was a homage to that era," he said.

Harlow hails from Vermont, and he enjoys binge-watching the series Ray Donovan, starring Liev Schreiber and Jon Voight, which is seven seasons long on Showtime.

His favorite cheat meal is "pizza" especially since it is "a hard one to turn down."

A Little About His Life and Attitude

Regarding the title of the current chapter of his life, Harlow said, "Momentum."

Back in his youth, he shared that he did the long jump in track and field, which gave him an appreciation for athletics. This time around, he would participate in the high jump and the hammer throw due to their intensity. "They are all cool," he said.

In swimming, he would do the butterfly stroke. "I appreciate that one the most," he said.

His favorite motto to live by is "measure twice, cut once." "Take your time before you execute something because that might be your only opportunity, and it will save you a headache in the long run," he said.

Pepsi or Coke? Coke, even though I don't drink soda

Singing or dancing? Both, I like both of them

Burgers or tacos? Tacos based on variety alone