Interview: American Master StoryTeller Jonathan Kruk - From The Legend of Sleep Hollow to A Christmas Carol and Everything In Between 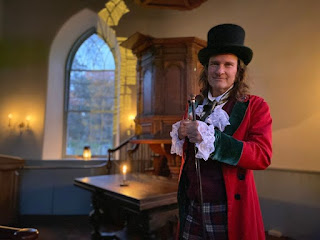 Jonathan Kruk has become a legend in the tri -state area in his own right for his master storytelling of such legendary works as The Legend of Sleepy Hollow and a Christmas Carol. Read on about how this former English professor became a sought-after storyteller in this time of electronics and bells and whistles. His style and exuberance captures the viewer's attention and leaves one asking what's next. Find out why.

Ashton Samson: I understand that you grew up in Westchester County (a suburb of New York City).  Growing up in this area, what legends, stories, or surroundings might have inspired you to pursue your present career?