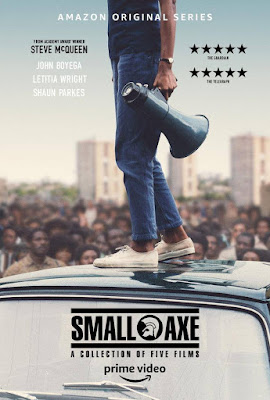 This quote is at the heart of 2020’s Small Axe, a brilliant and very timely new effort from director Steve McQueen. Being an anthology series of five films that takes place between the 60’s and the mid 80’s in the West Indian area of London, it covers a wide range of ideas.
Among them is the “celebration of all that community has succeeded in achieving against the odds,” (McQueen) an exploration of racial prejudice, Black resilience, resistance and freedom. Part of the magic is in the individuality of each film, which is fresh and different from the previous installment.
Despite their individuality, fundamentally each of them are linked together by the phrase small axe that McQueen took from the Bob Marley song of the same name. Marley’s lyric, “If you are the big tree, we are the small axe,” emphasizes his belief that the imposing and oppressive established order can be brought down or changed for the better with small, but peaceful acts. McQueen’s Small Axe puts this belief on display in all five, with the best of them being my favorite of the year, Mangrove.
The movie, based on a true story focuses on Frank Crichlow, the owner of Mangrove, a small West Indian restaurant in London’s Notting Hill. Frank opened the restaurant to provide his community with delectable Carribean cuisine, as well as a safe haven from the local police who continuously harassed migrant Black businesses in the area. When the Mangrove becomes a target for repeated police raids, Frank tries to distance himself from local activists, until he is approached by Altheia, a high ranking member of the Black Panthers. She draws him into the group as they begin to plan the peaceful protest that is the first “small axe” to cut away at racial inequality and police violence. The Mangrove becomes a powerful symbol of refuge and freedom from the prejudice that the members of the community experience at the hands of the police on a daily basis. 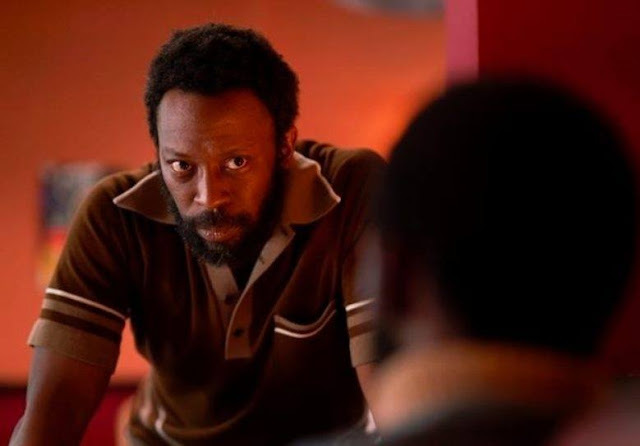