Film Review: A Case of Blue Features Award-winning Performances by Stephen Schnetzer and Annapurna Sriram - It's A Story of Modern and Vintage Love 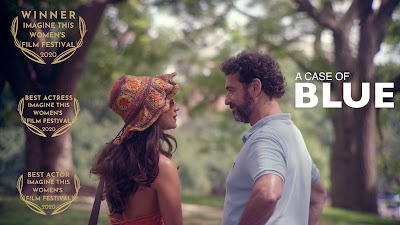 We have have spent most of the last year searching.  First for toilet paper.  Then Lysol wipes.  Lately any stray Xanax that might have slipped into the fuzzy abyss of our purse.  But - good news - the search for what to watch next is over.  Dana H. Glazer’s new film  A Case of Blue is not only what we have been searching for.  It is about what we are searching for.  The timing couldn’t be more perfect.

Stephen Schnetzer delivers an award winning performance as Richard Flicker, a recently retired accountant. To fill his newly free days Richard pursues an old passion and takes up drawing classes.  It is there he encounters Amelia played by Annapurna Sriram (Feral, The Blacklist) the granddaughter and striking imagine of his first love, Marci. Neither Richard’s wife, Ellie (Tracy Shane), nor his best friend, Kenny (Ken Baltin) seems surprised by this improbable but not impossible coincidence.  Nuanced symbolism blurs where the past and the present intersect.  Pause. Go back.  Look carefully.  Now go back to the beginning.  Watch it again. You will need more popcorn.

Pay close attention to the relationships.  Richard and Ellie are that enviable couple with a comfortable rhythm to their days and the unremarkable conversations of the long married.  They are at times one and yet noticeably occupy their own spaces.  Ellie is a competitive figure skater and Richard an avid tennis player*. She waves from the window as Richard heads into the city for art classes. Richard stays home to play tennis while she travels to a rink. He cautiously mentions Marci and Amelia and Ellie casually listens.  Kenny is the best friend we all hope to have.  Easy to be with, Kenny is loyal, supportive, yet  infuriatingly non-judgmental about Amelia.  And then there is Amelia herself.  Exposed but elusive.  Inviting but guarded.  Amelia reminds Richard of who he once was and confronts him with who he is now. 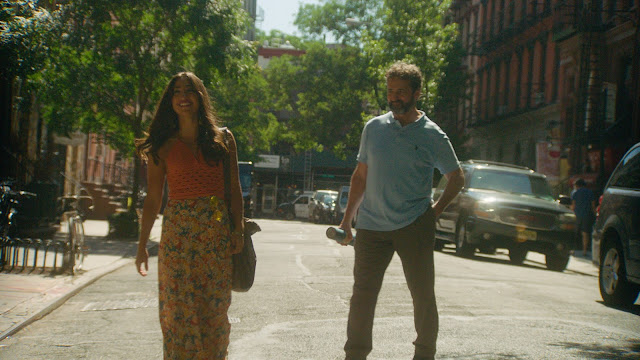 Most adults will know someone like Richard.**  We know his family.  He’s our neighbor.  Maybe we were at his retirement party. Like Richard, we carry our past with us.  We ask ourselves, “is it proverbial baggage or a foundation to move forward?”  You cannot not walk away from this film. It will lead you back.

Add to this a memorable soundtrack that draws you in and lingers long after the closing credits. 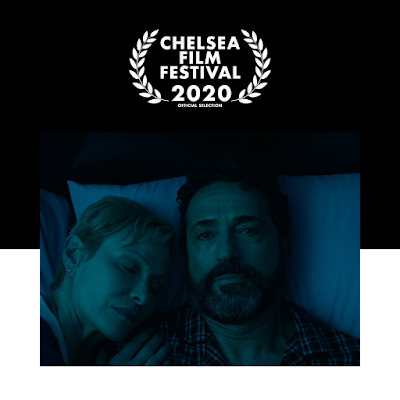 Need more? A bonus for Joni Mitchell fans who will appreciate the references to her 1971 album “Blue”. A quiet film, A Case of Blue will have you talking.  Perfect for a date night.  Or two.

For Information on A Case of Blue:

Editor's Note: This article has been edited and updated.