Interview: Actress Amanda Baker - A Country Girl Whose Heart is in Hollywood, Read about her Journey from ABC's General Hospital to the CW's Black Lightning.. and a Role in a Hallmark Christmas Movie 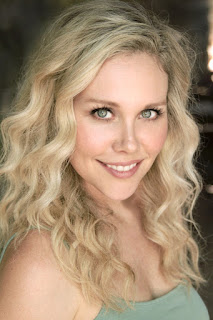 The beautiful actress Amanda Baker may be from the South, but her ambitions brought her to different parts of the country. Like a lot of aspiring actors she went to LA to find a job, but the difference is that she actually did. Her first big role was on the GH spinofff Nightshift, but she also found roles on many other shows including another daytime classic All My Children, Rules of Engagement, One Tree Hill and Parenthood. Film work includes Hello Sister, Goodbye Life (with Lacey Chabert) and Pandemic  (which my guess is enjoying a lot of streaming success these days.) Now she's using her time to raise her family, but still working. You can see her as the reporter Rebecca Larson on the CW's Black Lightning and also in the Hallmark Christmas Movie A Nashville Christmas Carol.  Find out more about Amanda's life and also, what's she's watching now.
UPDATE: Watch Amanda in Hallmark's A Nashville Christmas Carol premiering 11-21-2020
When did you get the acting bug?
Amanda Baker: I was in a play in middle school called, “How To Eat Like a Child” and I remember the rush I got on stage performing. That was when I knew I had a love of acting! 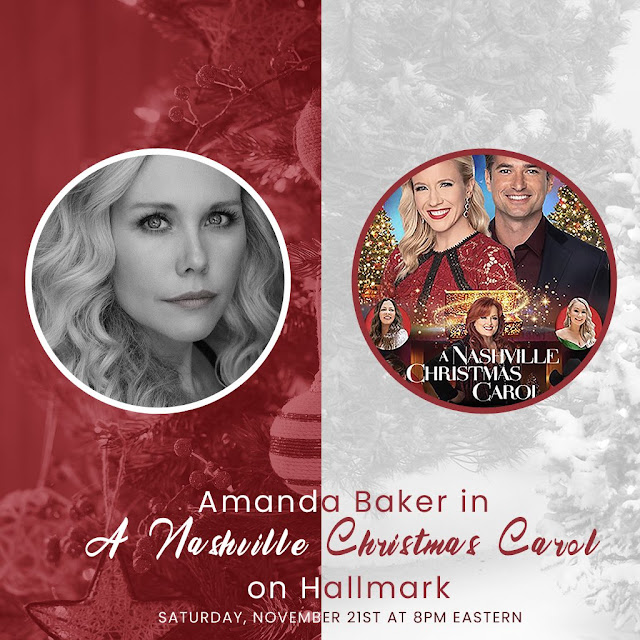 I see you went from your home in the South to Los Angeles. How soon did you find roles? What was your first role?

Amanda Baker: I started my acting resume in the southeast working in Charleston, Wilmington and New Orleans and then after I felt like I had enough credits on my resume and some contacts in LA I decided it was time for a move. My first big role was actually Jolene Crowell on GH Nightshift. That was about a year after I moved to LA.

You were on both All My Children and GH. What are some of your best memories of being on these shows?

Amanda Baker: I loved working with Bradford Anderson on General Hospital and GH Nightshift. He is such a character on screen and off! I just learned that in his comedy show that he does with Steve Burton that Jolene is a little part of their act. So fun!


After the soaps, you had different parts on so many shows, including films like Parenthood, Rules of Engagement, the movie Pandemic and most recently Black Lightning.  What was the most challenging?

Amanda Baker: My most challenging role was for sure playing Babe in her last scenes. I know I wasn’t dying in real life, but it was in a way like a death in my life that her character was coming to an end. Reading those scenes and playing them out was tough, but some of my best work I think because I really felt all of those emotions.

Do you watch any soaps? Why do you think they are not gaining as many fans as they should be?

Amanda Baker:  I don’t currently watch any soaps, but I did grow up watching them! My grandmother watched Days of our Lives and my mom watched Y&R so I knew all about them. I think fewer people are watching because there are so many options these days. Plus you have the ability to watch shows whenever you want. It’s not like back in the day when you were limited in your choices during the day. There was no Netflix or Hulu!

Tell me about your blog. It's just beautiful with so many great ideas. When do you have time to do it with those two young children?

Amanda Baker: Lately, I haven’t had any time to devote to it. So sad to say! But when my husband and I moved to Nashville we were doing all sorts of DIY projects and it inspired me to start the blog. Plus I was doing a lot of stuff with my son that I wanted to document. I do want to start doing more with it!
See Amanda'a Blog:
https://wildertimes777002102.wordpress.com/author/amandaactor/

What advice would you give to a young female wanting to be an actress?

Amanda Baker: I know everyone’s paths are different, but for me it was important to start locally and go from there. Take classes to hone in on your craft and get a local agent. Work on projects and build up your resume before moving to LA or New York.

Once you do that I feel that it is easier to get the attention of an agent or manager in bigger markets, which is what happened in my case. Take casting director workshops as well. I took one with Mark Teschner from GH and he got me in to audition for GH Nightshift so you never know what will happen!

What are your plans for the future? Will you continue to pursue acting, juggling motherhood and work?

Amanda Baker: I do plan to continue acting and see where that takes me! There is a lot happening in Atlanta, which isn’t far from me. It’s a bit daunting trying to juggle it all, but I am blessed to be able to be a mom and still pursue my acting career, which I will never take for granted! 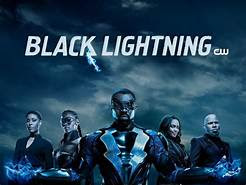 Black Lightning is such a cool show. Will you be back?

Amanda Baker: I hope to reprise my role as Rebecca Larsen on Black Lightning on the CW when they start shooting season 4! I’ll keep you posted 😉

What Amanda Baker is Binging Now


What Amanda is Noshing on These Days: