Opinion: What an Enterainment Writer Needs to Gear Up on for 2019 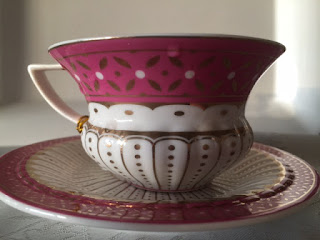 My Thoughts...exactly!  An Opinion by Beth Abramson Brier
Welcome back to me.  I finally emerge from my sugar-plum-soaked-post-Hallmark-holiday-season stupor only to learn that Reese Witherspoon drinks whiskey from a teacup!  FROM A TEACUP! Did you know this?  More to the point, how did I not know this??? Even worse, I came to know this only because - and understand my shock here- it is a title of a book on the clearance table at Costco. Did you hear me?  AT COSTCO!!  ON THE CLEARANCE TABLE!!!  Not only does the news of this genteel inebriation take me by surprise, it leaves me wondering - WHAT ELSE HAVE I MISSED? 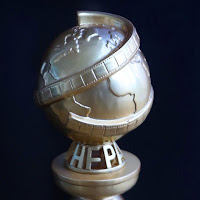 I had all good intentions to start the New Year “au courant”* with celebrity news. To binge watch “The Kominsky Method”.  To understand all the inside jokes at The Golden Globes. To book a ticket to Sundance. But I didn’t . If only I weren’t distracted (okay, completely paralyzed) by shutdowns. By furloughs. By Brexit. By the Bezos divorce. So instead of being in the know, I am frantically catching up on which other celebrities might also be imbibing spirits from fine China while I was blinded by the headlines.  Am I the last to know that ELLEN STOPPED DANCING on her show? Apparently she stopped a couple of years ago!  I would have known this sooner if only I had continued to go to the gym in the afternoons at 4 pm EST. If only my children still went to the orthodontist who had subscriptions to multiple entertainment magazines.  If only the E! Entertainment channel hadn’t been the collateral damage in my renegotiated Comcast package.  If only I had known, I would have send my friends GIFs of Sedentary Ellen rather than Dancing Ellen .

I would have also known that Hillary Duff drank a placenta smoothie after giving birth.  At home.  In water.  She described it as “delightful”. (The smoothie.  Not the water birth.) And she’s not the first celebrity to do so. If only I had been paying attention.  If only I had not been worried about TSA sick outs when my kids are flying coast to coast. If only I wasn’t mourning the loss of Boo the Dog I could have told Hillary (and apparently Chrissy Teigen, Kim Kardashian, Alicia Silverstone  and January Jones) about milkshakes- “The Better Smoothie”.   You know the “Eat this;  NOT THAT” kind of thing.   If only. 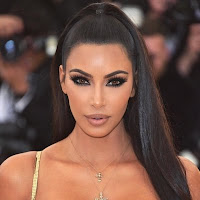 Speaking of the Kardashians (and are we ever NOT speaking of the Kardashians?), I just found out that Kim and Kanye are expecting a fourth baby via a surrogate.  Of course, the timing is tricky since my iPhone just blasted that Caitlin Jenner has asked Kanye to be her best man when she marries Sophia Hutchins. I could keep up but let’s be honest, it’s partly their fault. If only the Kardashians were still shocking.  If only the Kendall-promoted-Fyre Festival had been the new Coachella.  If only more people liked Kylie’s baby Instagram more than The Egg.  If only.  If only I weren’t forced to question my crack legal skills for failing to understand Rudy Guiliani I would have known that Mayim Bialik took in a roommate (California rentals are $$$$ and The Big Bang Theory is in its final season).  If only I could tell Karen Pence that there are thousands of student in LA who also deserve art education then I would have known that Brad Pitt and Charlize Theron have been dating for a month (“Bradlize”- you heard it here first). If only I could look away from CNN, BBC, FOX and VOX, then I would have known that Emma Stone has been sporting noticeably darker tresses.  Yes.  I would have known all this and that Reese Witherspoon drinks whisky from a teacup.  If only.  *see how that high school French comes in mighty handy!