Interview and Video: Alex Weisman Talks His New Film An Acceptable Loss and Being in Harry Potter on Broadway 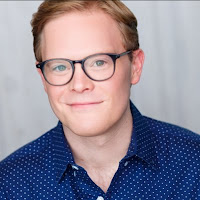 Alex Weisman's character Jordan is front and center to the events unfolding in the new political thriller An Acceptable Loss  starring Jamie Lee Curtis and Tika Sumter  In this edge-of your-seat thrileer by Writer/Director Joe Chappelle, Alex plays Jordan,  grad school roomate of  Martin (played by Ben Tavassoli)  Martin has a secret that haunts him in this movie and then does what he can to protect a secret  (but no spoilers here you'll have to watch the movie to see if it's the same one). Jordan doesn't quite know what's going on, but his trusting spirit knows it's something.. somthing BIG.

Behind the Scenezz caught up with Alex Weisman on a cold night in NYC for a Special Screening of An Acceptable Loss  hosted by Joe Chappelle at the IFC Film Center. In this interview you'll hear about how he got into his character so well and believably and also about his current job, in the immensly popular Harry Potter and the Cursed Child on Broadway.

You can see Alex Weisman in An Acceptable Loss in theaters and on-demand. If you can't make it to NYC to see Harry Potter and the Cursed Child, stream episodes of Chicago Med and Chicago Fire to see Alex in his role as Chout.

For more information on Alex:
https://twitter.com/xelawuu
Email ThisBlogThis!Share to TwitterShare to FacebookShare to Pinterest