Movie Review: Halloween with Jamie Lee Curtis - This Horror Movie Delivers Blood, Scares, Gore and Everything Else Desired by a Die-Hard or New Horror Fan 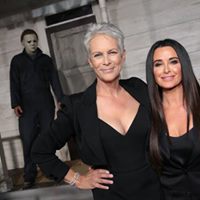 Halloween (2018) admirably fills the shoes left by its predecessor. Direction is sharp, performances are strong, horror sequences are suspenseful and exciting, and the blood flows oh so beautifully. Writer/Director David Gordon Green and collaborator Danny McBride have reinvigorated a franchise that, for the past two decades, has put out nothing but laughably bad sequels and remakes. While it may not live up to the greatness of the original 1978 classic, fans and newcomers alike should find this new entry unequivocally satisfying.

Even with all the praise I just gave, Halloween (2018) doesn’t do anything new with the Michael Myers character. Michael stalks. Michael stabs. Michael stabs again. If you’ve seen any of the 6 sequels or even just the two remakes, you know what to expect. Even Laurie Strode’s paranoia and action hero persona aren’t new elements – see H20. However, it’s this barebones approach that makes the film so enjoyable. There’s no forced sibling backstories, no druid cults, and no reality TV shows - thank God!

What the audience is treated to in lieu of those convoluted plot points, are several sequences of frantic tension, sympathetic characters, and a Michael Myers that finally feels “truly and simply evil” again. 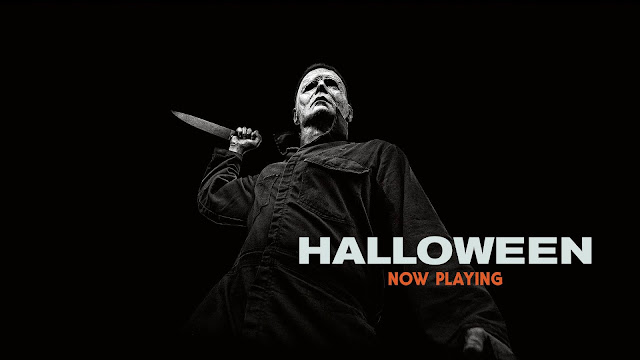 Jamie Lee Curtis (Laurie Strode) is far and away the best character in this film. Her life has been visibly and realistically ruined by that Halloween night in 1978. She lives almost like a hermit. Protected by gates, doors, and cameras, slugging drink after drink when the stress becomes too much. The life she has made for herself has alienated her daughter and kept her from having a fruitful relationship with her granddaughter.

This setup is fantastic and allows Jamie Lee to show off a lot of range with her performance. Unfortunately, the strained mother/daughter dynamic isn’t as well executed as it could be. Curtis’ character in this film has a lot in common with Linda Hamilton’s in Terminator 2. However, Sarah Connor (Hamilton) gradually repairs the broken relationship she has with her son. Moreover, their backstory is given time to breathe and develop.

Conversely, Laurie’s daughter Karen (Judy Greer) delivers an awkwardly dry monologue, hastily going over her entire childhood, while a montage that feels like it’s from another movie plays under it. As the film progresses, Laurie offers one little apology and all is forgiven, boom, relationship fixed. It’s abrupt and feels unearned. Normally, I’d be willing to overlook a flaw like this because a lot of the film is genuinely well done. I can’t do that here, as Laurie, Karen, and their relationship are an integral part of the film and several emotional scenes depend heavily on the audience’s investment in their connection.

Fortunately, the majority of the teenaged characters are well written, relatable, ayou’d expect modern teenagers to do and, above all, their conversations feel natural. However, the standout is a young boy named Julian (Jibrail Nantambu) and he’s absolutely hysterical, stealing every scene he’s in.
Of course, this is a slasher movie. Good characters are secondary to good kills and a frightening killer! The people want Michael Myers, his kitchen knife, and buckets of blood and gore!
Well, for those of you who want that, rest easy, Michael racks up an absurd body count, complete with a plethora of beautifully vicious, special effects set pieces. This is blank, pale, emotionless face; blackest eyes, devil’s eyes Michael Myers. After nearly 20 years of embarrassing iterations, filmmakers have thankfully brought the Shatner mask wearing slasher back to his intimidating roots.

Again, as good as this portrayal of Michael Myers is, it’s been done before. It’s done exceptionally well here, better than any other sequel, it’s just a shame that the more original elements surrounding Michael fall so flat. In particular, there is a twist that occurs a little more than halfway through the film and it just doesn’t work. Not because of its abruptness, but because it goes nowhere and adds nothing to the story. It’s mildly intriguing, but it brings the movie to a screeching halt. 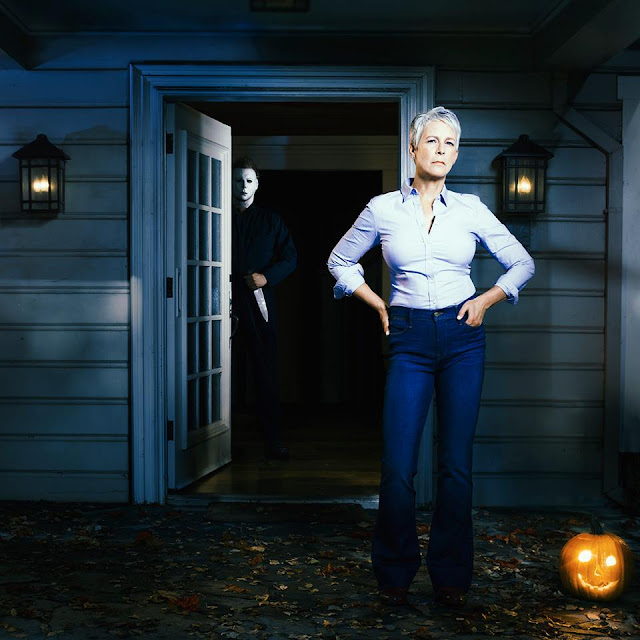 Thankfully, this subplot doesn’t last long and the action resumes promptly after it ends. Which is phenomenal news, because the final confrontation between Michael Myers and Laurie Strode is stupendous. Both characters switch between playing predator and prey in a brutal war of attrition. The action leads to an ending that’s somewhat ambiguous, but satisfying overall.

Make no mistake, I enjoyed a lot of what this film did. However, the more I thought about it, the more I realized I liked it because it was so similar to the original. It hit a lot of the same beats and was constantly paying homage. Of course, there’s nothing wrong with that. However, when I sat down to do the pre-writing for this review, I realized that most of the elements I had problems with were the new and original ones.

What this means to me is that Michael Myers, Laurie Strode, and this entire franchise, is a one trick pony. It can rehash old material and do it well, extraordinarily well, but it has yet to transcend what’s been done before and become something truly special. And that’s my biggest criticism of this film. I love the callbacks, I love Michael, I love Laurie, but it just isn’t anything special. Ultimately, that’s a disappointing conclusion to arrive at.

Despite my lukewarm feelings, I still had a good time watching this film and eagerly recommend it to horror fans new and old. The Halloween series is one that I have missed dearly and I’m ecstatic to see it return. Especially with a film that, while flawed, understands well what made the original so good. If they continue down this path and manage to sharpen some of the movie’s softer edges, I’ll be more than happy. 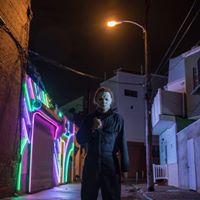 Halloween (2018) made $76+ million in its openingso the filmmakers will be continuing on in whatever direction they choose. And while this reboot has been wholly
successful, their real challenge comes with the follow up. Every successful reboot this franchise has had has been followed by some of the worst entries the series has to offer – see Halloween 5 and Halloween: Resurrection.

Keeping the longtime fans like myself happy, is obviously a goal for these creators. However, the future of this franchise and the horror genre, is in potential new fans. Winning them over is a priority, so following this success with another mark of quality should be of the utmost concern if this series is to rise above what has preceded it and finally become something truly special in the vein of John Carpenter’s original.