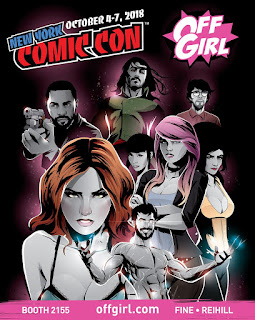 New Yorker Tina Fine changed her career as her kids were getting older. Going from a 9-5 job as an economist she decided to turned to filmaking, and most recently, she's created a new graphic novel about a FEMALE superhero. Her first short film, Sand Castle, is available online and is a heartwearming, poignant story of a little girl. Contrast that with her new comic book which also features a heroine, and without giving away too much, is about a heroine with a very special power. Read on to find out more about Tina and the birth of Off Girl.

I just watched Sand Castle, and had to wipe away the tears. Was that your first foray into entertainment?

Tina Fine: I wrote my first script when I was between jobs.  That was way back when I was working as an Economist.  Nothing came of that script ... I got a job and got busy with work and family.   Fast forward to when my kids were 8 and 13 and had more time on my hands and I got an idea for a story and I just started writing.  I took a class at NYU - Screenwriting I  and thus began my honing the craft.

After a few years I realized, and it was a common notion, that to promote my writing I needed to get something filmed.  So I decided to write a short and produce it.  I could self-fund a short.  I wrote a few different shorts and then when I wrote Sand Castle - the night before my class assignment was due- I knew that was the one to produce.   I searched and found an amazing team.  My Director, other Producers all led me to amazing talent.   So Sand Castle my first produced short and my first foray into the Entertainment Biz. Sand Castle was shown at six film festivals so all in all, a wonderful first step. 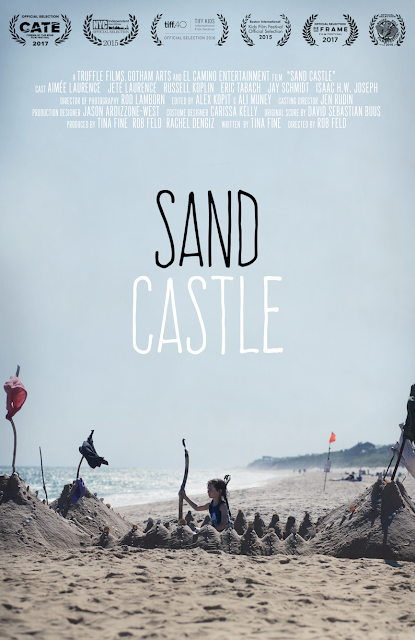 So, how did you go from Sandcastle to a graphic novel/comic book?

Tina Fine: After Sand Castle I went back to writing feature screenplays.  Seeing something I wrote on the screen was an amazing feeling.  Working on a production was also one of the most fun, exhilarating, and of course demanding experiences.   Now that I had a example of my writing on the screen, I felt more confident about investing time in writing features.   And one of those features was Off Girl. 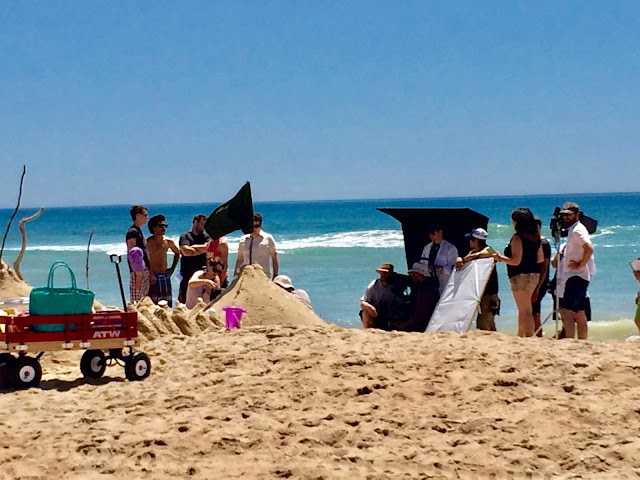 What gave you the idea for Offgirl and why did you think it was best-delivered or suited for the comic book?

Off Girl actually started as a short script about a pot smoking, porn addicted man who thought his sexual satisfaction was killing women of his fantasies.   It was a very very dark story!  But then I realized this dark story could be a wacky comedy and I  gave Larry David the "Off" power in a Curb Spec Script -- an assignment  for a Comedy Writing class.  Then discussing the story with a friend, the notion of the character being a woman came up and after many different revisions the Off Girl character was born.   It seems I could not get the "Off" power off my mind!

But many people see Superhero stories as springing from a comic.  And the Off Girl feature script was a hard pitch to prospective producers cause it was such a unique character.   So I decided to help potential producers visualize  the story via a comic.  I mean, it was a superhero story after all.   After a few months search I found an artist.  The topic required just the right style, and I was lucky to find Mark Reihill.   I planned to publish one or two issues but  I caught the bug, and Mark was very excited about the project and we are now at our 6th Issue.   Writing for comics is different, challenging but quite satisfying. 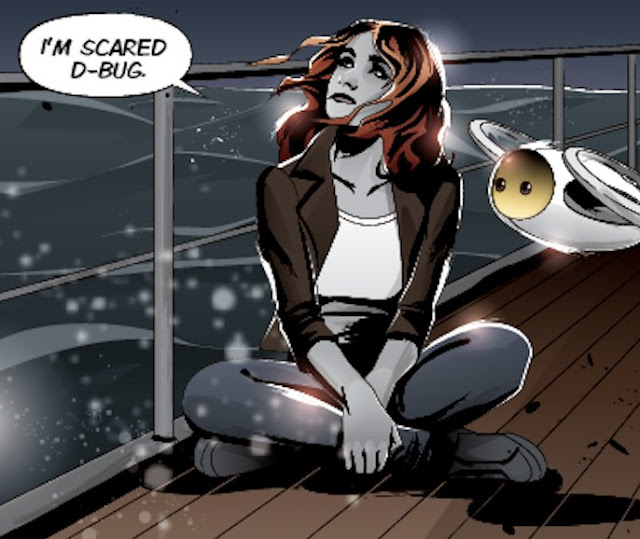 What do you think this superhero signifies, or means, in today's world? Why is it the right time for something like this?

Tina Fine: Off Girl is a very unique superhero in that her superpower is integral to her emotional life and her sex life.  Off Girl just wants to be normal, have a normal love life and enjoy her sexuality without complications.    I think all women can relate to that.   I also think that the sexual revolution has evolved but maybe not enough.  I think it is time for more discussions about female sexual satisfaction as being a normal, wonderful thing and given the movement in TV and movies, I think society is ready for a  Superhero whose orgasm is a source of power, and a power to fight evil!
Who do you think this concept will appeal to?

Tina Fine: Off Girl's unique trigger to her powers links sexual satisfaction to death.   I have to admit it is a bizarre thing to consider.    On the surface, this story will appeal to women that may find it an interesting concept -- what would I do if I were Off Girl?   I still have not fully understood what Off Girl's appeal is,  perhaps I will when her journey ends.

What is the experience like as a fan at a Comic-Con and as someone trying to market or sell something/exhibitor?

Tina Fine: Off Girl exhibited at NY Comic Con 2017 and Mark Reihill has been to a few Comic Cons in Ireland.   Pitching Off Girl was quite an amazing experience.Comic Con's are exhausting as an exhibitor.   But to meet fans of comics, tell them about Off Girl, see their reaction and then for them to actually want to buy the comic and are excited for the next issues is amazing.  It's like people watching a film you produce. Very rewarding that something personal you created is enjoyed.

What events/Comic Cons are you planning to be at?
We will be back at NY Comic Con 2018. 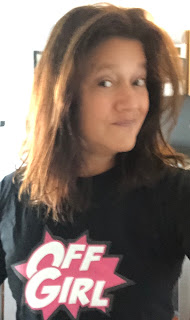 Where can we find your Off Girl?

Right now, Off Girl is in Bookstores in Ireland.  Off Girl can be downloaded from our website offgirl.com .   We will be setting up a virtual store after in December for people to purchase the books in the US.   We are working hard to get a Distributor or Publisher so we can get into many bookstores in the U.S.

What's in your Future?

In 2019, I will be producing a live action short based on Issue 1.  This will be a proof of concept short for an Indiegogo for a full length Pilot. I am also working on Taken Me Hostage, a coming of age drama which made it up to the top of the 15% of the Nichols Screenwriting Competition 2017. Two other projects I am working on are Tethers, an action thriller set in the the Virunga Mountains and The Love App, a romcom.

Tina Fine: I have just started to look at other Comics.  I can't say I have a favorite yet since I haven't had much time to read . Archie nd  Betty and Veronica were the only comics I read as a kid. 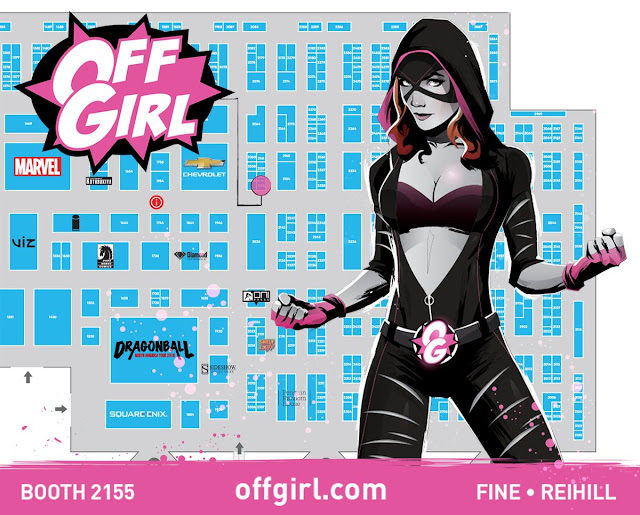 To Connect with Tina and Off Girl: