Movie Review of Loving Vincent: This Movie Must Be Seen, As Meticulously-Crafted and Beautiful as Van Gogh's Own Work 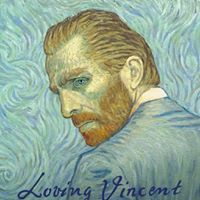 More than Just a Gimmick -Classic Hollywood director William Castle, was a pioneer of the “gimmick film.” When his Vincent Price shocker, The House on Haunted Hill, was screened in theaters, fake skeletons would fly through the auditorium. So, while the film itself may have been clichéd, even by the standards of its contemporary audience, the showmanship on display made for an exhilarating experience overall.

It’s amusing to look back on cinema’s history and see what used to be thought of as gimmicky. 1999’s The Blair Witch Project took the cinema vèritè style that was pioneered in films like Cannibal Holocaust and The Last Broadcast, and brought it into the mainstream. As recent as 2014, Richard Linklater completed Boyhood, following the literal growth of a young boy to a young adult.


As with all the films mentioned though, backlash came swift and hard following all the praise. It makes sense; when films like these are marketed; trailers, posters and press releases often focus on the style of the piece and not the substance. 2017 saw the release of Loving Vincent. The film recounts the life of the Father of Modern Art, Vincent Van Gogh. Although, it features actors and their likenesses, the entire film is animated with oil paintings and charcoal drawings – all in the eponymous artist’s style.

How easy it would be for this film to become lost in its method and neglect its mission. Van Gogh’s is a story of loneliness, perseverance, and dedication. To let all of these elements fall to the side in favor of making something pretty, would be a disservice to his story. Loving Vincent gracefully overcomes this concern. The magnificent art direction marries wonderfully with a creatively, compelling story. In fact, the film’s style elevates its substance.

Before we touch on the art direction and animation in the film, it’s important to discuss the appropriately, unconventional method in which the story is told. Vincent Van Gogh is, for the most part, a specter in this film. Although there are several scenes in which he can be seen, he rarely speaks. The majority of the film examines how other people saw him, particularly those few who considered themselves close.

The character the audience follows, becomes embroiled in the search for the truth behind Van Gogh’s death. It’s easy to identify with his search for justice because we want the same. However, many characters make it clear that how he died isn’t really of any consequence. According to Dr. Gachet, the fact Vincent may have been murdered didn’t even mean much to Vincent himself. Especially in today’s context, the truth doesn’t matter. As Marguerite Gachet eloquently puts it “You know so much about his death, but what do you know of his life?” 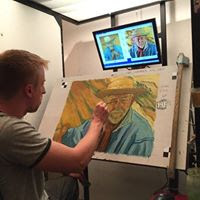 While those close to him tell us of the man, the film shows us. From the opening credits, the film assaults the eyes with thousands of gorgeous, meticulously constructed frames. Seamlessly intertwined, oil paintings and charcoal drawings move with a natural flow. Every character is introduced by their original portrait.

As clichéd as it sounds, much of this simply just has to be seen. One particular, jaw dropping shot, has Vincent staring at his reflection in a small basin of water. Through the ripples, the small details of the bowl can be seen alongside Vincent’s face. He then reaches into the water to cool himself. The small details remain undisturbed and the reflection eventually returns to its original state. I had to rewind this scene the first time I saw it.

Animation in and of itself is a meticulous and taxing work. Thousands upon thousands of frames have to be drawn, in order to create just a short sequence. No wonder it took nearly three years for 100+ artists to complete this effort. 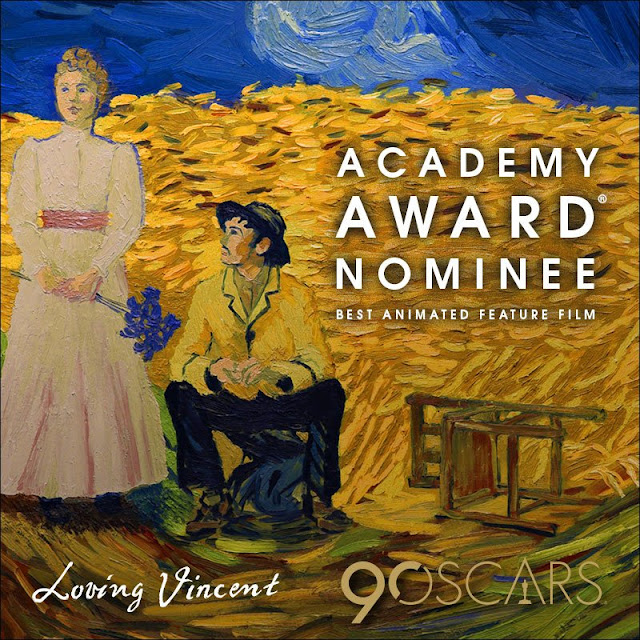 In many ways, the effort of everyone involved in this film reflect the efforts of Van Gogh himself. The man threw himself into his craft. There wasn’t a day that went by he didn’t continue his work and it shows. As the film asserts and shows us, Vincent’s life was present everywhere. From those he held dear, to the many pieces of art he created. To love Vincent Van Gogh’s art, was and is, to love Vincent Van Gogh.

For more on Loving Vincent: http://lovingvincent.com/