Talking With the It Girls on the Stoop (Part Two): Crystal Chappell and Hillary B. Smith Talk #MeToo, Raising Children and Life Lessons 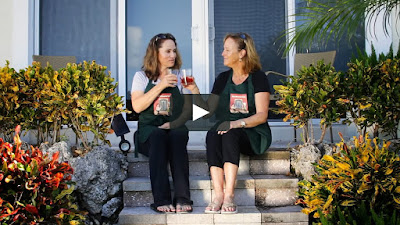 In Part Two of my interview with soap legends and now It Girls on the Stoop Crystal Chappell and Hillary B. Smith, we get off the subject of work and talk about what's going on in the world right now, families and hopes.

Hillary B. Smith:  YES YES AND YES to all of that!  Yes, I have experienced sexual harassment. Yes, I did feel like I had a diminished stature because I was female. Yes, I  was paid less. And yes, I did complain and I was severely punished. Metoo and Times up are fantastic movements. 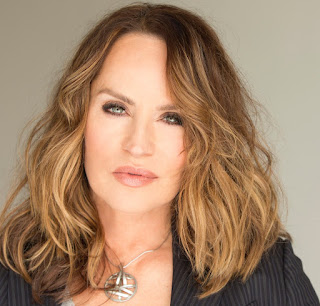 Crystal Chappell: DITTO for me! I don't think that there are too many women that HAVEN'T had this happen to them.

But some women are threatened by this movement, because what they were doing was working for them. That was their path and that was their decision. But that is not the path for a lot of women and it should not be the only path. Don't objectify me to justify me.

Suzee: Do either of you have daughters? What has been their experience?

Hillary B. Smith: My daughter is in the financial world and she has had nothing but lovely experiences. She has not experienced this at all, so she does not quite understand the #MeToo movement.

But you know, it's not just men who objectify. There are a lot of women in positions of power who have objectified  women, and probably men. It is a case of not having good people in power., When bad people get in power this is what happens.

Suzee: Do you think that this movement will create real change and continue? Could it be that the younger generation will be the catalyst for change?

Crystal Chappell:  Something big has happened, something happened that made people get off their butts to finally act, and that is what it takes to start something. People have to speak up.  I think women are emboldened now and this is not going away. If anything I think it is going to get stronger!!  We will not see this going away, we won't give up!

Suzee: What do you know now that you wish you had known or did when you were younger?

Hillary B. Smith: I wish I had not cared so much about what people thought about me! I had conservative parents, it was about appearances at that time. Now, I like to think, I don't care what people think about me, it's what I think of myself."

Crystal Chappell: I agree, I cared too much about what people thought about me. I will say this about myself but I mean it about anyone. You should not be afraid to celebrate the incredible person that you are. I recognize my own growth as a person, and I embrace the fact that I have the power to make a difference.

Suzee: We then talked about raising children, and how to raise them and what to praise them for.

Hillary B. Smith: You need to pat yourself on the back when you do something good, even if it's a baby step towards something bigger. That's what we do with our kids.

In the age we are living in, kids need to be motivated, they need to know they are working towards something, there's no golden trophy at the end if you don't know the goal you want. But this "everyone's a winner" when the kids are young, that doesn't motivate.

Crystal Chappell:  Yes, and with my kids I always talk about what they can learn from failure You learn more from failures than successes.

"You learn more from failures than successes." - Crystal Chappell

Suzee: So if you two busy ladies had some spare time, what would you binge on?

Hillary B. Smith:  I like Homeland. And I was addicted to Breaking Bad. And I love A. Martinez in Longmire. Just love, love him.

Crystal Chappell: Breaking Bad fan here too. Love Star Trek movies, JJ Abrams. I've seen all the old episodes of Buffy the Vampire Slayer. I'm also a fan of Will and Grace,. I like The Rock, Jerry Seinfeld. I just love Comedians in Cars Getting Coffee

Suzee: Any new stuff going on, new projects you would like to promote?

Hillary B. Smith:  i have two favorite charities, one is the Willie Coppee Fund, which helps owners pay for overwhelming vet bills. Here is the link:  http://www.williecoppeefund.org/. The other is the Light Fund of Boston's Children Hospital. Here is the link for this one:   http://giving.childrenshospital.org/shine-your-light.html?utm_source=ag&utm_medium=social&utm_campaign=LUOH_2018&utm_content=fbpost012318

Crystal Chappell:  We have Season 2 of It Girls on The Stoop coming, should be in June, and Season  6 of Venice the Series.  My son is graduating  this year and also I'm getting ready to build a new house.  Lots.

Suzee: It's been so much fun ladies. Keep me posted on your next projects!

Read PART ONE of the Interview with the It Girls on the Stoop here:

For more information:
To Watch IT Girls on the Stoop, Venice seasons 3-5 and more: 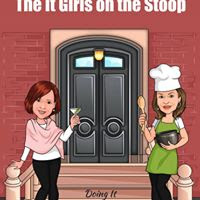