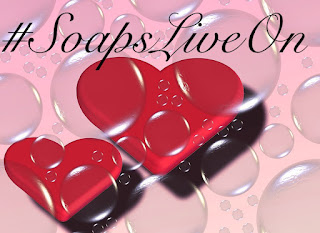 Still a month to enter!  Sonia Blangiardo's Tainted Dreams, the soap streaming on Amazon, is holding a contest, called #SoapsLiveOn which aims to celebrate the joys of watching continuing drama and the history of soaps. The lucky winners can win one of 25 prizes sure to please any fan of this genre.  Five Grand Prizes will be awarded, which will be a personal phone chat with one of the cast members of the show. See contest for more details). The contest has started and will end on April 18. 2018.

The people behind Tainted Dreams The Series also want to know what you love about soaps. Entrants, or even fans that have not entered the contest are asked to go to the Tainted Dreams Facebook page and answer the question: What are your favorite memories, couples or storylines of any soap past or present? This is the Facebook page: https://www.facebook.com/tainteddreamstheseries/
Seasons One and Two are now streaming on Amazon and Amazon Prime and can be accessed through the Tainted Dreams website:   https://www.tainteddreams.com/

"Soaps were the foundation of storytelling for many generations and that should never be forgotten. Their relevance, education and commitment to social issues over the past decades helped mold our culture into what it is today. The rebirth we are seeing is a natural progression and through innovative ways of showcasing their importance soaps will live on." - Sonia Blangiardo, Creator

Creator and Executive Producer, Sonia Blangiardo has served as a producer/director on five iconic soaps, including All My Children, One Life to Live, As the World Turns, General Hospital, and currently Days of Our Lives. The show is based on the real-life dramedy she has lived and seen both on and off screen in her 25 years in soaps.  Visit www.tainteddreams.com for more info.