Interview - Meet Stephanie Little from Amazon's The Other F Word: "There's SO Much More Wisdom in This Stage of The Game".

Actress Stephanie Little has found a home in Caytha Jentis' The Other F Word, an Amazon Video Directo Star show. I met Stephanie on the set while filming Season 2 of this hit series, which takes a comedic look at life for Generation X. If you haven't seen it yet, it's worth watching. Think Sex in the City all grown up.
SBTS: Tell me about your character in The Other F Word.
Stephanie Little: I play Amy, a recent-empty nester and now “emotionally widowed” after my husband’s mid-life crisis triggers him to join the Peace Corp for a year. After having a very fulfilling life as a suburban stay-at-home Mom, Amy is at a mid-life crossroads. She has no choice but to make a significant life-pivot and starts her new chapter by joining her sister Diane in New York City. Amy is like a modern day Dorothy on this new adventure and it’s exciting to think what lies ahead (although I don’t know if she’s fully aware of all that yet!!).

SBTS: Do you have any resemblance to the character in your life? If you don't, did you role model your character after anyone you know in life or on the screen?

Stephanie Little: Yes and no. The same way Amy focused on her growing family is the same type of spirit I poured into my acting career. We both have no regrets and realize this type of dedication cost us but in different ways. And naturally I researched and spoke to a lot of Moms who could identify with Amy’s plight and sudden loss of purpose.


SBTS: Why do you think it is important to show women at this time of their lives? Why do you think the networks have so little programming on topics like this, especially since The Other F Word is ranking so high on Amazon?

Stephanie Little:It’s so baffling to me to be honest. The stories in The Other F Word represent so many women and this crucial transitional phase. One is never to old to have a “coming of age” but for some reason networks aren’t open to exploring this inevitable period -even though it’s filled with just as much excitement as shows about millennials. Perhaps people have this misconception about this time in women’s lives but the more it’s talked about openly ,the more it would be embraced. Plus there is so much more wisdom in this stage in the game!! It’s nice to know those hard life lessons pay off. 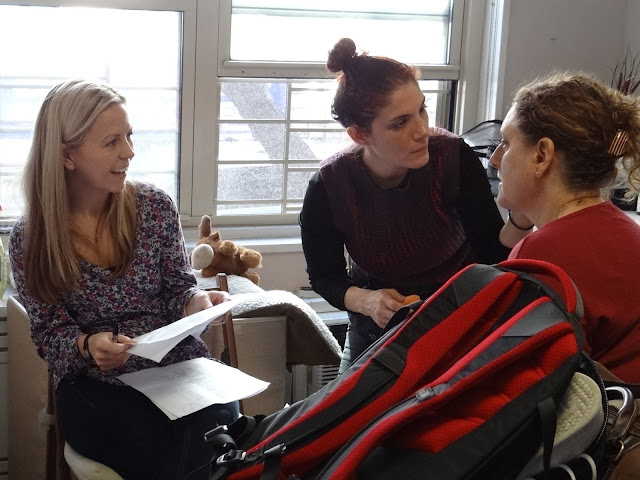 SBTS: What do you hope for your character? Is hubby gone for good?

Stephanie Little: Well, selfishly, I hope hubby is re-assigned for another year or two!) so Amy can continue on her yellow brick road but at the same I know she misses her husband very much. I want Amy to fully grasp she can be independent (in all areas of her life) and still be a stellar Mom and Wife.


SBTS: Tell me something about why you wanted to be an actress.

Stephanie Little:I always had the acting bug. My Mom would take my sister and I to theater in Philadelphia, where I grew up, and I was amazed these performers could sweep an audience off their feet and transport them from their everyday life to someplace fantastic (all in two hours!). I started taking drama classes in high school and never looked back. I was so in love with acting I broke into my high-school so I could spend the night in the prop loft. How geeky and criminal all at the same time.


SBTS: Have you had other jobs, outside of acting?

Stephanie Little: As cliché as it sounds, I’ve been working in restaurants to off-set my costs! It really is the best job an actor can have while making his/her climb up the audition ladder. The number of jobs I’ve had over that last few decades is one for the record books but for the most part, I’ve had some incredibly supportive bosses. The hustle is non-stop and it can be hard to work until 3am and have a 10am audition but that’s part of the package. You do whatever you have to do to make it work.

SBTS: How did you get this job?

Stephanie Little:I had showed my commercial agent, Stacye Mayer at
Paradigm a web-show I wrote, acted in and shot called KILLING THE apologetic GIRL. At first I was hesitant to show her because I didn’t want to bother her (but that thinking was SO counter to my show’s theme!) so sent her the link. Around the same time, Caytha Jentis, The Other F Word’s amazing creator, writer and EP called her contacts, my agent being one of them, for direct recommendations for the The Other F Word. The character I play in KILLING THE apologetic GIRL had a similar sensibility to Amy and an audition was arranged. Caytha and I first met over skype and I was terrified I would say her name incorrectly! But we really connected about the material and the rest is history.


SBTS: What are your top five shows (broadcast, streaming, anything) that you like to watch or bingewatch?

Stephanie Little: I’ve been hooked on some of the “limited series” projects on HBO specifically The Night Of and Big Little Lies (what water-cooler talk!!) I also love Mozart in the Jungle, Transparent and looking forward to season 2 of Master of None. Oh, and of course This is Us! Dan, the show’s creator, and I are friends from years ago so I watch to support but lucky for me (and all of us) it’s great.


SBTS:  Tell me about any other projects you are working on now.

Stephanie Little:I recently shot a supporting role in FURLOUGH with Melissa Leo and Tessa Thompson. It was epic to be working with those actors and the mostly female filmmakers on the project. I’m also working on producing an unromantic-romantic comedy feature I wrote that is set in London. I’m also directing a short quirky piece I wrote as an experiment and to exercise my story-telling skills. Never a dull moment! 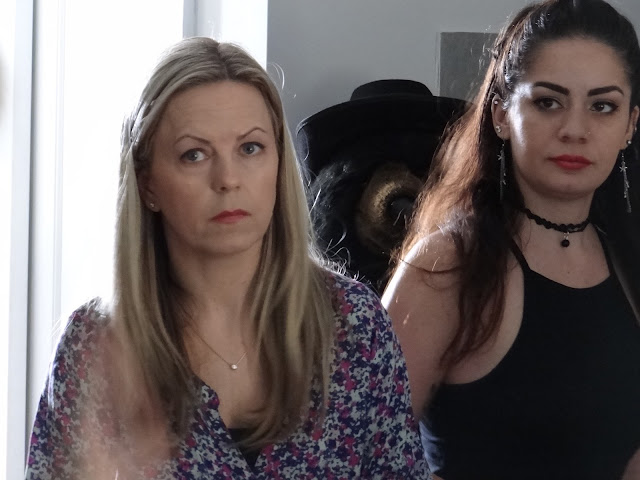 SBTS: The Other F Word is one of the top-watched shows on Amazon. Have you been getting recognized for your character?

Stephanie Little: Yes! At my last bar job, I was pouring wine for a customer and she stops me and asks “are you on The Other F Word??” I about died. “Yes, yes! That’s me.”. We both laughed as I had to carry on pouring her wine! Anyone aware of the cost of living in New York will understand there is no abandoning the night job even while working professionally as an actor! 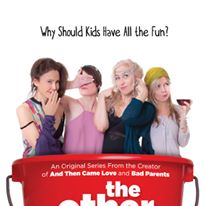