Okay, so I have to admit that I went into SNATCHED thinking that it was going to be complete and total garbage. It has been getting ripped to shreds in the reviews, but it also looked like it would be mildly entertaining. I mean Amy Schumer can always deliver some laughs. Which is exactly what my friend and I kept in mind as we decided to go see Jonathan Levine’s film about a mother and daughter’s misadventure in Ecuador.

Amy Schumer plays “Emily Middleton,” a girl in her twenties who just cannot seem to get her life together. When her boyfriend breaks up with her, she is left with an extra ticket for a romantic getaway to Ecuador. Naturally, she invites her mom, played by the always fabulous Goldie Hawn. As you can expect, their vacation does not go as planned. They are kidnapped at the end of the first act and spend the rest of the film seeking safety. 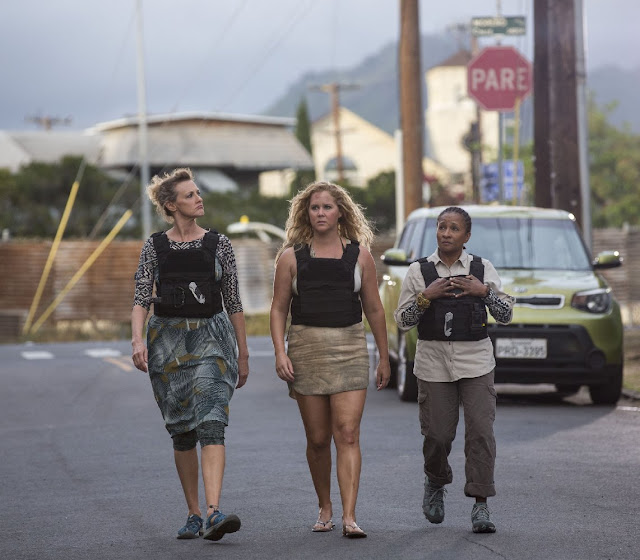 While the script lacked any real substance, the laughs were top notch. I will also say that the relationship between Hawn and Schumer was either poorly written or poorly executed. Hawn’s character would fluctuate from loathing her daughter to thinking that she is beautiful. While this is exactly the kind of relationship that a lot of women have with their mothers, it was too stark a contrast when shown on the screen. It felt unnatural and lacking any real depth.

Even so, the film, like any film set at a tropical destination, was beautiful to look at. While the kidnapping definitely deterred my from ever wanting to go to a strange South American country, I did entertain the idea of packing up my bags and my dog and heading to a tropical destination for a weekend getaway. I am sure the cast and crew had a blast while they were filming – I mean who wouldn’t when you get to work in such a beautiful place? 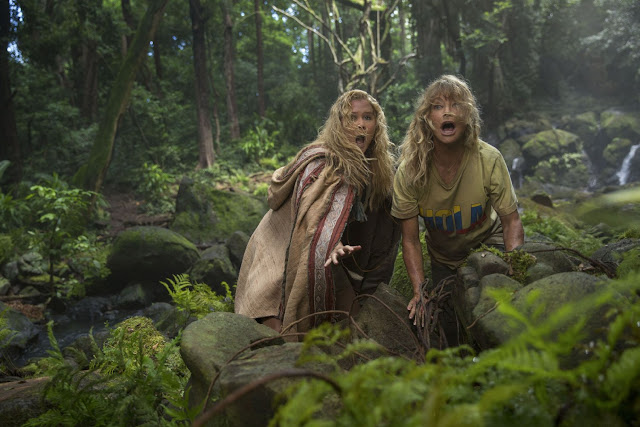 When the credits started to roll, my friend and I looked at each other and shared a smile. SNATCHED was about a million times better than we expected. Low key, it was probably the fact that our expectations were so low that led to our actually liking this film. Regardless of what it was, my friend and I were glad that we went to see this film – even if it was a film about two women and was directed by a man.

How did we rate this? http://www.suzeebehindthescenes.com/2017/03/rating-womens-films-woman-o-meter-seeks.html


Photos from IMDB
Email ThisBlogThis!Share to TwitterShare to FacebookShare to Pinterest