Movie Review: James Gunn’s GUARDIANS OF THE GALAXY VOL. 2 Tries A Little Too Hard To Mimic The First One But Features Hilarious Performances From Vin Diesel, Dave Bautista, and Bradley Cooper

If you were to ask my ex-boyfriend from college whether or not I liked Marvel films, he would spit out his drink and laugh in your face while repeating “no” over and over again. One time, we went on a date to New York City and saw IRON MAN 3, which is arguably the worst movie that I have ever seen in my entire life. After that, I stayed away from Marvel as best I could.

But then, Marvel started to make good movies. I, of course, did not realize this until this same ex-boyfriend begged me to watch GUARDIANS OF THE GALAXY with him. I was shocked at how good it was, and the self-sacrifice of Groot is one of the best executed scenes in all of cinema. Having seen a Marvel film that I actually liked, I was naturally super excited to see GUARDIANS OF THE GALAXY VOL. 2.


I shouldn’t have been.

As much as the first installment in the franchise made me rethink my views on Marvel films, this sequel made me return to my original disgust about them. The first GUARDIANS and DEADPOOL are merely outliers in the grand, just plain awful filmography that belongs to Marvel. 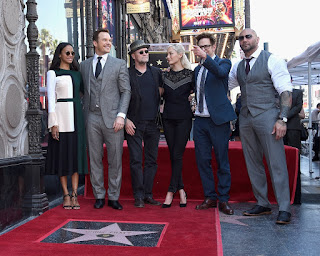 You see, Marvel disguises a poorly written script, bad acting, and poor directing with great special effects and big names. While seeing Chris Pratt shirtless or in a shirt that was barely there was quite the treat, his acting was down right terrible. Like so bad. My friend who I went to see the film with and I actually laughed out loud during a really emotion scene. 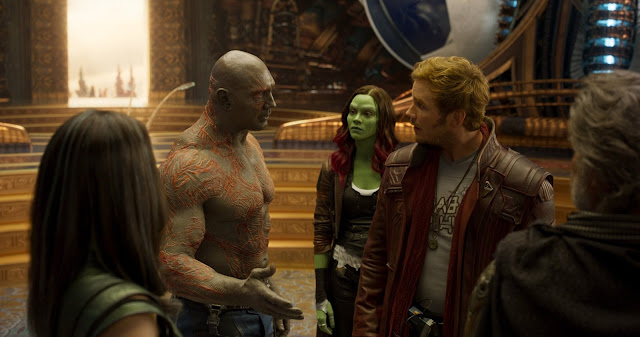 As for the script, it tried to hard to be relevant. The entire Gomora – Nebula plot line was not executed well, and, in my opinion, tried to hard to be like FROZEN. In the end, these scenes could have been cut entirely, and no one would miss any of their interactions. I also had a problem with (SPOILER) Yondu pulling a Groot and sacrificing himself so that Starlord can live. Come on, guys. Don’t repeat the same ending in hopes for the same results. Film does not work like that. 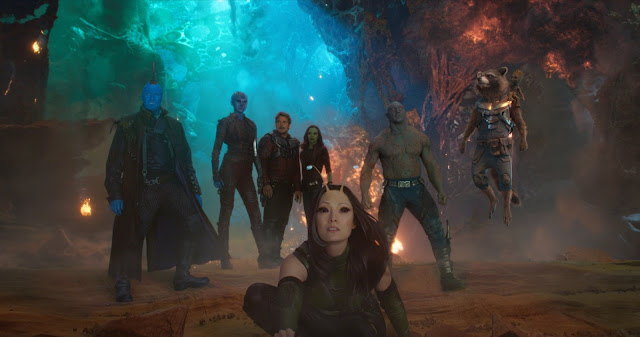 Nevertheless, I cannot say that GUARDIANS was not funny. Baby Groot stole the show, and all of his scenes made an otherwise terrible film bearable. I will be shocked if Baby Groot is not one of the hot Chirstmas toys this year. They have an excellent marketing opportunity, and I doubt that Marvel and Disney executives will blow their chance to make more money off of this franchise. 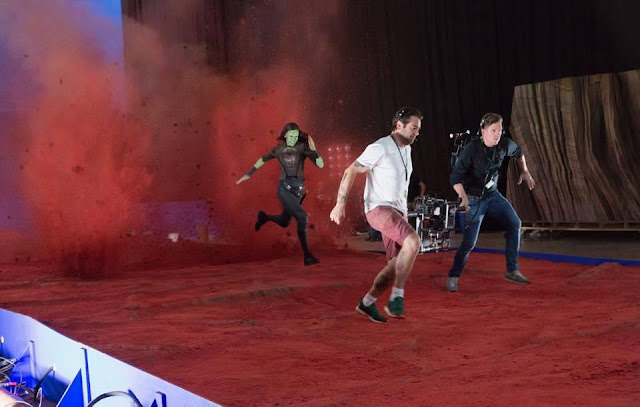 Also, this GUARDIANS had a killer soundtrack just like the first one. Filled with 80’s jams and featuring 80’s megastars Sylvester Stallone and Kurt Russel, the film was an homage to the science fiction films of yesteryear. If only that homage was as well done as Yondu’s intergalactic funeral. Alas, GUARDIANS OF THE GALAXY VOL. 2 will and should be banished to Freeform movie nights. I doubt that anyone will be rushing to see this film again or want it in their personal film collection. 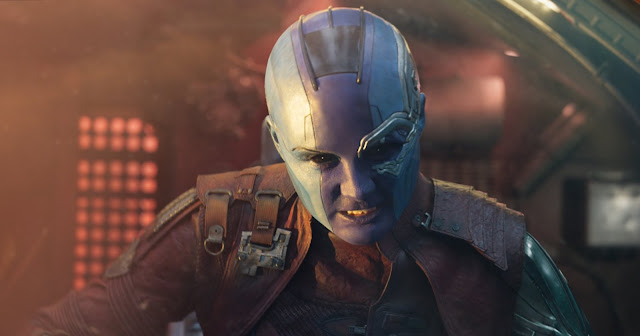 How did we rate this? http://www.suzeebehindthescenes.com/2017/03/rating-womens-films-woman-o-meter-seeks.html