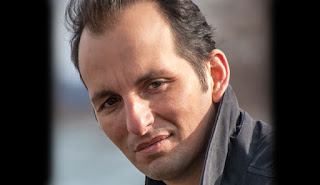 Born in the Bronx, New York, Vanaria has always aspired to be a singer/songwriter. After hearing about an open casting call for the upcoming Robert De Niro film, A Bronx Tale, Vanaria worked his way in and attempted to land a singing role, only to land the role of "Crazy Mario." Vanaria was soon cast in the CBS movie of the week, Young at Heart, starring Olympia Dukakis and featuring Frank Sinatra.

With his singing career put on hold, he relocated to Los Angeles after landing a series regular role in a WB show, Kirk, in 1995. In 1997, he returned to New York City and took gigs singing in New York City nightclubs, while auditioning and booking guest spots on hit shows like NYPD Blue, Law & Order and Third Watch. He also landed lead roles in the independent films West of Brooklyn starring Joe Mantegna, and Searching for Bobby D.  There is no extra charge to see the performance however reservations are strongly suggested.


About American Cut Bar & Grill- Englewood Cliffs
American Cut Bar & Grill owned by LDV Hospitality (La Dolce Vita, or ‘the good life’) in partnership with Peter Serpico will offer a modern take on classic American dishes in a contemporary, casual ambience, reminiscent of Art Deco fused with a bit of rock & roll. Chef Marc Forgione, winner of Food Network’s “The Next Iron Chef” supervises the menu. Marc Forgione was recognized with a glowing two-star review in the New York Times and received a Michelin star. American Cut Bar & Grill is located at 495 Sylvan Avenue (9W), Englewood Cliffs at the entrance to the Palisades Parkway. www.americancutrestaurants.com