By Suzanne Ordas Curry
Reminiscent of a Justin Beiber concert half a decade ago, almost 500 tweens and teens were lined up anxiously awaiting their turn to meet Glee's Lea Michele at their local bookstore. And this book signing was quite a special one, because this bookstore was a stone's throw away from where she grew up in Tenafly, NJ.

Books and Greetings was the scene of the action. There were 400+ girls, just a few boys, with books in hand as well as some homemade tokens of affection ready to be handed to Lea. Some were "I love Lea" shirts. Some wore "I love Lea" hats. Some held homemade signs that said "I Love Lea". And once in a while you would hear a wave of  teen screams echoing  "I love Lea".

Lea Michele was there to sign copies of her book, Brunette Ambition. First, about the book:

This books covers just about EVERYTHING you want to know about Lea Michele. It is a well-designed, easy-to read font of information about her life, from how she got started, to what roles lead her along what path, to where she is now. It is also a book about her life now, what she does on a Sunday afternoon, what she eats for breakfast, who her besties are and what exercises she does. In the book she gives a lot of advice without preaching, it's more like teaching by example. She has lots of recipes for healthy eating, healthy living and fashion. She talks about her time at Glee and thanks Cory for his help with the book. Though formulaic, this is an excellent book for a young girl. If  Marcia Brady had written this when I was a teenager it would have been my Bible.


Now, about the signing:

The system at this book store was very organized and orderly. One could purchase the book by phone or go to the store to buy one. Each purchaser was assigned a number and then they called you in to the store in groups of  about 25. You could only really see her when you got to the front of the line.  Fans were told that Lea would not be taking photos with anyone, but that you could take a  photo of her inside.

Here are two videos of Lea at the bookstore. Lea doing the signings: https://www.youtube.com/watch?v=iflMZoQJ-Og&feature=youtu.be

Lea leaving at the end of the signings: https://www.youtube.com/watch?v=1akHEnrH6Hg&feature=youtu.be

Lea signed over 400 books in about a hour and 10 minutes. She signed them very quikcly. Fans were told to have the book open to a specific page when they got up to the table she was seated at.

I have to say she was very friendly and cheerful despite having signed so many books prior to me (I was 396) She even made it a point to ask me how I was sdoing and to thank me fo rcoming. That was wonderful. It was really nice of her to talk to each and every person that purchased her book, and having went to this event with a 15 year old female fan, I know she was thrilled to get so close to her.

All I heard in the crowd was how pretty and petite she looked. 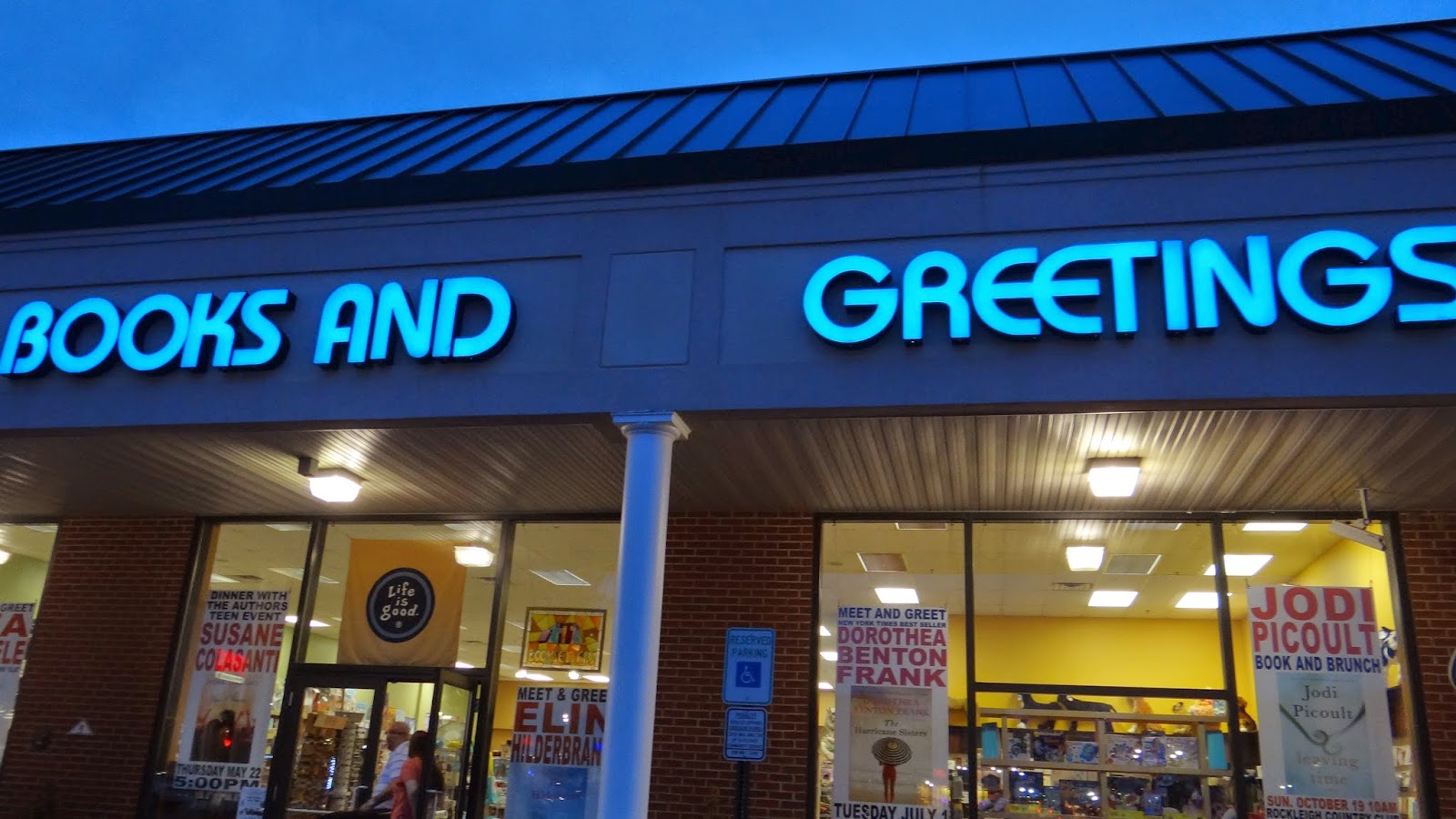 This was a great event for a teen for just the price of a book. The only downside was the photo opps. Lea had an awful lot of security. It was very hard to get a picture of her in the bookstore. The line moved very quickly. By the time one got ot the roped off area where you could actually see her, we were told that once we were out of the roped area all phones and cameras had to be put away. The problem was that she had so much security around her, that once you got close enough to take her photo there was a secutiy guard standing in front of her so you couldn't really get a photo. However, I do know that these young girls with their years of cell phone shooting still managed to get some great, head-on shots of her as evidenced by those found on Instagram within minutes of the event. So this comment comes from a mom who wanted a perfect posed photo of Lea and is not quite as adept at cell phone shots as the young one.

Overall,  the experience and thrill of meeting Lea and  getting up close to her to hear her voice in real life was certainly enough to make it a memorable experience for any teenage Lea fan.