Amidst the flurry of Super Bowl XLVIII events the week leading up up to the NY/NJ Bowl was the annual Legends for Charity Dinner benefiting St. Jude’s Children’s at the Grand Hyatt/NFL Headquarters in .

It certainly was worth the of the Boulevard to get to for this event, which this year presented Former NYGiant, NFL on Fox Sunday Analyst and Live with Kelly and Michael co-host Michael Strahan with the Pat Summerall Award. Over 600 people attended with over 400K raised.

At the Reception off the Empire Ballroom at the Hyatt was a bevy of athletes, sports figures and recognizable names. Mingling with the crowd which enjoyed a array of delicious appetizers and a sushi bar were Hall of Famers like Jan Stenerud, Randall McDaniel, Bobby Bell and Paul Krause. Pro-football players like Dwight Freeny, Pierre Garcon, Antrel Rolle, Chris Canty and Deon Grant stopped to chat with everyone.

Emmy-winning actress Martha Byrne, who as a St. Jude Professional Advisory Board member was on the event committee, was there as well as was her co-star Michael Park from As the World Turns and Broadway. Eric Trump was also available to talk to the supporters, and I have to say he was a very nice guy.

The cameras clicked away at the Step and Repeat as Michael Strahan, the legendary Phil Donohue and wife Marlo Thomas, National Outreach Director for St. Jude, later joined the reception. Michael Strahan’s best shot for the cameras was when he posed with Ingram Dismuke and other St. Jude’s kids; his smile was genuine.

Once the surf and turf dinner was served, the presentations began. Rich Eisen, NFL Network Host, was the Master of Cermonies. Rich Shadyac, CEO of St. Jude, thanked the crowd, as did Cheri Summerall who spoke of her husband’s legacy and thanked everyone for their support of the award. Former NFL Players Antonio Pierce and Jessie Armstead both spoke in support of the charity and Strahan.

That Girl Has Something To Say

Marlo Thomas, whose name is now synonymous with St. Jude, had all eyes on her as she came to the podium. It was a treat for me, and I am sure many others who grew up watching That Girl, to see Marlo Thomas. Still looking stunning and full of grace, she exemplified all that a “Girl” can do, coming from a time where females were just finding way make a mark in any kind of organization. Marlo has dedicated her life to this Foundation which her dad, Danny Thomas started, saying that her father would “just not believe all the people in this room here tonight.”

The man of the hour Michael Strahan expressed thanks to everyone that presented before him, acknowledging the video made for him.He thanked Jessie and Antonio for their kind words and work with St. Jude  He also thanked the NFL, the opportunities presented in his life and the people that surround him on Live. He acknowledged the full table from ABC at which Kelly and her husband Mike Consuelos sat at. He said how ‘TV has given me so much versatility. I get to dress up like a girl and Oprah.”


He referenced the Hall of Famers attending and in general and said what they do and have done “epitomize what the NFL is all abou….it’s about doing your best.”. Then he added. “If I am not invited in after all these presentations it’s going to be ….. AWKWARD!!”

He also talked about visiting St. Jude’s and being with all the kids. He said that one would think they would feel sad leaving a place like that, but it was just the opposite. He said, “You feel better leaving because these kids are amazing.”.

He also thanked Rich Eisen, whom he called “the man with the golden heart” and then added, “you get what you give, everyone please remember that.”

The Story of Ingram Misduke

The last speaker of the night was the dad of a St. Jude’s kid, Craig Dismuke. His son Ingram sat next to him on the stage, sitting still and just listening, acting more well-behaved than you would think any 5 year-old could be capbable of that had to sit still for more than ten minutes, let alone in front of a crowd would do. One could not take their eyes off this cute little boy with his fresh face and puppy-dog eyes.

Craig talked with emotion about life with his son before and after the diagnosis.

I remember much of our time was used contemplating what sport he would play, and then he said, “It was wondering if he would even get to play them.” He said it was unbelievable how his life “changed in a second.”

He chronicled how his son’s symptoms lead them to the diagnosis of a rare brain tumor, called ependymoma, which started with little Ingram complaining of headaches.

He talked about how his son had a scan and then they got the results they least wanted to hear. He said that he will never forget that moment. He said, “Ingram was waiting in the back seat of the car. They had run out of toys at the cat scan place, so all he had was a blue marker. There was blue marker all over the back seat,” he stated. But the dad said, “I just remember thinking, any other time this would bother me, but I just don’t care”.

He talked about how his son was brave and never complained, just did what he needed to. He mentioned how after all the treatments were over and he was back home, he asked his son where he would like to go most in the world. He said ‘St. Jude”. The dad said you just can’t imagine how they make these kids feel.

There was not a dry eye in the house, but if there was, it was only from the light the happy little boy sitting next to him was casting over the audience.

Then Ingram just proudly uttered, “Get your move on.” 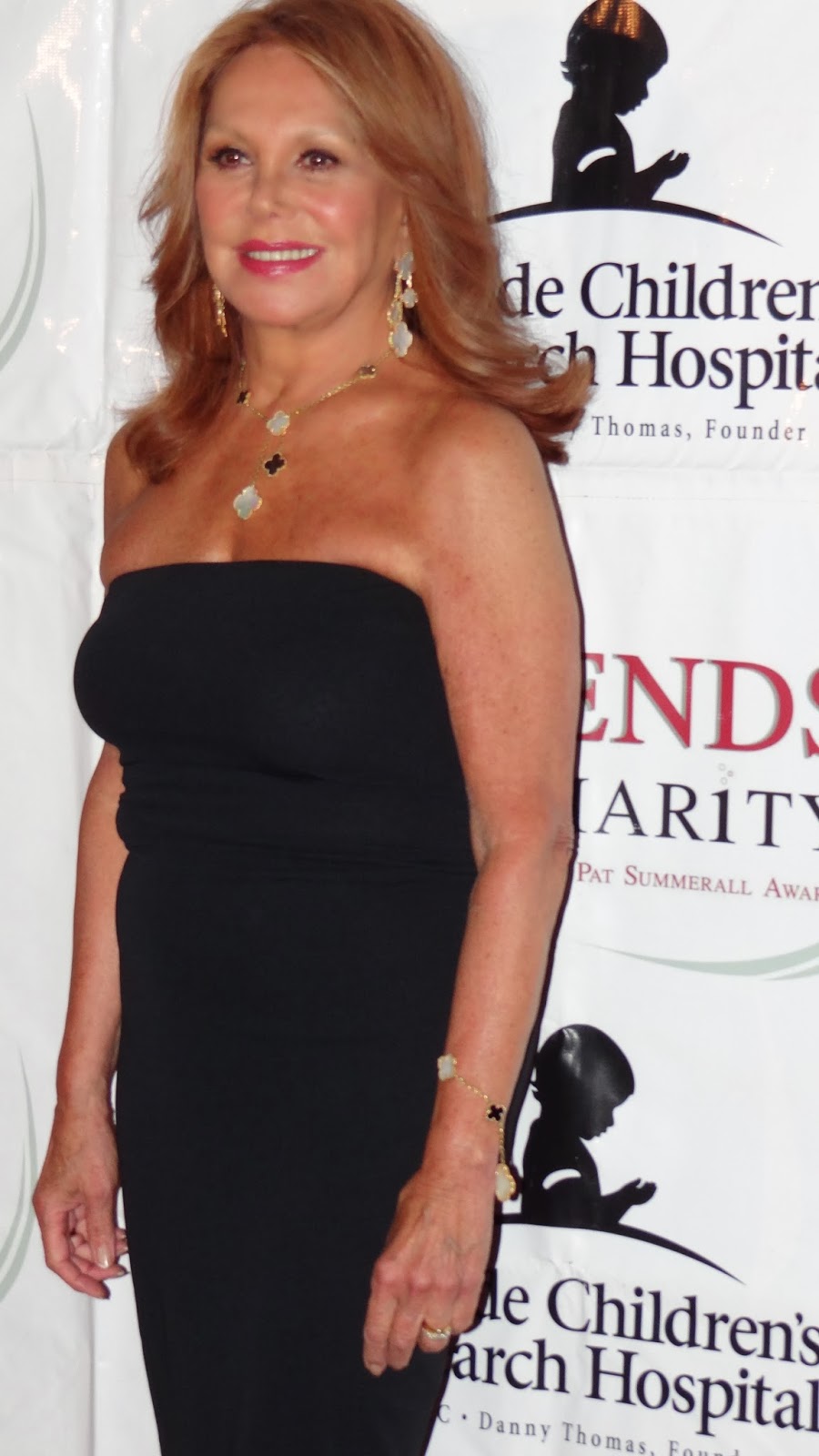 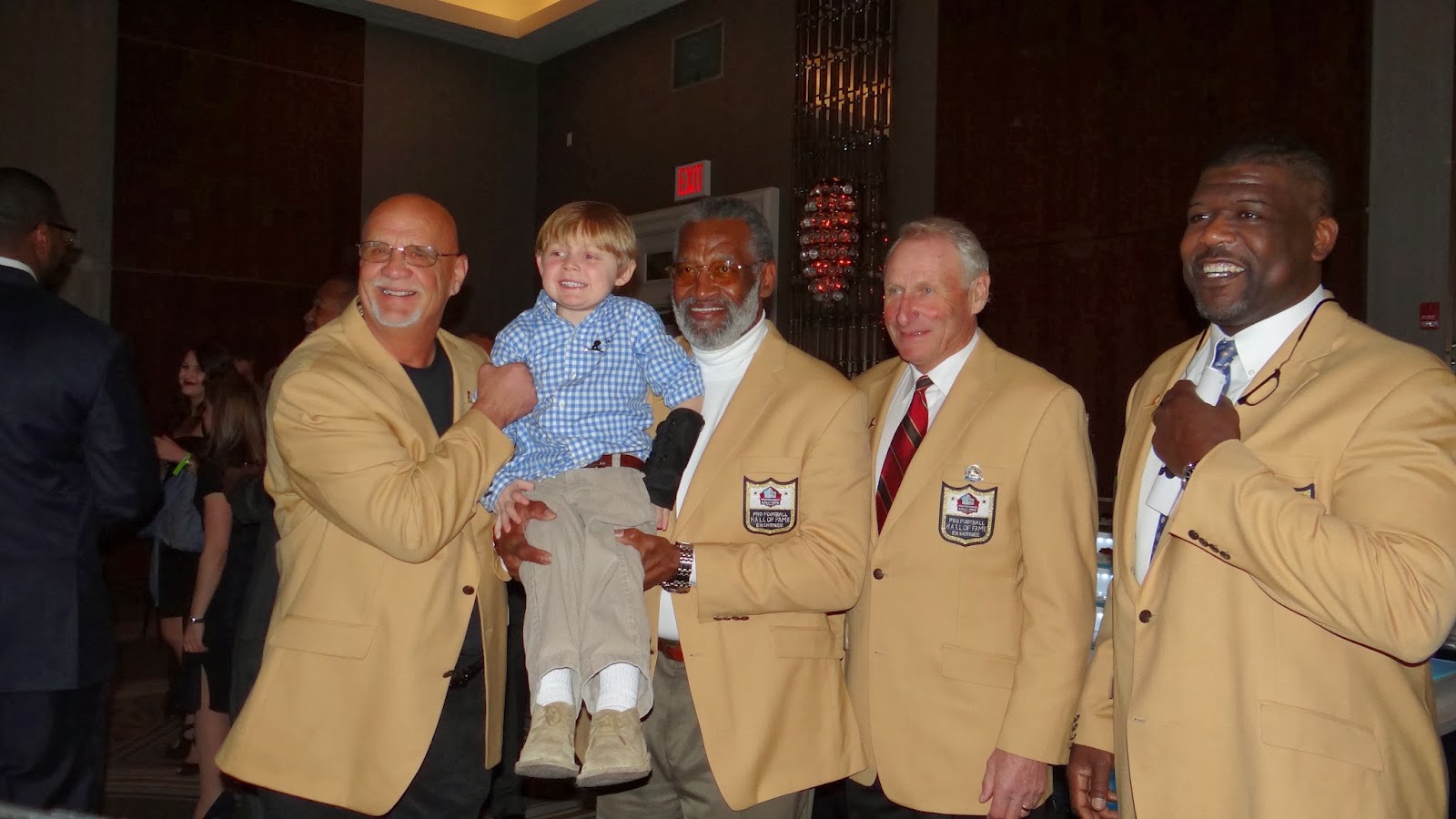 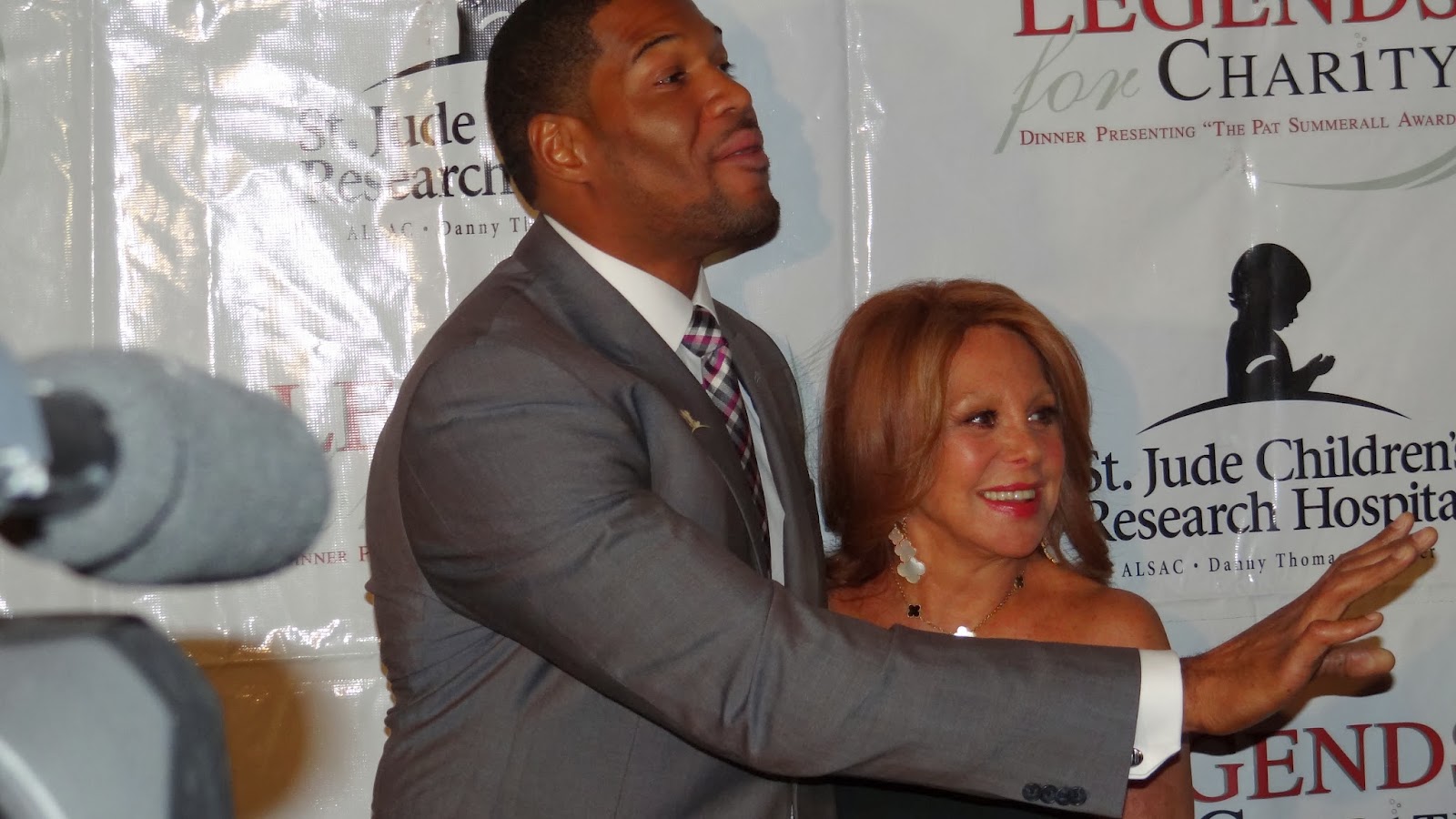 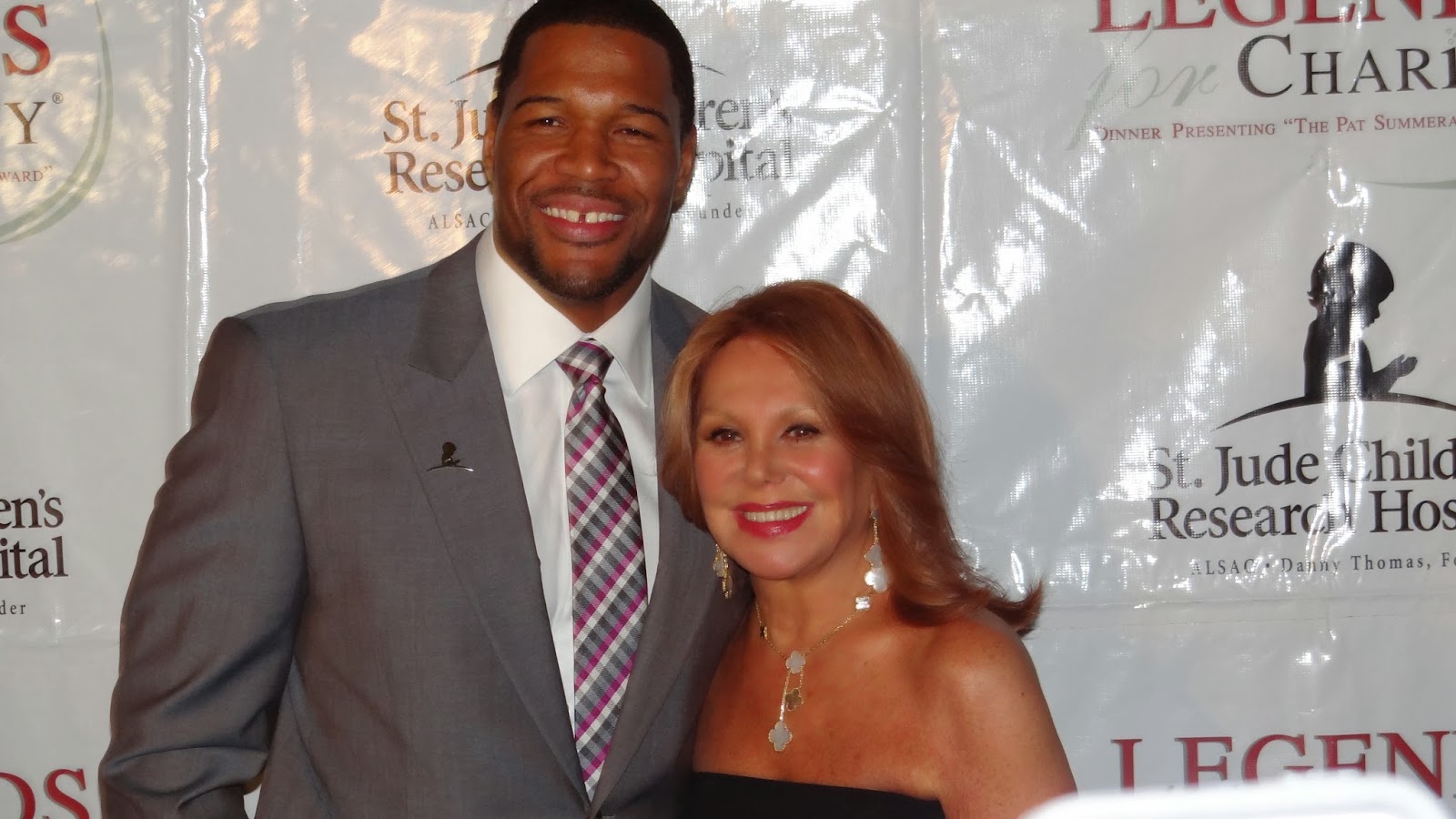 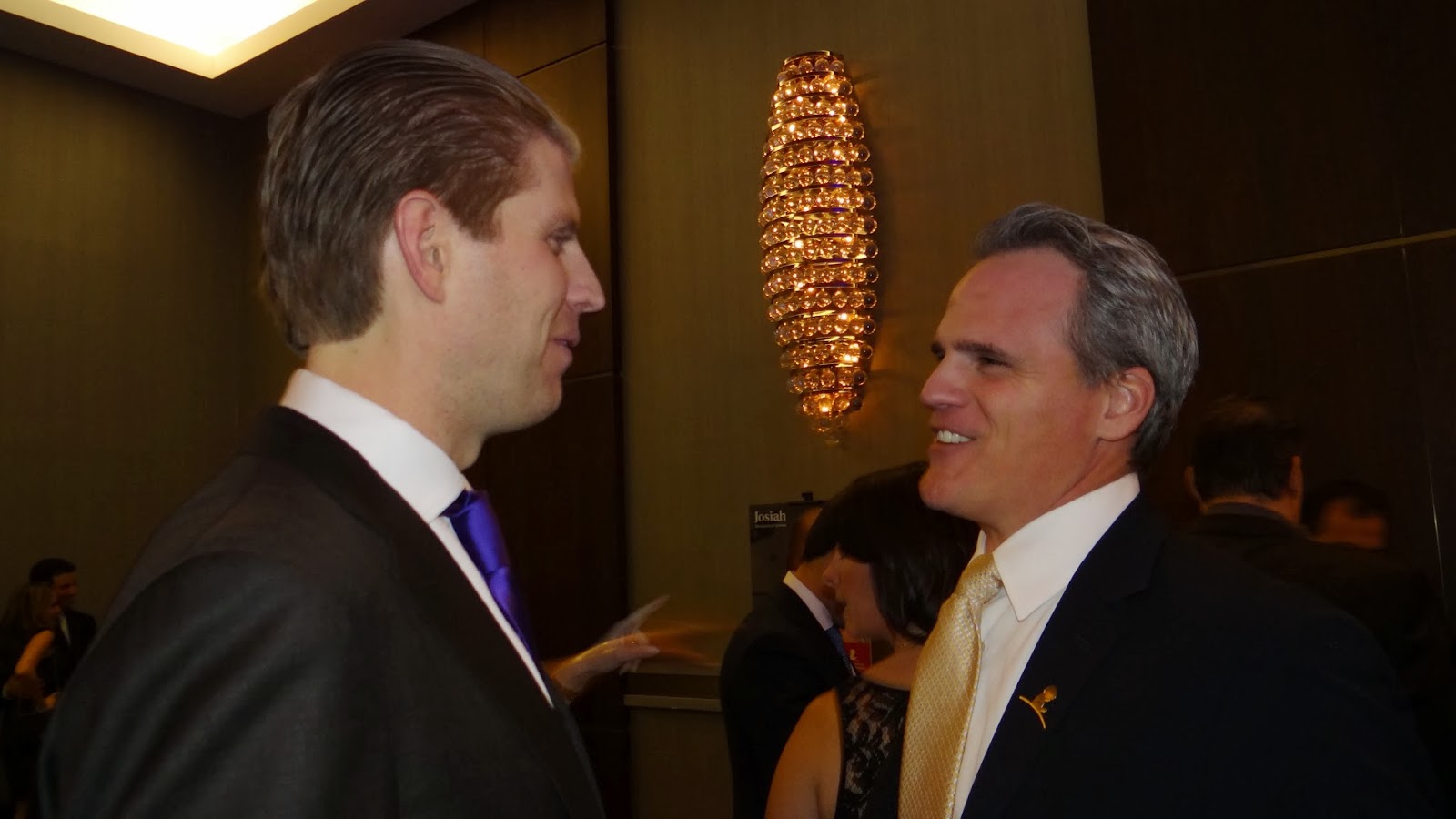