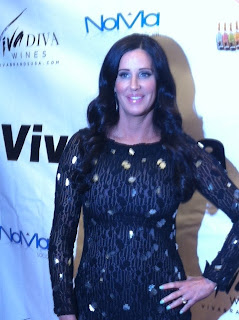 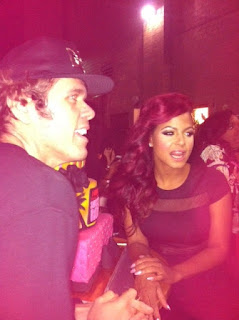 I love that song by Macklemore, okay some of the words are not quite presentable, but the beat is great is to dance to, and that's just what people were doing at the Viva Diva Wines Poolside Summer Bash with VIP Host Perez Hilton at NoMa Social in New Rochelle, NY.

This was a great celebrity event, as far as events go, not so much because of the celebrities that were there but because of the ability to mingle with them. There was one roped off area, visible to all in the cozy but chic NoMa Social main lounge, but really the celebrities were  interspersed within the crowd in the lounge area, the step and repeat area and poolside and they were eager to talk and pose for photos. Only Perez, adorning a shirt with a not-very complementary photo of Amanda Bynes on it (which could have easily been mistaken as one of Lindsay Lohan) and Patti Stanger (Millionaire Matchmaker) were guided through the areas, but even even they took the time to pose for photos when asked.

Being in a rather out-of-the-way place for celebrity events, the occasion did bring out several  well-known faces and many up and coming stars, mostly from reality shows. However, the words "Who is that?" could often be heard in the crowd,. Even though I had prepped myself on who was going to be there I still had to ask. It is very hard to keep up with all the reality shows! Among those gracing the step and repeat were Christina Milian, Jonathan Cheban (E! Network), Amanda Bertoncini (Bravo), many from the cast of Big Rich Atlanta, Carla Facciolo (VH1), Brittany Smooch, recording artist and Tracy Di Marco (Style Network).

I had the pleasure of interviewing some of the cast of Big Rich Atlanta and the very cute Brittany Smooch (Come back next week for interviews!) 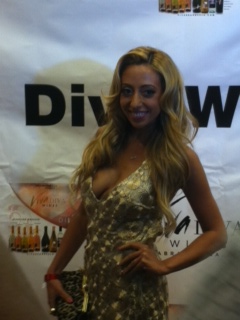 The event was put on by Illumination PR of NY.  I have to say the wine was flowing although one had to search out the food, but that is  expected at an event like this. I also have to say that the wine was quite good. A friend of mine commented that the sparkling Moscato strawberry version was "a lot like fruit punch". It was but in a good way, sweet, fruity, almost like a wine cooler but less sweet. I would recommend it, especially at a summer party. 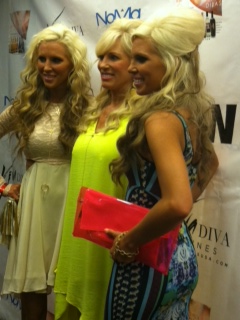 To learn more about upcoming celebrity events in this area, follow this blog.