Interview: Five Questions for Actress Mindy Cohn - She Talks about her New Role in Brad Forenza's Around the Sun Podcast, The Facts of Life and a New Venture 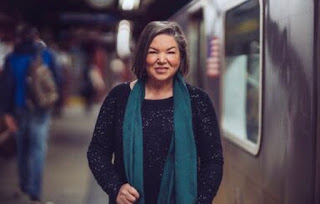 Exclusive to SuzeeBehindtheScenes
The incredibly talented and fan favorite Mindy Cohn appears in this season of Around the Sun, a podcast series of fun, interesting and thought-provoking dramas (all averaging 10 minutes) created by Brad Forenza. It is now available wherever you listen to podcasts with new episodes dropping every Wednesday throughout fall. Visit Around theSun . Mindy Cohn is in Episodes 5 and 7.

While Season 1 of the hit audio drama was set in New York City, Season 2 unfolds in a nondescript part of the grand American Southwest. Season 2 also adds a completely new cast of celebrated actors from stage and screen.

Emmy Award nominee Mindy Cohn, best known for her nine seasons as Natalie Green on The Facts of Life has two roles this season. Suzee Behind the Scenes (SBTS) was thrilled to be able to catch up with her to find out more about it, and about another new project.

SBTS: Thank you so much for taking time to talk about Around the Sun!!! Before we do that, I’d be remiss if I didn’t ask about your most memorable episode—or favorite moment—from The Facts of Life.

Mindy Cohn: Favorite episode of Facts is one we did around Season 7 called “Cruisin” where the four of us—for the entire episode—are in Blair’s father’s car and we are driving around. It’s just the four of us and those were always the most fun times and episodes for us.

SBTS: So what can you tell us about Around the Sun?

Mindy Cohn: As an actor who also has been lucky enough to do a lot of voice-over work, there is something so magical about storytelling using just one’s voice. If you are lucky enough to record with other actors, the sense of play and creating relationships is still there without the “preciousness” of what you look like. It’s just all about the words and telling a story, allowing the listener to use more of their imagination.

SBTS: You used to voice Velma Dinkley in the Scooby Doo franchise, opposite Casey Kasem and some other heavy-hitting voice actors. What was it like to record Around the Sun in the new remote recording landscape?

Mindy Cohn: I am such a fan of the medium that I was absolutely tickled to be a part of the record session and connect to new creators of wonderful content, and other actors. I will take remote recording over not doing it at all!

SBTS: Do you have any thoughts on the revived audio drama medium?

Mindy Cohn: I am obsessed, a fan, and want to do more!

SBTS: Thank you so much for your time. In closing, where can we find more of your work?

Mindy Cohn in Two Episodes, 5 and 7 in Season 2

Brad Forenza, writer and creator of Around the Sun, was thrilled to have Mindy on board. When asked about his experience writing for, and working with Cohn on Around the Sun, Brad stated, “Mindy’s resume precedes her, and the rich distinctness of her voice infuses such wonderful humor, depth, and vulnerability into the characters she creates.”

He added, “I think our listeners—and fans of Mindy’s—will mostly appreciate the contrast of her two major episodes,” Forenza continued. “In episode 7, Lonely Planet, Mindy and Bruce Vilanch play Trekkies on break from a convention. It’s laugh out loud funny, but also disarmingly sweet. I don’t want to say too much about Mindy’s other episode, but I will say that—in it—Mindy gives a master class in how to affect a performance using just voice,” Forenza stated, “the emotions are palpable.”

That episode—Mirage, starring Mindy Cohn and Taylor Purdee (Killian and the Comeback Kids) is available as of 11/9/22 via the Broadway Podcast Network. It is also available through the show’s website (www.AroundTheSunPodcast.com), and wherever you listen to podcasts. 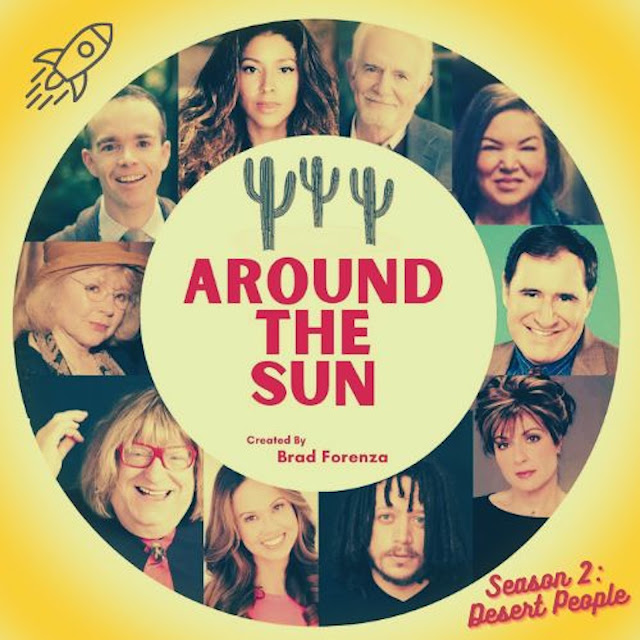