The first ever Gold Standard Arts Festival kicks off on Sunday, April 24th 2022 in New York City. Much more than a film festival, the event includes music, comedy, plays, shorts, cabaret, panels and more. The festival features works by established and emerging creatives over 50, though the content is for any audience.
Festival Co-directors are founders are Caytha Jentis, an award-winning filmmaker and Eileen Katx (former VP MTV, Comedy Central).  Many of the events are at the Goddard Riverside Community Center  but generally all are at venues on the Upper West Side NYC. Covid protocols for the city of New York will be enforced. Please see the website.
Some events are free. Tickets start at $10 and can be purchased here: https://www.goldstandardartsfestival.org/
Opening with a Jazz brunch at Stand-Up NY, Gold Standard Arts Festival features cabaret headlined by Steve Ross, Stand Up Comedy whose lineup includes Judy Gold and Greer Barnes, a matinee and evening of short plays that includes Broadway playwrights Marc Acito, Sheldon Harnick, Tina Howe and Academy Award nominated Alex Dinelaris, and a weekend long of films that includes many new indie films plus special event screenings from Academy Award nominated short Joe's Violin directed by Kahane Cooperman, The Last Laugh directed by Ferne Pearlstein and Hysterical directed by Andrea Nevin.
Here is the entertaining lineup for the week: 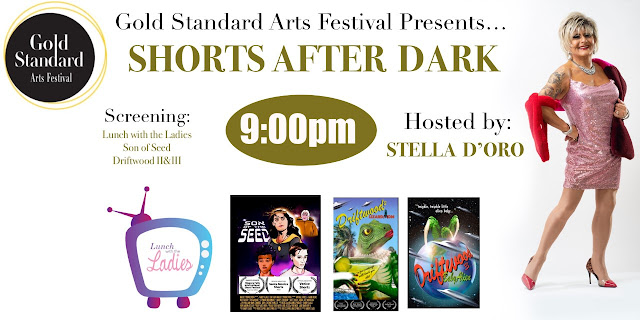 Capping off the festival on the weekend are two very fun events, a Saturday Night Fun Shorts Block and a Reunion of The Other F Word Series with cast members.

The Libby Show: Lunch with the Ladies The Libby Show: Lunch with the Ladies is a new web series from producer and host Suzanne Curry.  This episode is an interview with Real Housewife Margaret Josephs.
Son of the Seed Refusing to accept his royal duties, LEROY the last Emperor of the planet Mustardos, has gone awol and headed to Earth to be an incognito college nerd. He’s dodging his leadership role in pursuit of knowledge and the comforts of a drift-less youth.
Driftwood II – Lizard Mom A Lizard Person Mother in Law wants to get her son back from being abducted by Aliens!
Driftwood III – Baby Alien A young man falls in love with an alien!
A Goldfish Contemplates A sad and lonely goldfish dreams of escaping his fish bowl so that he can fight zombies, halt global warming, and meet Justin Bieber
Tickets via website or Eventbrite:
https://www.eventbrite.com/e/gold-standard-arts-festival-shorts-after-dark-tickets-314876663577. 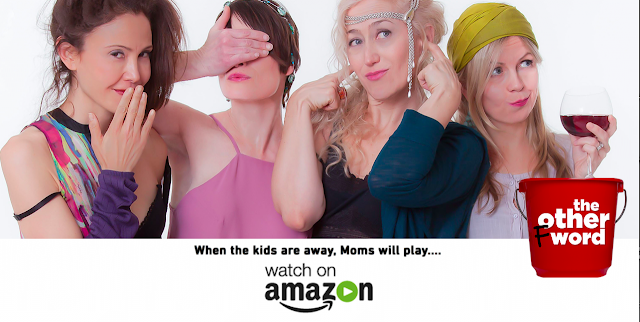 The Other F Word Reunion

The cast/creators of TOFW reunite for a once in a lifetime celebration of the hit web series, an evening filled with iconic memories, uncontrollable laughter, happy tears and special guests because... fun never gets old. If you haven't seen The Other F Word, it's on Amazonand other platforms. Think Sex in the City but over 45.

Free to the public. Tickets via website or Eventbrite:
https://www.eventbrite.com/e/gold-standard-arts-festivalthe-other-f-word-reunion-tickets-317297574587