Opinion: In these Days of Contrived Romance on TV: Bridgerton is a Breath of Fresh British Air 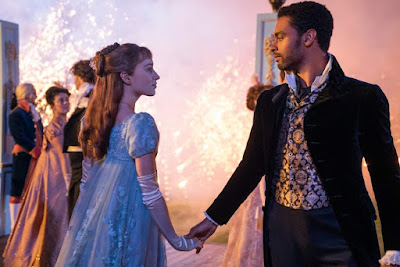 Writer's Note: Bridgerton is a show like no other. Hi, my name Grace Julianna. and I'm an actress moonlighting as a writer for Suzee Behind the Scenes. Beware there will be SPOILERS in this review so please don’t continue to read if you have not yet watched the show. And come back for more of my take on some of the most popular shows available these days.

As I state, Bridgerton is a show like no other. Let me start off by saying I despise the genre that is romance. I think it creates a false fantasy in the audience’s minds and gives off a fake impression of what love is supposed to be. But, not Bridgerton. The minute the dashing Duke of Hastings, Simon Basset, pleaded about his love for Daphne, I fell in love with not only him but the show. The  little monologue he told Queen Charlotte about his love for Daphne was authentic and real. The couple recently found out that the Queen denied their pending approval for marriage, so the next step had to be to prove their love in front of her. Daphne started off with a lie, saying the traditional line, “it was love at first sight,” which made me cringe. But, the Duke immediately cut her off and saved the day.

He exclaimed, “ The young lady flatters me, but it was not love at first sight for either of us… ( she’s) the sister of my best friend, and so romance was entirely out of the question for both of us. But in so removing it, we found something far greater. We found friendship… I have never been a man that much enjoyed flirting, or chatting, or, indeed, talking at all. But with Daphne...Miss Bridgerton… conversation has always been easy… To meet a beautiful woman is one thing, but to meet your best friend in the most beautiful of women is something entirely apart...and so I plead with you not to make us wait.”

And that was the short version. The whole speech is really quite charming. The Duke said it perfectly, they started out as friends, got to know each other on an intimate level, they didn’t rush, and the sparks just naturally occurred. That's how it SHOULD happen. Enough of these movies where the lady character slips, the male character catches her before she falls on the ground, they look into each other’s eyes and enticing music starts playing. It’s overused and phony.

This was only the start to Daphne and the Duke’s relationship. The couple went through real hardships. At first, the Duke was against marrying Daphne, because he knew that she wanted to have children. He told Daphne that he was unable to give her kids, and Daphne accepted that because she loved him. But, Daphne being the keen lady she is, realized that it’s not that the Duke can’t have kids, it's that the Duke doesn’t WANT kids. She wouldn’t tolerate a liar as a husband so she immediately set him straight. She tricked him into getting pregnant, they quarreled and they didn’t even reconcile when she had a miscarriage. 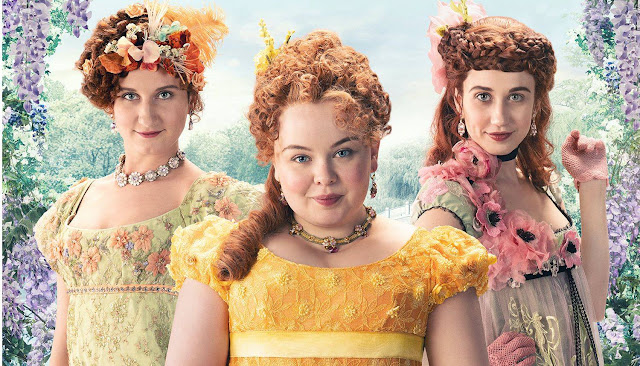 What saved their alliance is when Daphne learned the real reason behind the Duke not wanting to have kids; him having a horrible relationship with his dad, so bad, that on his deathbed the Duke promised he won’t have children so his legacy would die with him. Daphne convinced the Duke to change his mind in the last episode. She exclaimed that she loves him considering all of his flaws, and forgetting how his father treated him, he is WORTHY of love and he deserves endless amounts of happiness with her. The Duke acts like a statue but he really is a big ole teddy bear, at that point of time he was reminded yet again that she was the only woman for him. The last scene of the show is Daphne having their first child.

Love should not be based on fantasy. Love is a lot of things, but without friendship it won’t be long lasting. Coming from a horror fanatic, this is my most positive review on a romance show. It will probably be the only romance show I would write so much about. I can not wait for the second season of Bridgerton, please watch it and fall in love like I did.