Sundance Film Festival 2021 Hightlights: Why three of the Best in the Horror/Thriller Genre are Knocking, Eight for Silver and The Sparks Brothers 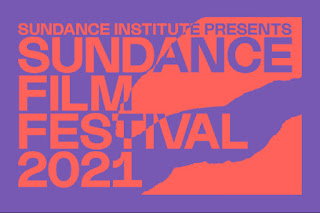 At this time in our lives, cinemas are in dire need of help. Film fans are worried about the effect that Covid-19 has had on the industry. While some theaters are open, not enough people are attending. Even the most avid film fans won’t take the risk of walking through the doors of a cinema. This loss in customers is leading to a lack of business, which causes the owners and supporters of movie theaters to lose hope for future generations of moviegoers.

There are several celebrities, most noteworthy of the group being Steven Spielberg, my favorite director, who share the same sentiment I do: watching a film in a cinema is one of the greatest expressions of joy and unity in one’s life. Due to the isolation that some may feel at the moment, the sense of togetherness and unity that comes alive when sharing the experience of watching moving images flash across the screen is much needed. It is for this reason why we believe that cinemas will survive. (Editor's note: Expect changes within the industry, some of which are happening now (like virtual cinema and day and date and are here to stay.) However, until then, one positive effect that the coronavirus has had on the film world is that for the first time, people all across the world were able to virtually watch films from the 2021 Sundance Film Festival. Here are the three films from the festival that I was fortunate enough to view, and each was unique, albeit in very different ways. 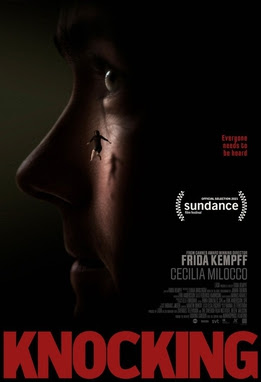 Knocking, a debut horror film by Swedish director, Frida Kempff, relates Molly’s release from a psychiatric ward after a nervous breakdown and the mysterious knocking sounds she hears in her apartment ceiling. As Molly tries to convince everyone that the knocking is real, it becomes a powerful symbol of the words that women utter which certain men deny or refuse to believe. Social commentary, if done effectively, functions quite well in the horror genre because it can portray, in an exaggerated manner, one’s greatest societal fears.
Knocking does this particularly well by surrounding the main character with men who don’t believe what she says and suppress her voice. The film is unique because of how fully formed it is for a debut and how it conveys that an ambitious plot and bigger budget are not always needed to make a great film. Kempff uses as few actors, locations, and special effects as possible to tell a simple story that works perfectly in conjunction with its main theme. What a great commencement to the festival experience!
The second film, Eight for Silver, by director Sean Ellis is a gothic delight shrouded in bountiful fog, eerie woods, and the immense yet oppressive manor houses of a great horror flick. In a much needed revitalization of a werewolf horror film, it seeks to avoid traditional werewolf elements, while also telling a novel origin story. At the same time, unlike Knocking, Eight for Silver sometimes gets too ambitious in its extensive plot and a few of its special effects. It's a treat for fans of the genre!
I will leave the majority of the magic that is The Sparks Brothers, my favorite of the three, a surprise. This documentary definitely blew me away. Director Edgar Wright’s phenomenal cinematic style is perfectly interwoven with the overall tone and stylistic approach of the Sparks band. Both are witty, lovers of all things bizarre, and truly unique.
My Sundance experience was a memorable one. However, I sincerely hope to one day make it there live. In the meantime, be on the lookout for these, in addition to other fantastic Sundance films, that will be streaming soon.
Email ThisBlogThis!Share to TwitterShare to FacebookShare to Pinterest
Newer Post Older Post Home