Attention soap fans! How many of you watched As the World Turns? If you're clamouring for some of its excitment, glamour and intrigue, you will be happy to know that a virtual reunion will be held online on Wednesday, October 28th, 2020 at 8pm on Alan Locher's show, The Locher Room on Youtube. If you're not already familiar with Alan's show, he interviews soap stars as well as other celebrities. Alan spent most of his career doing PR for many of the soap operas.

Cast members from this iconic CBS series will read the last script of the long-running daytime drama which ended ten years ago. The reunion is being organized by ATWT alum Trent Dawson. There is a small fee to watch the reunion. - and it will be used to help build Trent's new artistic effort, a theater in Katonah, NJ called Katonah Classic Stage. Like many actors, Trent is an avid fan of Shakespeare and the classics, and the goal of his new theater is to instill the love of the classics in not just adults but also children. 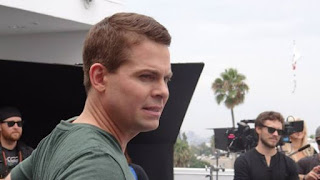 At least 26 veteran cast mmbers are slated now to appear at the reunion - and I heard they have already had a blast rehearsing.  This includes Larry Bryggman, Don Hastings, Kathryn Hays, Elizabeth Hubbard, Michael Park and some surprise guests. Viewers will have the opportunity to comment and ask questions of the cast.

See link below to make a minimum $15 tax-deductible donation to receive a link to watch the live event.