Review of Netlix Film I'm Thinking of Ending Things: Not Your Ordinary Breakup Story but an Ambiguous, Magical and Stunning Example of Visual Storytelling 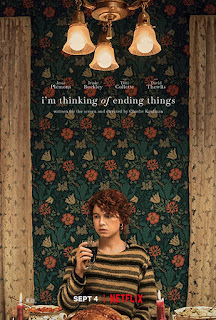 When you sit down to watch the Netflix film, I’m Thinking of Ending Things, do not for one second doubt what you are seeing. You will think that your eyes are playing tricks on you and you will question whether or not the clothing, names and ages of the characters are constantly being modified as the film draws onward. You might even turn it off, taking the firm opinion that there is too much inconsistency to make it a film worth watching, but whatever you do, don’t reach for the remote.

Instead, take heed of my advice: Your mind is not playing tricks on you and Charlie Kaufman’s films will always and forever elude straightforward classification. With that being said, let's venture down the dark and lonely road of regret, pain, memory and what it means to be human with 2020’s I’m Thinking of Ending Things.

At first, the film feels like a “breakup movie,” a simplistic story about a woman who goes on a road trip with her new boyfriend on a snowy, frigid day, to have her first dinner with his parents. At the same time, she is mentally debating whether or not she should break up with him, hence “I’m thinking of ending things.”

However, if anyone has even the slightest familiarity with Kaufman, they’ll know that his films never flourish on the surface and what looks like the basic plot of the film is a guise. In fact, the trip is a mere skeletal structure on which the groundwork is laid for one of the most ambiguous and original stories of 2020. The film features phenomenal performances from its leads, Jessie Buckley, Jesse Plemons, Toni Collette and David Thewlis and the direction from Kaufman is magnificent. However, what ultimately makes I’m Thinking of Ending Things a magical viewing experience are merely two elements of the film that are wholly unique in their execution, the dialogue and cinematography. Both elements amplify the thematic importance of the film, while also giving subtle hints that prove that perhaps not everything we are viewing is  grounded in reality. 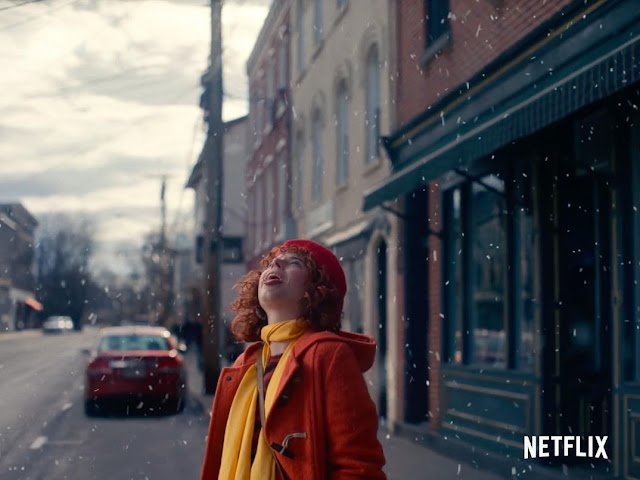 The dialogue in I’m Thinking of Ending Things is perhaps the best example to prove the above point. The balance is not an easy one to pull off, nor is it a technique I can say I’ve seen before, but Kaufman’s wonderfully expressive and poetic dialogue gets the job done perfectly, so much so that it seems Shakespearean in its mastery of the English language. The existential conversations that transpire between the characters relate the main themes of regret, loneliness and mortality. Certain key lines hint at whether or not there is any level of reality to the film, such as the constant changing of the female character’s name, where she works and what she majors in.

The cinematography is brilliant. Kaufman and his cinematographer, Lukasz Zal boast their sensational command of visual storytelling with an immensely dour and ominous color palette. It should be noted that the tight, claustrophobic aspect ratio certainly contributes to another ever present theme, the ability of the human mind to fabricate events to rewrite history. The camera captures the physical alterations of the characters, which again suggests that something is amiss in the main character’s story. But I will not tell you what that is. No matter how many times you see this film, you will never get the full truth because "Sometimes the thought is closer to the truth, to reality, than an action You can say anything, you can do anything, but you can't fake a thought."