Just in Time for Halloween: Why You Should Watch Stranger Things, The Silence of the Lambs, The Haunting of Hill House, The Evil Dead and Hush if You Want some Jump Scares 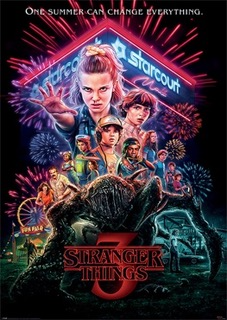 Editor's note: Looking for something spooky or surreal to watch for Halloween - or for that matter any time of the year when the horror bug strikes you? Here's a look at a series and several films from our resident horror critic Ashton Samsonand why he rates them high on the jump scare meter. Read on for a reasons to watch Stranger Things, The Silence of the Lambs, The Haunting of Hill House, The Evil Dead and Hush. If you're new to horror, try Stranger Things first.

How far would you go to save your friends? This is the question posed by the phenomenal Stranger Things, a show that takes place in the 80’s and yet feels very relatable to our current society. The story explores themes that are interwoven with great 80’s songs and layers of horror and sci-fi, the inspiration of which stems from the masters of horror, Stephen King, John Carpenter and James Cameron. The show addresses themes such as the power of friendship and loyalty in face of adversity, which are always of paramount importance, but even more so now.  Indeed they go very far for one another because of the bond between them, which in essence, is the show’s emotional core. Accompany the best teens on the adventure of a lifetime, with suspense, bonding, love and classic horror as you enter the world of Stranger Things. 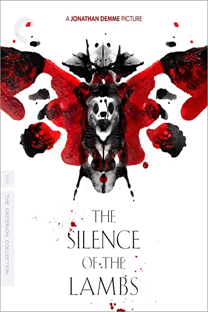 The Silence of the Lambs

Winning five Oscars and receiving universal acclaim is no easy task, but leave it to Jonathan Demme, the director of the masterpiece, The Silence of the Lambs to achieve that goal. It is a masterwork in pacing and story structure that will keep you on the edge of your seat and guessing until the very end. However, what ultimately distinguishes it is Anthony Hopkins’ performance and the ways that the main themes are expressed in almost every element of the film. Hopkins only appears for a brief period of time and yet completely steals the show with his convincing portrayal of a brilliant psychopath. From the title, to the cinematography, plot and more, the movie's themes (a woman working in a man’s world, the loss of innocence and the unfortunate silencing of women’s voices) are emphasized in a way no other film could possibly replicate. 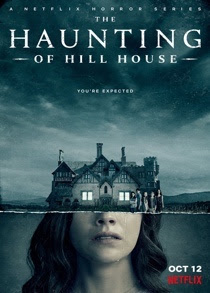 The Haunting of Hill House

Mike Flanagan shows off his love for the genre in this unique adaptation of the classic horror novel, The Haunting of Hill House. He is a master director of horror films and knew that he could reinvent the ghost story by making the apparitions metaphors for grief, sorrow and regret, a brilliant move. He was also able to bring to the table a vast array of talented and high-caliber performers. These choices, combined with Flanagan’s direction, magnificent cinematography and truly ghastly ghosts makes this worth the watch and the nightmares you’ll experience from it.

Sam Raimi’s impressive first venture into the genre is immensely effective at being nothing more than simplistic, frightening and fun. This is a film whose vibe exudes vintage horror because of the sixteen millimeter camera that gives The Evil Dead a rugged and grainy look. The grainy visuals are meshed with the eerie b-movie music, outrageous gore that will never be replicated, and the zany, unique amalgamation of black comedy and gore. This makes for an unprecedented descent into depravity and blood soaked demon horror. 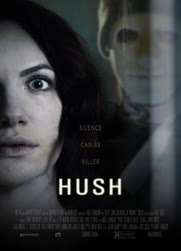 It's arduous enough dealing with the prospect of being deaf in normal circumstances, but when a killer is stalking you it only gets more dangerous. This is one of the main points made in the excellent Mike Flanagan film, Hush. The film’s success is based upon the unique perspective presented, which is that the main character is deaf. She also lives in a home isolated in the woods. Hearing is an essential sense that one might need when facing evil and the fact that she’s apart from the rest of civilization only makes this film scarier and more engrossing. The audience witnesses every sinister moment as evil creeps closer and closer to the final suspenseful conclusion.