Review of Hulu's Little Fires Everywhere with Kerry Washington and Reese Witherspoon: This Twisted Tale of Two Families Is Addictive Yet Heavy so Take Your Time Binging It 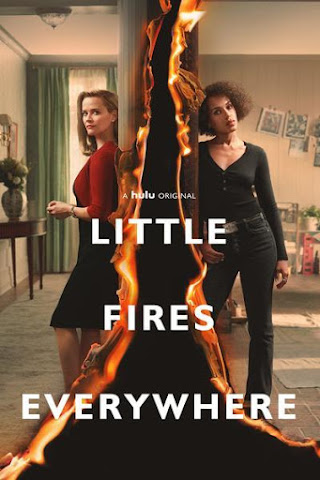 Someone set fire to the house of a wealthy, prominent family in the small town of Shaker Heights, Ohio.

So begins the first scene of this Hulu original, which presents itself as a mystery, but quickly takes you back to the previous year, when everything started. With only one season and eight incredible, action-packed episodes, Little Fires Everywhere is easy to blow through in a week of binging. However, the content is very heavy and intense, so instead of watching it all at once, you might want to spread it out. I compare it to a rich slice of chocolate cake—it’s delicious but best in small amounts.

Little Fires Everywhere follows two families—one being your typical upper-class, nuclear family, and the other being an underprivileged, single-parent family. The show never portrays one family-type as better than the other, but rather highlights the beauty and struggles that can come with both. The families are shown in their most vulnerable states, so over the course of the show you see how their conditions and experiences shape them as people. This is one of the reasons I found the show so interesting; it gives a very intimate view of lifestyles that are so different from my own.

Mia Warren (played by Kerry Washington) and her daughter Pearl (Lexi Underwood) have been traveling around in their 1990 blue Dodge Caravan, living nomadically since Pearl was a baby. They settle in a town for a few months while Mia creates her art, and once she begins to feel restless, they choose a new location. Pearl is a loving daughter who supports her mother in her work, but as the show progresses it becomes apparent that what she really craves is a more stable, predictable life that she sees from so many families around her.

One of these more traditional families that Pearl dreams of being a part of is the Richardsons. Made up of a loving mother and father, as well as four exemplary children, they represent the “perfect” family in small-town Shaker Heights. One could describe Elena (played by Reese Witherspoon) as a “super-mom.” Not only does she write for the town paper, but she also runs her household meticulously by ensuring that the house is consistently clean and organized, a healthy meal is always ready on the table, the grass in their lawn never surpasses 6-inches without being cut, her children are involved at school and on the path to success, and that she looks presentable and put together every single day. However, one could also describe her as a little too controlling and overbearing with her children, unsatisfied with anything less than perfection. 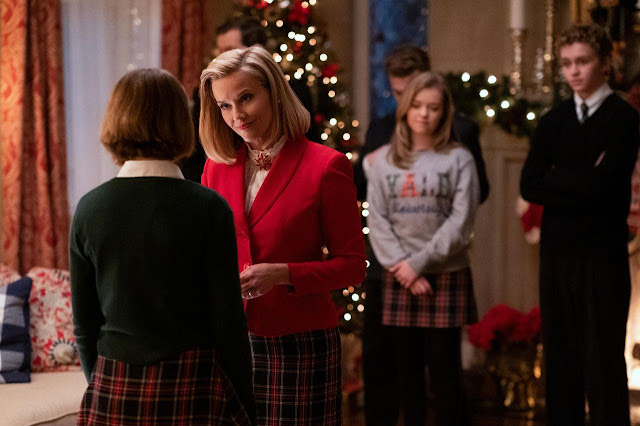 Additionally, Little Fires Everywhere is well-cast, especially the parts of Mia and Elena, who portray their characters perfectly. While there is plenty going on in Shaker Heights—secrets, scandals, revenge—one of the aspects of the show that I enjoyed the most was watching the contrast in mothering techniques between Elena and Mia, which leaves you constantly trying to decide who you like (or dislike) more. This raises a lot of questions to ponder throughout the series. Is it better to expose your children to the harsh realities of life from an early age, or shelter them from problems in the world to protect them? Is it beneficial for the development of your children to be less involved in their lives and let them create their own path, or to put pressure on them to achieve great things because you know they’ll thank you later? I thought this was interesting because the theme of motherhood is something that I don’t see much of in many shows, even though it’s so relatable.

You May Like Julia's Review of The Marvelous Mrs. Maisel:

Additionally, all the teenagers in the show are very relatable. Many high school students will sympathize with Lexie (played by Jade Pettyjohn) who is constantly putting pressure on herself to be the best in order to succeed academically, so she can get into a good college. Trip (Jordan Elsass) is another character who feels pressure from himself and outside influences to perform well athletically, as well as maintain his high social status. Moody (Gavin Lewis) is more introspective and sensitive, and appeals to people his age who are not as popular in school. The character Izzy (Megan Stott) is relatable to anyone who feels like an outcast, even in their own family. Finally, there’s Pearl, who represents not only the “new kid” in school, but someone who is struggling between two identities—one where she feels a part of the glamorous, stable family she has always desired but never had, and the familiar, loving, but chaotic one she has always known.

Little Fires Everywhere is based on Celeste Ng's book of the same name. Liz Tegelaar is the creator.

Overall, I really enjoyed Little Fires Everywhere and recommend you give it a try. It’s one of those shows that makes you question your ideas of what’s right and wrong and the way you think about people. I ended up sympathizing with characters that I never thought I would, despite the devastating mistakes I watched them make, because the show allows you to walk in their shoes and understand why they make certain decisions. You may come away from this series with a different way of looking at the world and a newfound compassion for those who make bad choices, because you learn to consider their perspectives and what led them to make those bad choices.

For More Info and Trailer: