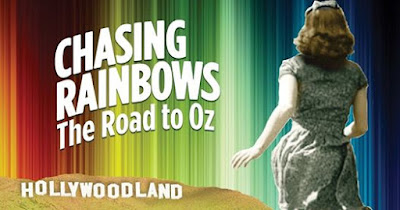 “You always had the power, my dear, you just had to learn it for yourself.” Glinda the Good Witch’s words ring true in the Judy Garland story Chasing Rainbows: The Road to Oz, now playing at Paper Mill Playhouse in Millburn, NJ. The Tony Award winning regional theater springs to life in its 81st season with this high energy, youthful production about the early years of “the little girl with a big voice”.

New Jersey native Ruby Rakos brings down the house as Judy Garland, proving that if you show up in a shmata you better have show-stopping talent. Rakos belts out à la Garland while bringing a quiet authenticity to the role. Born with the unfortunate name Frances Ethel Gumm and equally unglamorous looks, the future Dorothy’s painful and humiliating beginnings on her earnest journey from Hollywoodland to Oz are revealed by Rakos.

“A Star is Born” in the persona of Sophie Knapp who plays Baby Gumm, Judy as a very young girl. Her comedic interpretation is as impressive as her ability to hold a note- for a loooooong time, eliciting the evening’s first whooping applause. Keep an eye on this young sensation. Kudos also to Violet Tinnirello for her portrayal of the endearing yet irritating Shirley Temple. 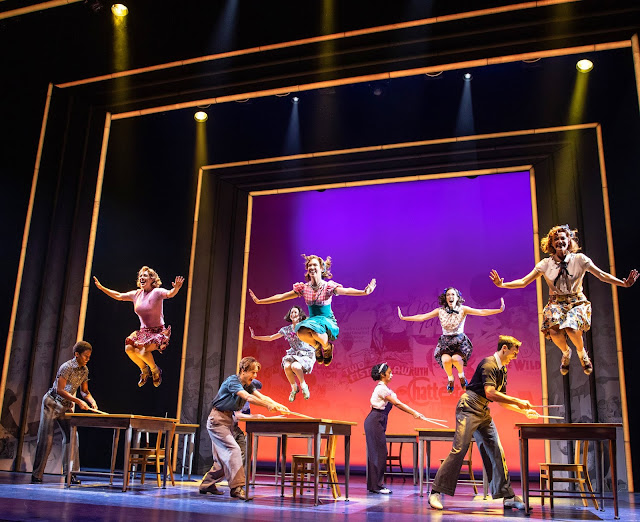 Max Von Essen, with an impressive resume on stage and in film, is Frank Gumm, Judy’s beloved father. With his pure voice he shows the genuine bond between him and his daughter, two beautiful troubled souls. Lesli Margherita in her Paper Mill debut as Ethel Umm, expertly navigates the comedy/tragedy required in the role of Judy’s supportive and critical mother. (Don’t we all?)

Cue the tapdancers! Michael Wartella as the lovable Mickey Rooney dazzles from the start leading the ensemble cast in the high energy and rhythmic number “All Ma’s Children”. Karen Mason, with an impressive twelve MAC awards to her credit, plays both Ma and Kay Koverman, who had the audience laughing with her as the driving force behind Garland’s rise to fame. Together with Roger Edens (Colin Hanlon) and Louis B. Mayer (Stephen DeRosa), we have them to thank for the iconic Wizard of Oz starring - not Shirley but - Judy Garland as Dorothy. 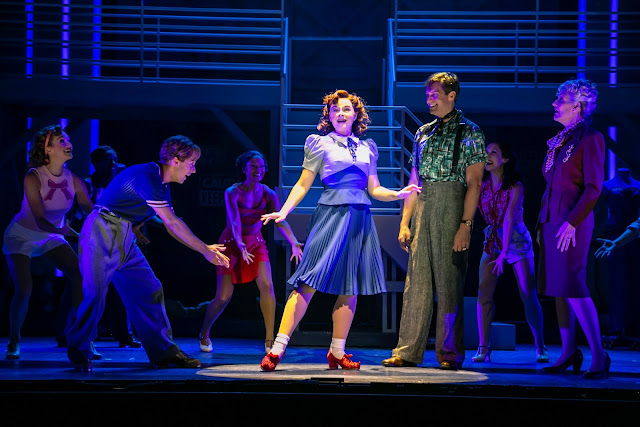 And did I mention that anyone who is anyone was at Paper Mill for opening night? Because I will. Special guests that evening included Lorna Luft, the real life daughter of Judy Garland and half-sister of Liza Minnelli; composer and songwriter Alan Menken; and Tony award winning producer Ken Waissman. Thanks to my friend, the “Hostess With The Mostess” Randie Levine-Miller, I was introduced to Michael Feinstein and privy to a spontaneous duet between them of “Let’s Call The Whole Thing Off”- the Rosh Hashanah version! Finally, a shout out to writer Marc Acito (who I ran into on the stairs) – thank you for thinking you recognized me!

This entertainment site you are reading will always be free to view with limited ads. To show your support:

Directed and choreographed by Denis Jones, Chasing Rainbows runs through October 27.
Chasing Rainbows: The Road to Oz will be performed at Paper Mill Playhouse eight times a week, Wednesday through Sunday. Performance schedule: Wednesday at 7:30pm, Thursday at 1:30pm and 7:30pm, Friday at 8:00pm, Saturday at 1:30pm and 8:00pm and Sunday at 1:30pm and 7:00pm. Season subscriptions are on sale now and are available by calling 973.379.3717. Individual tickets go on sale Monday, August 19, starting at $34. Tickets may be purchased by calling 973.376.4343, at the Paper Mill Playhouse Box Office at 22 Brookside Drive in Millburn, or online at www.PaperMill.org. All major credit cards accepted. Groups of 10 or more may receive up to a 40% discount on tickets and should call 973.315.1680. Students may order $23-$28 rush tickets over the phone or in person at the Paper Mill Playhouse Box Office on the day of the performance.
www.papermill.org
Email ThisBlogThis!Share to TwitterShare to FacebookShare to Pinterest
Newer Post Older Post Home