Interview: Wé McDonald from NBC's The Voice is Sweet and Powerful in Many Ways - See Her at the Iridium and in NJ in June

If you don't already know this Jersey girl, meet Wé McDonald (pronounced Way) from Season 11 of NBC's The Voice. She was a semifinalist, taking third place that season. During that season this young girl partnered up with such legends as John Legend and Alicia Keys, and her voice went down in history. Wé  has an intensely sweet talking voice, and I heard that during our interview. But once she sings, the power and melody envelops you. And what I learned, is that this talented young lady is not just powerful in her music, but powerful in her beliefs and deeds.  At such a young age, Wé  considers herself very blessed and lucky and knows it's her time to give back. The platform of #The Voice opened up her eyes as well as her vocal chords. It not only gave everyone the chance to hear her voice, but also the opportunity to start giving of herself.

For Tickets to see Wé at the #Iridium in NYC on June 21st
https://www.wemcdonaldmusic.com/

Wé  is currently touring around the United States, with her music and for the children's book that she authored, which is based on the bullying she experienced in her life. She's also done work for several charities, including World Vision and TEEEM.org, for which she is performing at a benefit concert on June 29th in Ridgewood, NJ.

For Tickets to see Wé McDonald at #Bergenfest in Ridgewood NJ:
https://teeem.org/

Read on to find out more about this special young lady.

Life After The Voice and Meeting Mr. Bennett
I've been doing so much! Well, first I finished up my semester at college. Then, I performed at a lot of galas. I got to perform at The Apollo, and meet cool people like Charlie Wilson. Oh, and Tony Bennett - I got to sing with him. He was so cute. He's great. I looked at him and i'm like, he's still kickin'. And a funny story what I remember is that when we were about to perform he ran out on the stage. I was  like, 'I can't  even do that right now."  I was so impressed. I've also been going to places to promote my book, like New York City schools and other places. 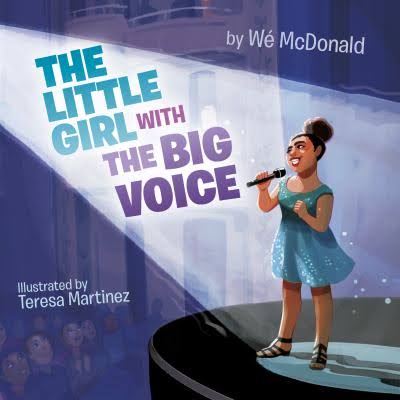 On Writing Her Beautiful Book
Writing the book was not necessarily something I thought I would do. but it was something I knew I had to bring attention to because it was such an important topic for so many people, young and old. I to approached by a lot of people who asked me to write a book. They said would be a great thing to do, that they'd get me an illustrator, and luckily I had that chance. And I think it came out very beautiful.

On Giving Back at  a Young Age
I like to help children. I was to give back as much as I can. What kids don't see these days is people who look like them, or people that relate to them becoming successful and then reaching back out to them. hey see people associated with non-profits that are older, or they see big celebrities. They don't see themselves. People in my age group or young, they don't see them working with non-profits. So my goals is that they get to see people their age giving back. That's what I like about TEEEM. (Note: TEEEM.org works with students who in turn support children, women and families in impoverished nations around the world).                               .
A great example of this is Rihanna. I love Rihanna, she's a great role model. She does a whole lot of philanthropy and humanitarianism. And she's an entrepreneur too. 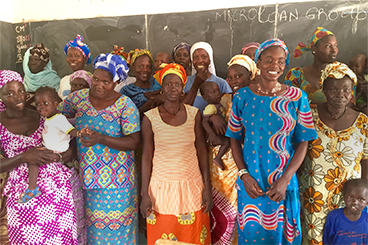 On Hope in Africa
I think it's amazing what TEEEM.org does in Africa and other countries. I went to Rwanda for World Vision. (I had to get three shots, but I'm not squeamish so I was okay with it!). They do great things for people like give them clean water, medical care, etc.)  When I was there I saw a lot of impoverished people, but something I was not expecting to see there - a lot of hope. I think in American, we often lack hope in bad situations. So in that moment, when they don't have shoes on their feet, or are wearing pieces of clothing, they have hope. In America we have a skewed version of what Africa looks like. It was very beautiful, very future forward, it was great. 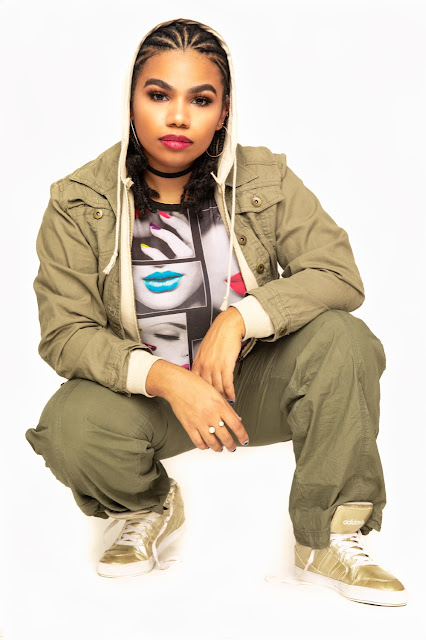 What genre? I'm working on a whole bunch of music I guess you could say  "pop" and I'm saying that with a little bit of space because I want it to be popular!! I released a song earlier this year and I am releasing another. I am working on some songs over the summer and then I'll have an EP together.

Inspiration for her Songs
I write my own songs. I write about everything. When it comes to songwriting, there is nothing that can hold me back. I can write about love.. at like a gas station! A song can be about any topic. A song can be about love.. anything.. but it's all about how the listener interprets it - so it is different to different people.

I do a little bit of everything for my music every day, but right now my main focus is promoting my show at the Iridium in NYC on June 21st, 2019 and also performing in other places. This is the first time in a year I am performing in the NY/NJ area. I've been all over like Colorado, Florida, Chicago. People have been begging me for more music so I am working on it! IEven though THE VOICE has been awhile ago. People still recognize me. I have an amazing army of fans that I am so grateful for.

I'll be doing two sets, one with Jason Recht on guitar and one set on my own, probably about 5 songs.

Something people don't know about me...hmmm... I cannot practice or do a sound check with shoes on. I have to take them off and feel the earth.