HBO Documentary: The Many Lives of Nick Buoniconti Profiles this Football and Legal Legend - Exclusive Interview with Gail Gordon on this Hall of Famer 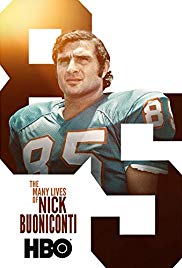 HBO has a new documentary airing, "The Many Lives of Nick Buoniconti." Nick was a football player at Notre Dame and in the AFL, Hall of Fame Miami Dolphin, sports agent, corporate executive, fundraiser and more. His family and his family's world revolved around football, as his son also played the game, but whether or not football was good for their family is something for the viewer to determine. Nick's son was paralyzed 33 years ago from playing in a football game for the Citadel, and Nick, who described himeself in the past as a "Renaissance" man always relearning, seeking new adventures and successfully battling challenges now suffers from dementia. He has said that he had over 10 concussions.

The story is told through the eyes of the family. Reviews coming in say that it is a brilliant piece of work by female producer Bentley Wiener, from HBO's "Inside the NFL". She lets the family and others who know him form and drive the story. It is narrated by Liev Schrieber.

I had the pleasure of speaking to Gail Gordon, NJ Attorney and wife of former State Senator Bob Gordon, who was the Chief of Staff for Nick from 1984-1991 while he was President of US Tobacco and who is featured in this #HBO documentary. Gail was honored to be a part of it.


When was the film made?

The documentary was a year in the making.  The segments with Nick speaking to the camera (did you watch the trailer) were short over 4 days, as his dementia (football related) has become so profound.  Those were shot last May and he has deteriorated significantly since then. 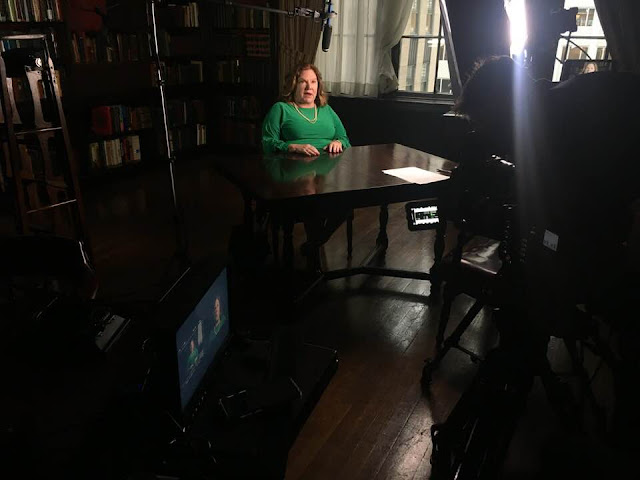 The HBO producer Bentley Weiner interviewed TONS of people and she pre-interviewed me last August.  I was excited to be part of the process, but did not expect to be filmed, or included.   I was shot in October.  When I saw how she was laying out the film, she essentially had one person covering each significant segment of Nick's life -- and I was the corporate person, as I worked closely with him when he was President of US Tobacco.

Why was this period of time significant?

It was during that time that his son Marc, was paralyzed. Instead of sulking about Marc, he jumped into action recruiting and raising money for spinal cord injury research.  We literally worked 24-7 getting his celebrity friends to do special events and make donations.  It was like an intensive political career.  They were the best years of my life.

What would you tell people about this documentary?

I adore the Buoniconti family and was only too proud to be in the documentary, I just hope my small part does the piece justice. It's a unique and poignant American story.