Interview with Actor/Producer David Alan Basche: On Hatching an Egg, Being Married to A Warden, Raising Kids and Being A Really Neat Guy 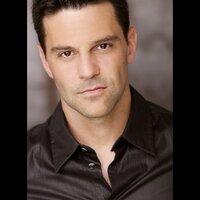 Actor/Producer David Alan Bashe plays a tough business man in his new movie EGG, which he also produced, a far cry from his most well-known gig on TV, playing an affable and very likeable dentist on TVLand's The Exes. In this interview the multi-talented David shares how his true personality is much closer to that of his character on The Exes. Read on to find out more about David's new projects, working with his wife (actress Alysia Reiner, OITNB) and what principles guide his life.


You've been all over TV and film..comedy, drama and more. What is your favorite genre to act in?

David Alan Basche: Theatre is my absolute favorite medium, but on TV my first love is still comedy. I just love making people laugh, and that’s usually at my own expense so that keeps me humble, too.

What is your favorite genre to watch? 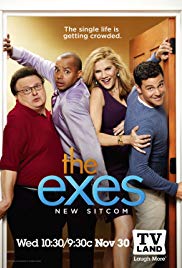 David Alan Basche: Lately I’ve been watching “Bosch” on Amazon because I love detective shows, and Titus Welliver is spectacular. Of course I watch “OITNB” because I’m married to the Warden! And on HBO the show “Barry” is astoundingly hilarious. We’ve been rewatching classic films with our 9 year old daughter, so: ET, Jurassic Park, and Raiders of the Lost Ark!

You're Twitter profile says you're a neat freak. I seem to recall your character in the Exes being that way. That is one of my favorite comedies. Tell me about your role on the Exes and if you drew from real life for that character or from anywhere else..

David Alan Basche: Yes, in fact my character of Dr. Stuart Gardener on “The Exes” was not a stretch at all. We were both compulsive cleaners and both naive optimists, so I had a lot of fun playing him.

When did you know you wanted to be an actor? Was there a specific role or actor that inspired you?

David Alan Basche: I was kind of a troubled kid and someone at Norfeldt Elementary School in West Hartford, CT made the mistake of casting me as Tom Sawyer in the musical “Tom Sawyer” in sixth grade when I was about 11. That was it, I was hooked. 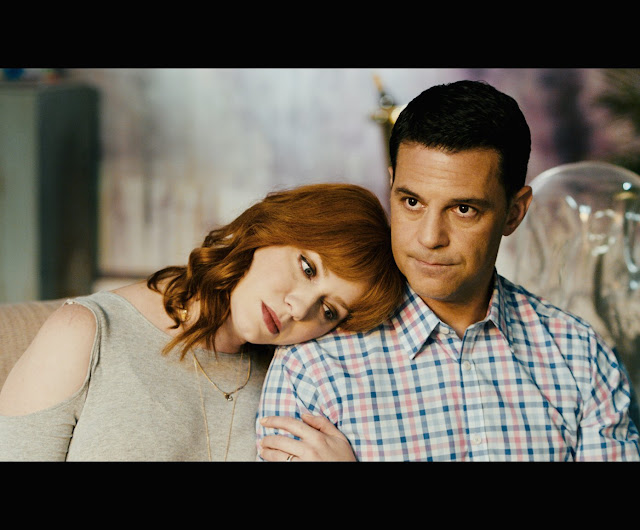 Tell me about Egg, which you produce with your wife Alysia Reiner. How did you come to hatch this project?

David Alan Basche: Egg-cellent question! We first did a reading of Risa Mickenberg’s “Egg” more than ten years ago when it was a play, and it stuck with us. Last year we ran into Risa completely randomly and she had just finished the screenplay version. We read it and dove in, with the insightful and accomplished Michele Ganeless also producing.

David Alan Basche: Ahhhh, Don. What can I say about Don except that he’s an asshole much of the time? But then again, Don’s observations of people and their neuroses can be spot on, so he’s not a total tool. Plus, he basically instigates the main plot twist in the film, and I’m proud of him for that. 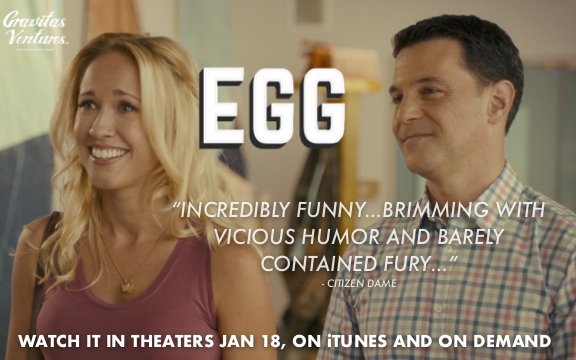 What are some of the most important lessons you want to teach your daughter?

David Alan Basche: Too many to list here, so I guess the first lesson is: you can’t answer all the questions in life all the time, sometimes you have to focus in on the issues that are important to you and then give them 110%. Also, the Golden Rule is pretty much gonna get her through life in a way that she can sleep at night and be proud of who she is. Yep, the one rule. It’s a good one.

What are some of your newest and upcoming projects/ What's Almost Home that I've been hearing about?

David Alan Basche: In Almost Home I play - surprise! - a terrible person who takes advantage of children. Just terrible, but yes that film hits the festival circuit soon. I’m developing a kids show and also an international espionage show at the moment, and shadowing TV directors with an eye towards adding directing to my repertoire.

And a little more about David now....


Island or mountains? ISLAND, THEN MOUNTAINS!
Going to the movies or watching at home? GOING TO THE MOVIES!
Favorie take out food: CHIPOTLE!
Motto you live by: “There’s nothing either good or bad, but thinking makes it so.” (Shakespeare, Hamlet, Act II, scene ii)

To Connect with David:
https://twitter.com/DavidABasche

You can see David in EGG
with Alysia Reiner, Chritina Hendricks, Anna Camp
and Gbenga Akkinagbe on most streaming platforms.

Watch David in Equity on DVD, Stars or on streaming platforms.