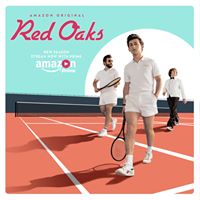 1. The body swap episode was an homage to 80's body swapping movies, like Freaky Friday and 18 again. That was the first episode Amy Eckerling directed. Craig Roberts (David)  said his back hurt after doing the episode.

2. David has a British accent, and needed a voice coach to learn an American accent. Also, he is a fan of video games.

3. On the other hand, Ennis Esmer, who came to North America from Turkey when he was three.has no accent..

4. Hair, There is no exaggeration in the hairstyles of the 80's for Northern Jersey as depicted in the show. That is what they looked like.

5. Paul Reiser and Richard Kind also worked together on Mad About You.

6. Only the original episode was filmed in a country club in New Jersey, where the show takes place. The rest was filmed in bordering New York Rockland and Westchester counties because of the tax incentives there.

7. The premise of the show came from show creator Gregory Jacobs, who grew up in northern NJ and worked at country clubs.

8. King Kone is an actual ice cream shop in New York. Alexandra Socha and Oliver Cooper ended up using a total of 36 cones to film their scene together.

9. Since the show filmed every summer and at a club, the actors said it was like going "back to camp" each year.

10. On his college application, David's address reads Cedar Lane in River Vale, NJ. This is a real street.

11. Red Oaks is a fictional name, but it is the name of the street next to a real country club where the show was filmed in Northern NJ.

12. The new season contains 6 episodes. The creators knew exactly what would be the last line said in the show. What will it be?